Nokia, the brand that is slowly reviving from its ashes is strategizing to make a place in the market with what it was best known for, Feature Phones! Nokia recently has launched two phones namely, Nokia 105 and Nokia 130 which are the revived model for 2017. 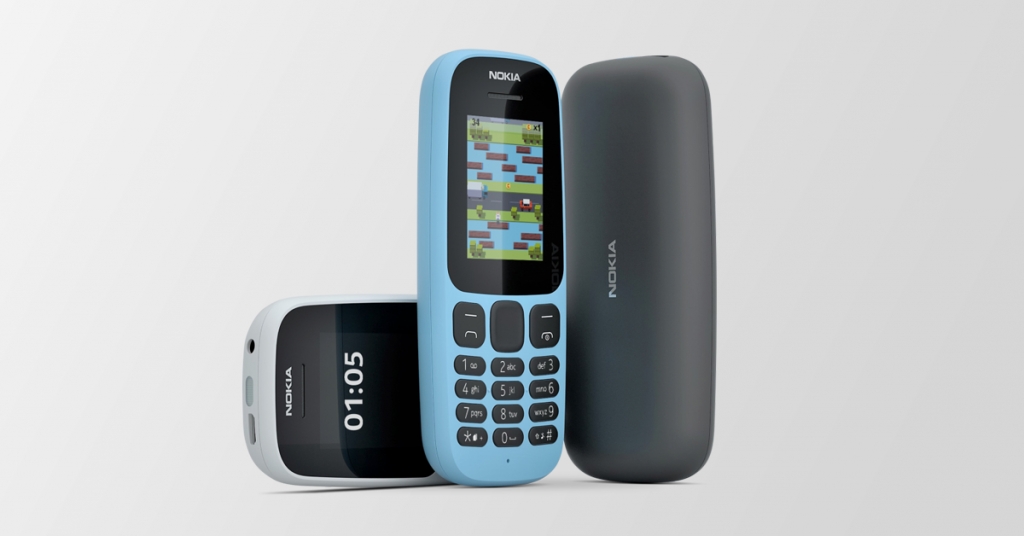 Among the two, the Nokia 105 is a basic model which comes with 1.8’’ QQVGA display. The phone has an agronomical form factor with its curved polycarbonate body. It also features New island keymat with separated keys for greater usability. It carries 4MB of ROM for storage with no expandability option. The phone is also backed by 4MB of RAM. Nokia 105 has F.M and flashlight functionality. The phone sports an 800mAh battery giving you 15 hours of talk time and a complete 1-month backup. Nokia 105 comes in two variants, Single SIM ($14.5) and Dual SIM($15). The Nokia 130 is more feature rich among the two. It sports the same 1.8’ QQVGA display. It also exhibits a curved form factor making it easy for usage. It comes with 0.3MP Rear Camera which is also capable of shooting videos. The new Nokia 130 has Bluetooth Connectivity and Music Player as features. Talking about its internals, the phone comes with 8MB ROM with expandability option up to 32GB and also comes with 4MB of RAM. The 1020mAH battery offered by the Nokia 130 will give around 16hours of talk time, 44 hours of music playback and a month long standby. Nokia 130 will be priced at $21.5.

These phones come to best use when carried as a secondary phone as they have 1month long battery backup. Charging these phones once, you won’t have to worry about it too much. Both these phones run on S30+ Software UI by MediaTek which allows the phone to run applications such as the Opera Mini Browser, BingSearch, MSN weather and much more. They come Pre-loaded with Snake Xenzia game but the Nokia 130 offer additional 5 try-and-buy Gameloft games. Nokia 105 and Nokia 130 is made up of a polycarbonate shell that keeps its color even when scratched which shows the toughness of Nokia phones.

With official distributor of Nokia phones in Nepal, we can expect these phones to launch in Nepal!