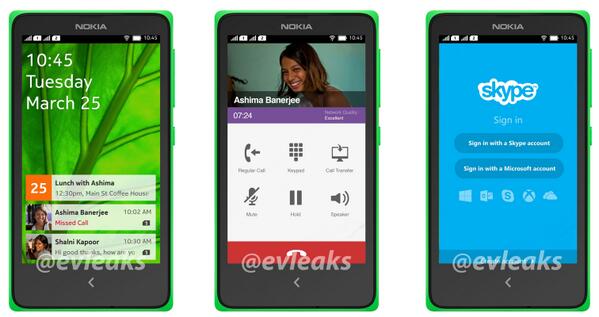 Something we have been hearing since long time but never really thought could happen was Nokia making an Android device. Yeah, it looks relevant and completely plausible but hey, what about Lumia? They’re doing so good in that department. In fact the salvage point for Microsoft towards their own Operating Interface is the Lumia Series.

However, constant leaks suggest that Nokia is into one, Or it is into some sort of modified Symbian OS of its own. Maybe it will have some elements from the Android OS or maybe it will be the same interface that the Symbians have got with a little bit of tweak and turn.

Images of Nokia’s Android phone — code-named Normandy — were published in November, showing what purported to be a low-cost smartphone that would run with a custom implementation of Android. Now another picture of the phone has appeared on Twitter, showing an apparent “engineering prototype” with a prominent back button and the Nokia logo on a live screen.

Here are some images though to keep you on the seats: