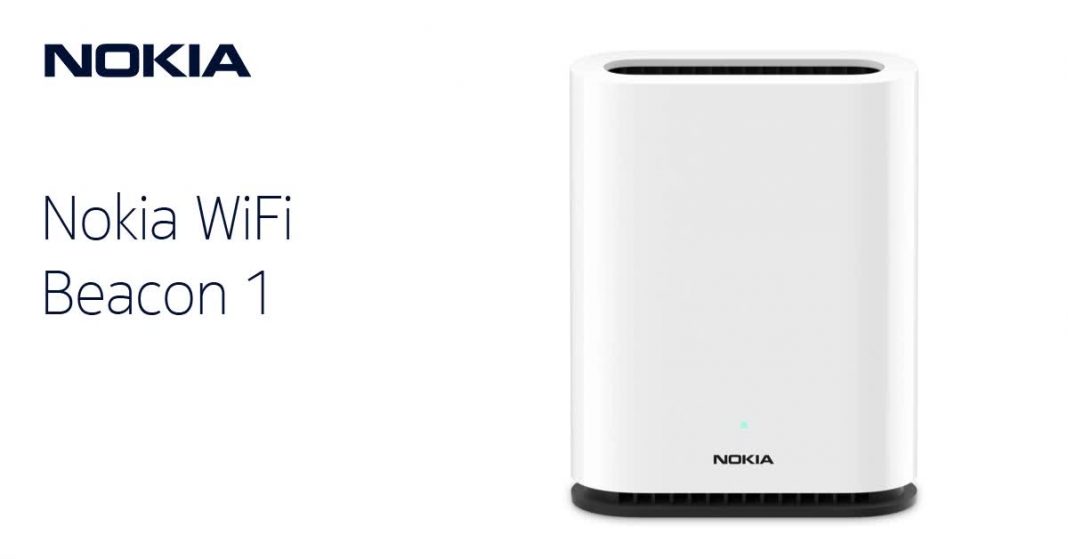 When Nokia launched the Beacon 3 router last year, it followed a different approach with a more homely looking device instead of antennas projecting out of a box. Of course, there are others like this such as Amazon’s Eero and Netgear Orbi. But Nokia’s venture into home accessories is a new thing. And now, it launched the Nokia Beacon 1 – a similar mesh router with some limitations but new features, too!

For perspective, Nokia’s Beacon 3 is a $200 mesh-router that offers speeds of up to AC3000. The Nokia Beacon 1 is a similar mesh-router, cheaper at $129, works on the same 802.11 ac Wi-Fi standard, but is limited to speeds of only AC1200. In layman’s terms, that number refers to the maximum theoretical bandwidth (in Mbps) the router is capable of reaching. But despite that, the Beacon 1 has some new features that enables it to make the most out of its available bandwidth. It’s Intelligent Channel Selection feature allows it to switch between available 2.4 GHz to 5 GHz channels or bandwidths. This means, that it can pick the best one with less congestion. Also, it will avoid interference with local devices like micro-waves, or some audio equipment, or such. It can identify the devices in your network and optimize their connection accordingly. For instance, if you’re streaming movies on your laptop, it can prioritize that device and choose a less congested channel. For now, this is the only affordable home router capable of switching between channels automatically.

Besides that major difference, the Beacon 1 is smaller, and only has one gigabit Ethernet LAN and one WAN port. Whereas, the Beacon 3 sports one WAN port and 3 LAN ports. In addition, the Beacon also has a Bridge mode. This comes in handy to use it as an Access point, for the router from the default ISP.

Another good thing about the Beacon devices is that they work with the Beacon app on your phone. That app makes for easy installation and also features a detailed heat map showing the network signal strength around the house. So, you can also know where the signal is the strongest or the weakest.

That’s a lot of interesting features for a home router. If only we could get such routers here in Nepal as well…