Nokia launched the C2 back in March of this year. However, the company quickly succeeded with the Nokia C3. The new device comes with more RAM, a bigger display, and the full-fetched version of Android compared to the Go Edition in its predecessor. However, is it worth upgrading to? Let’s find out in our detailed review of the Nokia C3.

With the traditional bezels on the forehead and bottom chin, Nokia C3 does not quite look like a device from 2020. However, it does not look that old as the original Nokia C3 from 2010. We all remember the original Nokia C3, right? The device with its physical QWERTY keypad was quite big at some time in Nepal. Let’s get back to the 2020 iteration. The side bezels might add to that the annoyance if you are looking for the full-immersive view.

Other than that, the device is well built. It is sturdy and does not feel cheap at all. The device is available in two color options – Blue and Sand Gold. HMD Global has also improved some of the visual aspects of the front by shifting the position of some of the sensors and logo branding. The front-facing flash has also been removed.

The volume rocker and the power button is placed on the right side of the phone. On the back, Nokia has included a more elongated camera module. There is a fingerprint scanner just below the camera bump. The speaker grill has also been moved from the rear panel to the front of the device.

Nokia C3 sports a 5.99-inch IPS LCD screen, which is slightly bigger than its predecessor. However, the resolution has remained unchanged at 1400 x 720 pixels. There is not much to talk about the quality of the screen. However, you take a closer look at the smaller icons and logos, you will notice that they lack a certain level of sharpness.

Even said that I used the device for my online classes and faced no problem with the display. However, if you are thinking of enjoying your favorite music videos on YouTube, you will be bummed to find out that most of them don’t even offer the quality option. Also, you will struggle with the visibility if you use it outdoors. Similarly, the janky layout that we reported on our Nokia C2 review has not been fixed yet.

In terms of performance, the Nokia C3 packs in Unisoc SC9863A. It is an octa-core chipset based on a 28nm process and features cores with a clock speed up to 1.6GHz. In real life usage, the processor is comparable to the entry-level Snapdragon 439 from Qualcomm. It is paired with 2GB of memory and 16GB of internal storage. On the software front, it runs on Android 10. With such a bare minimum of specs, and the full-fledged Android software on board, the phone was not going to be the best performer. There is a noticeable delay when loading up any apps and, the heavier the app, the longer the loading period. Similarly, the device freezes for a few seconds after each restart. Toggling with the animation setting under the Developer Options doesn’t help either as the system animations are off by default. I installed and used apps like Facebook, Messenger, Microsoft Teams and they all ran well.

To test how the phone handled games, I installed and played a handful of games on it. During this review of the Nokia C3, I faced some issues with the touch response and the loading time but other than that games like Clash Royale and Among Us were playable. I even tried PUBG Mobile Lite on this device. You can bump the graphics and frame rate settings to up to HD and Extreme, respectively. While the gameplays gets choppy at times, it is still playable. However, it takes a toll on the battery and the device starts heating right away.

The photos look blurred and washed out. They also don’t retain much of the details. There is no dedicated night mode and the LED flash does not help much either. The photos taken in dark conditions are full of grains.

Here, the 5MP front-facing camera suffers a similar fate. If you keep the overexposed sky aside, the selfies are decent looking.

However, it starts getting grainy under poorly-lit conditions. On top of that, Nokia has removed the LED flash that was there on the Nokia C2.

Nokia C3 packs a 3040mAh battery which is an upgrade from the 2,800mAh battery on its predecessor. However, the company did not bother to upgrade the charging technology. That is why the 5W charger included in the box takes 3 hours and 50 minutes to charge the device from 0 to 100%.

On a full charge, the device lasted me a full day. With a few hours of online classes of Microsoft Teams, limited gaming, and web-browsing, I had to plug the device into the charger only at the end of the day. 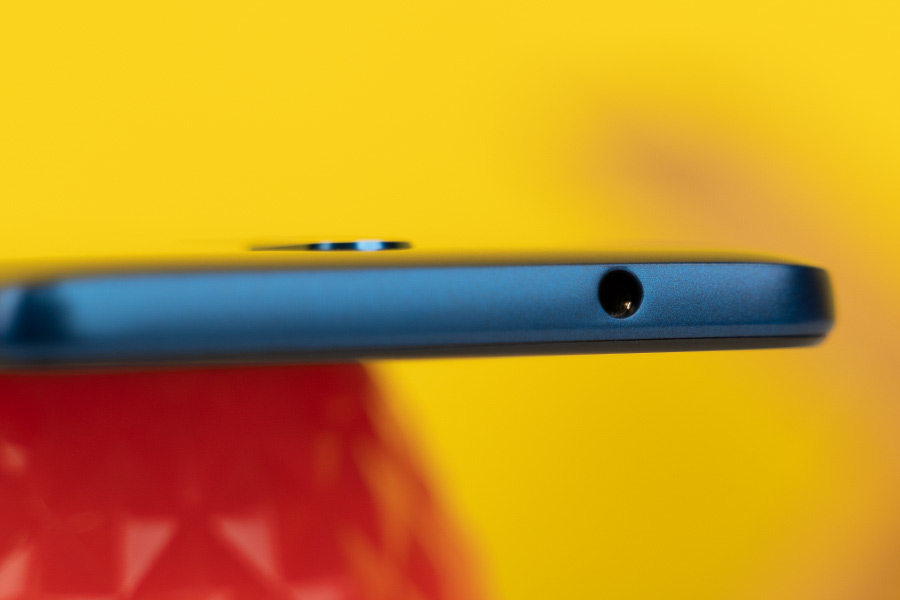 No matter how you hold your device, your hand won’t block the audio output as the speakers are placed up front. However, the front-firing speaker in itself is not that loud. And turning up the volume muffles the sound. Nokia C3 also features a capacitive fingerprint sensor that is mounted on the back. There is a noticeable delay between the scanning and unlocking of the device. It can be used to bring down the notification panel too. The device also comes with an earphone inside the box which is becoming rare in a budget device these days.

Nokia C3 is a device meant for people who are switching from bar phones to Android smartphones. The device looks and feels premium than its price tag and thus can be great for gifting it to non-tech savvy family members and friends. It brings a decent battery life and a fingerprint sensor in the budget segment. However, I would have liked the device even more if it had improved cameras and at least a 10W charger. Also, the traditional bezels on the phone may not be everyone’s preference.