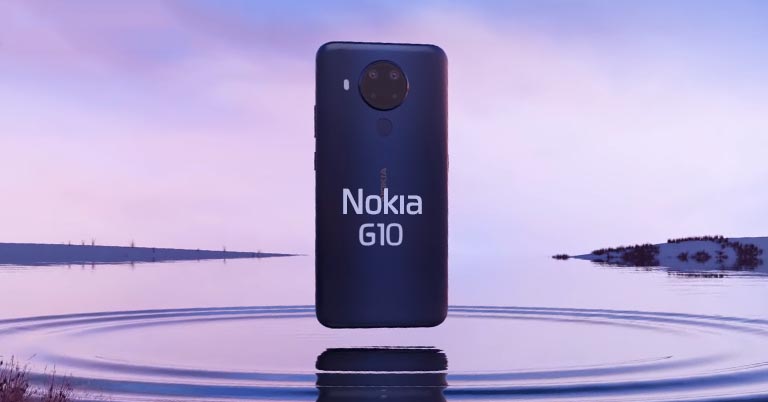 Nokia N-Gage from almost 2 decades ago was a radical gaming phone. With its extreme design language combining a full-fledged feature phone and a handheld gaming device, it sure was a head-turner. After re-entering the smartphone business under HMD Global, Nokia has been continuously pushing out budget to flagship Android phones. And now, it looks like the company is venturing into the gaming market if the new rumors are to be believed. Here, the upcoming Nokia G10 could be the company’s first gaming-oriented smartphone.

This news comes from NokiaPowerUser who first spotted a device with the model number “TA-1334” in the TÜV certification. While this phone was previously speculated to be Nokia 6.3/6.4 (even appearing in Thai certification), the latest development suggests that it’s likely going to be the new G10 instead. It’s also important to note that this will be the introduction of Nokia’s G-series smartphones.

Moreover, the phone also appeared on a Russian retailer’s website. From what it seems, Nokia G10 isn’t going to be your top-of-the-line gaming phone with the latest and greatest hardware. The listing reveals that the device will come with a 4/64GB memory configuration. Additionally, it might have a 6.38-inches HD screen and a quad-camera setup led by a 48MP sensor. It will be followed by an ultrawide, a macro, and a depth sensor. Upfront, the phone is expected to have a 16MP selfie shooter.

Other info about the Nokia G10 includes a 4000mAh battery with Type-C charging, Android 10 OS, rear-mounted fingerprint sensor, etc. However, it is entirely possible that all this info is merely a placeholder for the actual product description. This is a pretty common practice among e-commerce websites so it’s all hearsay for now.

Is it really a gaming phone?

Even if the present info indeed turns out to be true, then we’re looking at a pretty underwhelming gaming phone. Maybe Nokia wants to kick things off with a budget-oriented gaming device instead. As a result, we expect the Nokia G10 to equip MediaTek’s Helio G-series chipset. Here, the speculation of the phone being a gaming-centric device solely comes from the ‘G’ in its naming. In the end, the Nokia G10 might very well turn out to be yet another budget phone from the company.

Nokia H10 to tag along

On top of this, HMD Global is also expected to launch the Nokia H10 smartphone. According to a Finnish leakster Teme, the company is also working on the H10 series of devices. But that’s about everything we know in that regard for now.

As of now, there’s really not much known about the upcoming Nokia G10. The company could launch this phone in Q2 2021 at best. So, we’re gonna have to wait a while to learn more about its specs, official price, and availability.