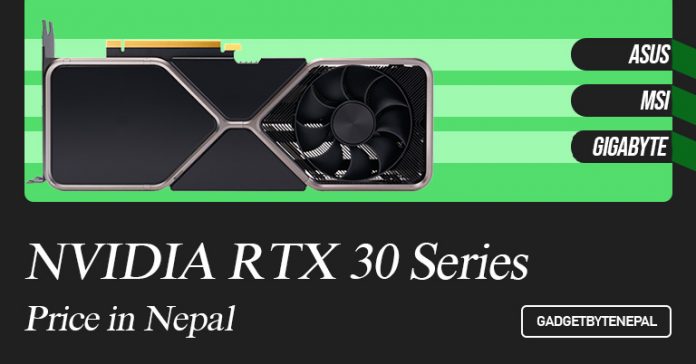 NVIDIA announced the GeForce RTX 30 series of graphics cards back in September 2020. The company claimed that the performance difference between the new cards and their predecessor is the biggest ever in the GeForce lineup’s history. In this post, we will look at the specs, features, availability, and price of the NVIDIA GeForce RTX 30 series graphics cards in Nepal.

NVIDIA’s CEO Jensen Huang announced the new RTX 30 series at a virtual event. The latest RTX graphics cards from the company are based on the new Ampere architecture and are manufactured under a custom Samsung 8nm process.

This new process allows NVIDIA to fit a significant number of transistors in the cards (28.3 billion in the case of RTX 3090/Ti). With the new architecture, team green is claiming up to 2x performance and 1.9x power efficiency compared to the Turing-based RTX 20 series. 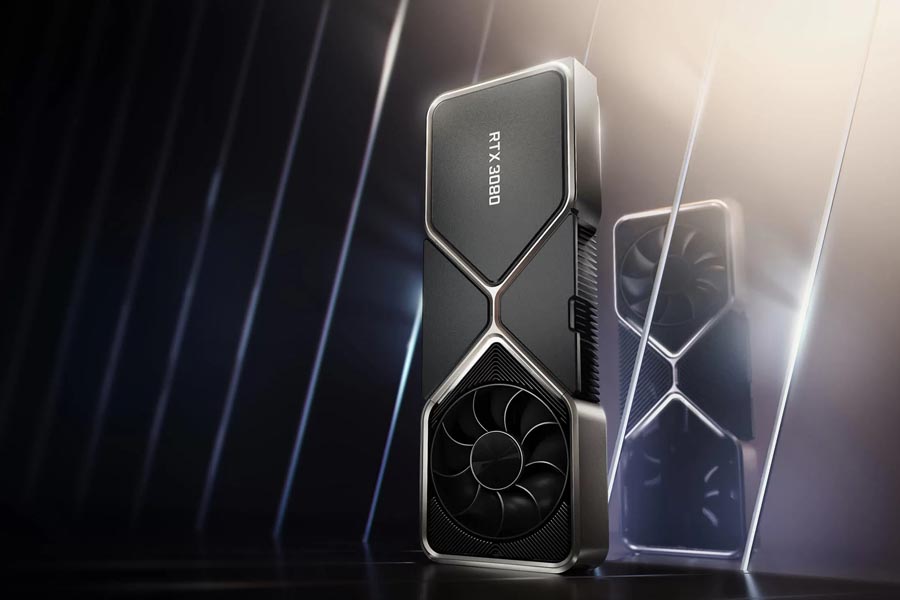 Finally, we have the entry-level RTX 3050. Like the RTX 3060 series, this one also targets 1080p gaming. With a 128-bit of 8GB GDDR6 memory on board, this graphics card should suffice the needs of most budget gamers who want to play ray-traced games. According to NVIDIA, 3 of the top 5 GPUs on Steam belong to the GTX 50 series. And with all the capabilities of the 3050, the company is hoping people would finally upgrade to RTX. Like RTX 3060, there is no Founder’s Edition RTX 3050 either.

During the launch event, NVIDIA also announced three new technologies in the RTX 30 series that will offer a better experience to gamers, streamers, and esports professionals.

It is a combination of tools designed to allow gamers to measure and reduce their system latency. Popular gaming titles such as Fortnite, Apex Legends, Call of Duty: Warzone, and Valorant will come integrated with NVIDIA Reflex’s Low-Latency Mode. It is claimed to be capable of reducing the latency by up to 50%.

Similarly, the Reflex Latency Analyzer tool will be integrated into the upcoming 360Hz NVIDIA G-Sync Esports displays. It will help users to evaluate the latency in their gaming setup. For example, the tool can measure the delay between the mouse’s input and the time taken by the pixel to change accordingly.

It is a tool for live streamers. This universal plugin will use RTX-accelerated AI effects like audio noise removal, virtual background effects, and webcam auto frame to improve the quality of the home setup of streamers.

With the Omniverse Machinima, the company wants to take story-telling to the next level. It comes with tools like the path-traced viewer, an engine for physical accuracy, simulating lights, physics, and AI. In supported games, users will be able to create characters, add high-fidelity animations, and publish film-quality cinematics using the RTX 30 series GPU.