NVIDIA finally launched the GeForce RTX 3060 desktop graphics card as the latest entry to its Ampere-based RTX 30 series back in January 2021. Let’s take a closer look at the specs, features, price, and availability of NVIDIA GeForce RTX 3060 in Nepal.

RTX 3060 is the card that NVIDIA wants the GTX 1060 users to upgrade to. There was GeForce RTX 2060 in between the two but it failed to win the heart of the average consumers. 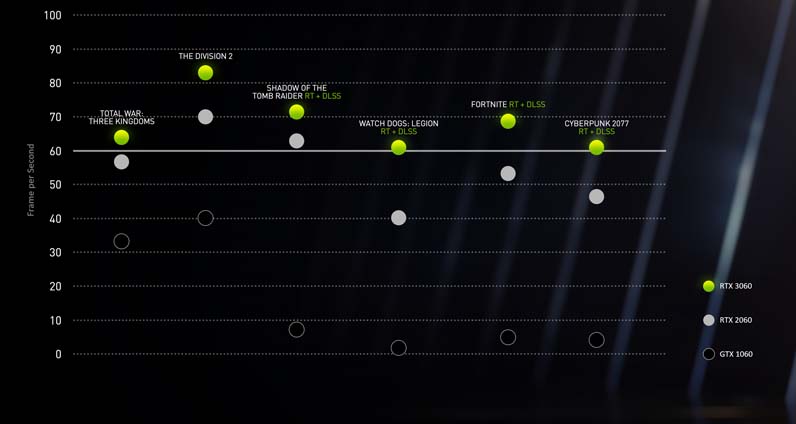 The new RTX 3060 comes with NVIDIA’s second-generation raytracing technology. According to the company, it is twice and ten times better in raster and raytracing, respectively, compared to GTX 1060.

Similarly, it has NVIDIA’s third-generation tensor cores. These cores are used by DLSS, NVIDIA’s proprietary upscaling technology, to help improve fps in rasterized and RTX games. As of now, the tech is supported by 40+ games. Users can enjoy 60 fps on popular titles like Cyberpunk 2077, Minecraft (RTX), and Call of Duty: Black Ops Cold War using GeForce Experience’s optimization.

To further enhance the gameplay of RTX titles, the new card comes with DLSS – NVIDIA’s proprietary upscaling technology. It is compatible with up to 40 different games.

Also, the NVIDIA GeForce RTX 3060 is the first card in the RTX 30-series to support the Resizable BAR technology out-of-the-box. Their mobile versions come with Resizable BAR as well while existing RTX 30 cards will support this feature via a BIOS update. It is based on PCI Express technology that allows compatible systems to access all of the VRAM at once instead of doing it on fragments. 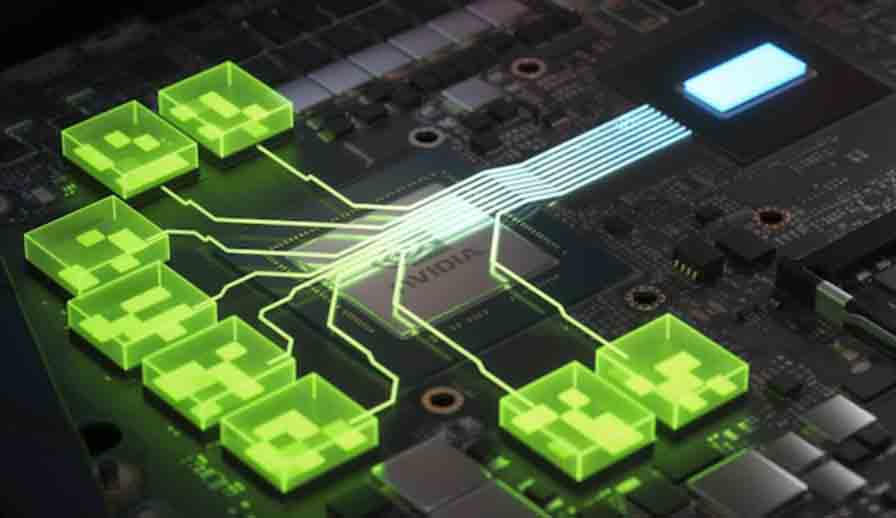 Like all other RTX 30 series cards, the RTX 3060 brings support for HDMI 2.1, DirectX 12 Ultimate, AV1 codec, and Direct Storage. Similarly, users will also get to enjoy features like NVIDIA Reflex, NVIDIA Broadcast, and NVIDIA Studio.

The price of NVIDIA GeForce RTX 3060 graphics cards in Nepal starts at Rs. 65,000. In Nepal, you can find aftermarket RTX 3060 cards from companies like Asus, MSI, and Gigabyte. All the graphics cards mentioned below can be purchased from Hukut Store.

Besides the price of the NVIDIA RTX 3060 graphics cards in Nepal, you might also be interested in: