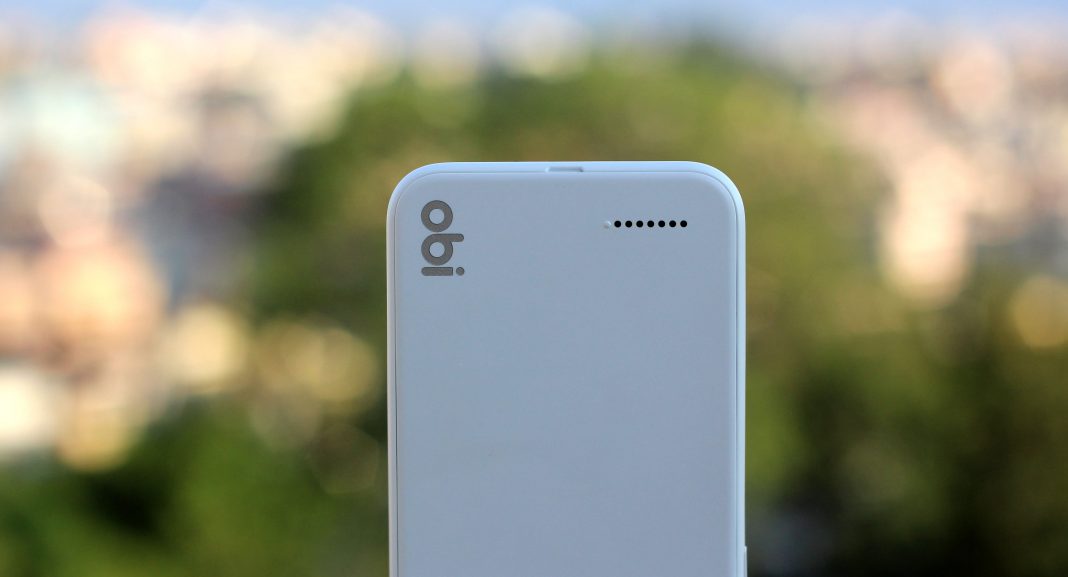 Starck Tech, the official distributor of OBI Worldphone, recently launched OBI MV1 in Nepal. The OBI MV1 runs on CyanogenMod and is priced at Rs. 15,695. Today, I got to play with the OBI MV1, albeit for a little while. My initial verdict covers all basic stuff I noticed while using the device.

OBI MV1 clads on a Polycarbonate plastic body. I found the device’s design to be distinct from other smartphones. It has slightly rounded off and straight edges on the bottom and top of the device respectively. The device is tall because of the big bezels below and above the display, and the 5-inch screen itself. 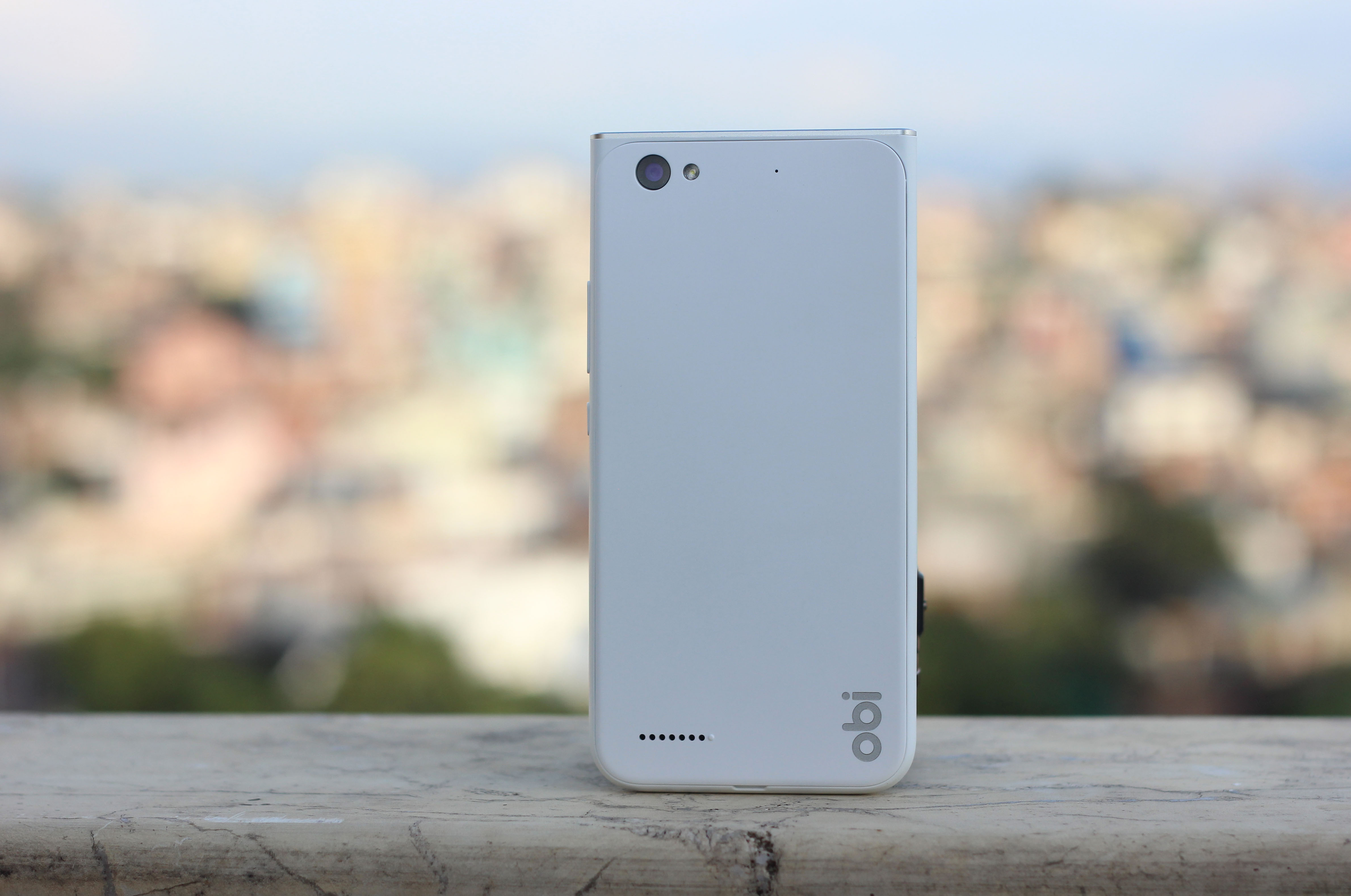 It feels good on the hands and has a little bit of weight to it. The OBI MV1 is one of the rare breeds, though. It has a removable back and a removable battery. Other than the battery, the removable back gives access to dual SIM slots and a microSD card slot. At the top, the device features a metal frame along with a headphone jack. 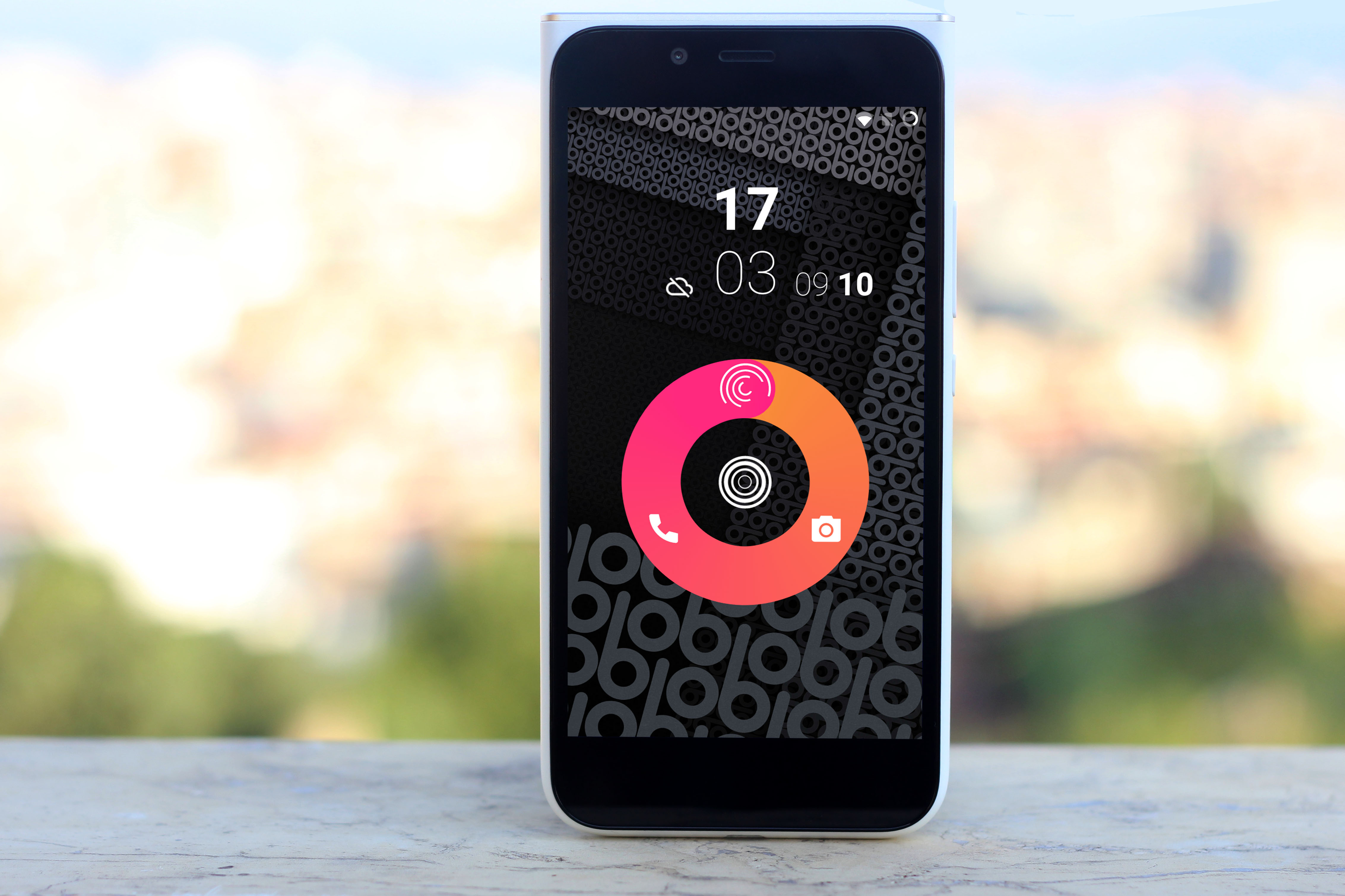 The device features a floating display, i.e. the screen rises slightly from its base. It sports a 5-inch 720p HD display with 294 for the pixel per inch. The floating display is covered by a Corning Gorilla Glass 3. It is bright and has a good viewing angle. I will test the display properly in the MV1’s full review.

OBI MV1 comes with an 8-megapixel rear facing camera and a 2-megapixel front facing shooter. The rear camera, as expected, performs well in well-lit areas. It suffers under poor lighting and the pictures come out a bit noisy. The front facing camera is average but shoots some social media worthy selfies. OBI MV1 is powered by a Qualcomm MSM8909 Snapdragon 212 Quad-core processor clocked at 1.3Ghz. The processor is paired with Adreno 304 GPU and 2GB RAM. The device runs on an older CyanogenMod 12.1.1 version on top of Android 5.1.1 Lollipop out of the box. The software is stock-ish and is equipped with some useful tweaking apps like AudioFX and CM Theme Engine. The device has some customization options that will surely help in making your usage easier.

OBI MV1 is supported by a 2500mAh removable battery. The battery will probably last a day under normal usage. Even if it doesn’t, it won’t really be a problem as it is equipped with something faster than Quick Charge – the option to replace the battery. Like I already mentioned, the removable back gives access to dual SIM slots and a microSD card slot. The OBI MV1 supports 4G connectivity too, thus making your device future proof. MicroSD card can expand the device’s 16GB onboard storage up to 64GB.

OBI MV1 is a unique looking device that comes with CyanogenMod preinstalled at the price of Rs. 15,695. If the device can handle all tasks without any lags, then I think it could be one of the best devices of its price range. It packs some decent specifications on paper but we will be testing that in our full review.

Don’t forget to follow Gadgetbyte Nepal for the in-depth review of OBI MV1.