In this review, I’ll be sharing my experiences with OnePlus Nord CE. I have been testing it out for the past 3 weeks alongside other mid-range phones like the Mi 11 Lite, Galaxy A52, and the iQOO Z3.

Here, the Nord CE is such a complicated phone from OnePlus. It is definitely not a phone that I would 100% recommend, but neither can I say—oh, it’s a bad phone, don’t buy it! With this device, I found 2 crucial mistakes from the company. First, I think they launched this phone a bit late. 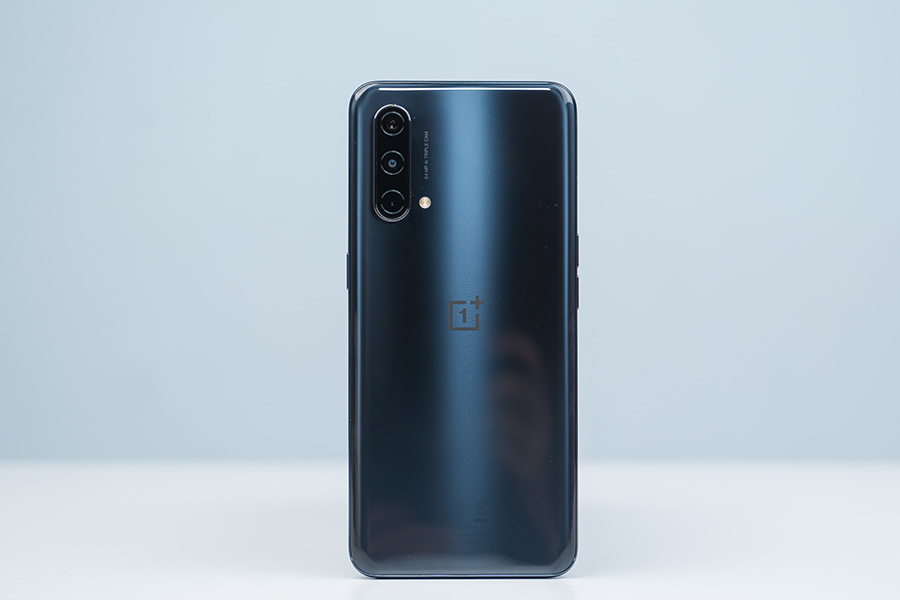 For what’s supposed to be a cheaper edition of the OnePlus Nord from last year, it shouldn’t have hit the market this close to the OnePlus Nord 2 announcement. And also, with all the features the Nord CE is packing, if it was launched like 6 months ago, it would have made a lot of sense. But right, now the competition is absolutely wild!

Secondly, I think they should have launched just one variant of this phone—with an 8/128GB memory configuration for a slightly lower price. Maybe INR 23,000 or some NPR 40,000 here in Nepal. Plus, I don’t understand why OnePlus bothered to bring the 12/256GB variant either since it’s an overkill given the phone’s specs.

Like always, let me get started with the design. With the OnePlus Nord CE, you get a pretty basic, no-nonsense look. Yet, I just feel like the collaboration between OnePlus and OPPO goes beyond software and R&D these days. And that’s vividly reflected with the Nord CE’s design.

Here, like with OPPO’s recent F-series phones, the Nord CE has a plastic back and frames. But more importantly, it just feels like you are holding one of those OPPO phones with a lightweight build and curved edges. That’s not necessarily a bad thing but what is, is that skips on the signature alert slider that we’ve come to expect from OnePlus phones.

Despite this, the hands-on feel of the device, I must say is quite good. It has a nice grip and is not as wide as say, Xiaomi’s latest mid-range phones. Thankfully, my unit of the Nord CE hasn’t suffered any scratches either, so I haven’t actually missed the Gorilla Glass protection here.

As for the color options, you can choose from 3 alternatives: Blue Void, Charcoal Ink, and Silver Ray. The Charcoal Ink variant that I have with me has this glossy finish and hence invites a lot of fingerprints.

On the front, you get a 6.4-inch Full HD+ AMOLED screen with a 90Hz refresh rate. And for the most part, I have no complaints about the display. It has nice colors, the touch response is impressive, and it can get fairly bright as well.

Plus, there’s also an in-display fingerprint sensor here which I found to be faster and more reliable than the one on Samsung’s Galaxy A52. Still, it doesn’t hold up against the flagship OnePlus phones. The only thing that’s missing here is the aforementioned absence of Gorilla Glass protection—although the company has tried to make up for it by going for the cheaper Dragontrail glass instead. 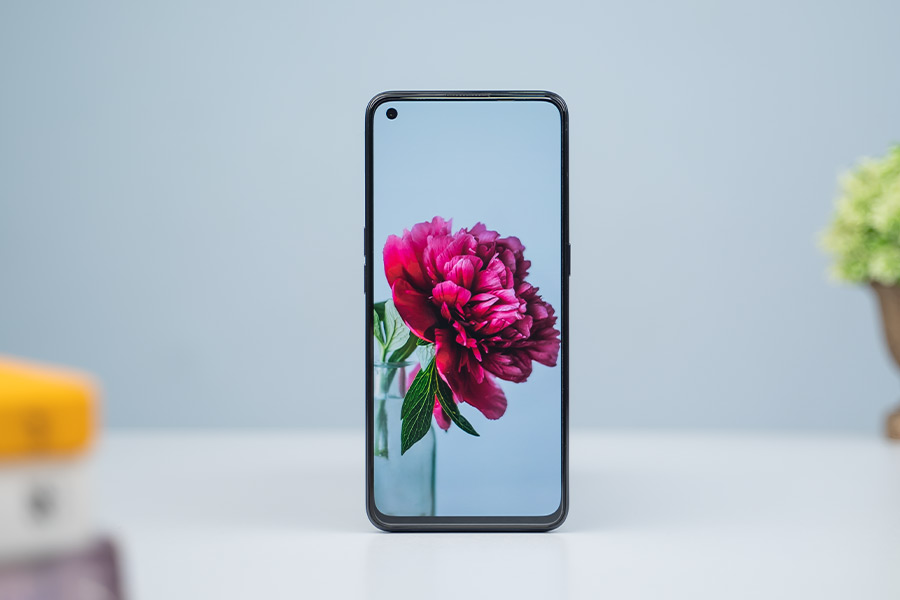 Still, I think that this is an unnecessary omission and it’s more like what OPPO usually does with its mid-range phone—but never something OnePlus would do. Similarly, watching movies or listening to music during my usage on the Nord CE hasn’t been a great pleasure either because it doesn’t come with stereo speakers.

These days, even cheaper phones come with a decent set of stereo speakers and I wouldn’t have minded if this mono speaker was half good, which sadly it isn’t. The bass is lacking and it doesn’t get very loud either. However, if it’s any consolation, you get a 3.5mm headphone jack in here. Additionally, the haptic feedback on this phone is strictly average too.

Regardless, as I said before, Nord CE hosts a nice display, and OnePlus has optimized it really well. Hence, I didn’t face any weird stutters or micro lags while using the phone in 90Hz mode. To recall, you will notice such lags in phones like Xiaomi’s Mi 11 Lite and Note 10 Pro.

Similarly, I also found the performance of this device to be quite good, if not excellent. With the ever-so-optimized OxygenOS, fairly capable Snapdragon 750G chipset, and 8GB of RAM at the helm, day-to-day tasks like Whatsapping, scrolling through Instagram and Twitter, and switching between those apps is fluid and responsive experience. 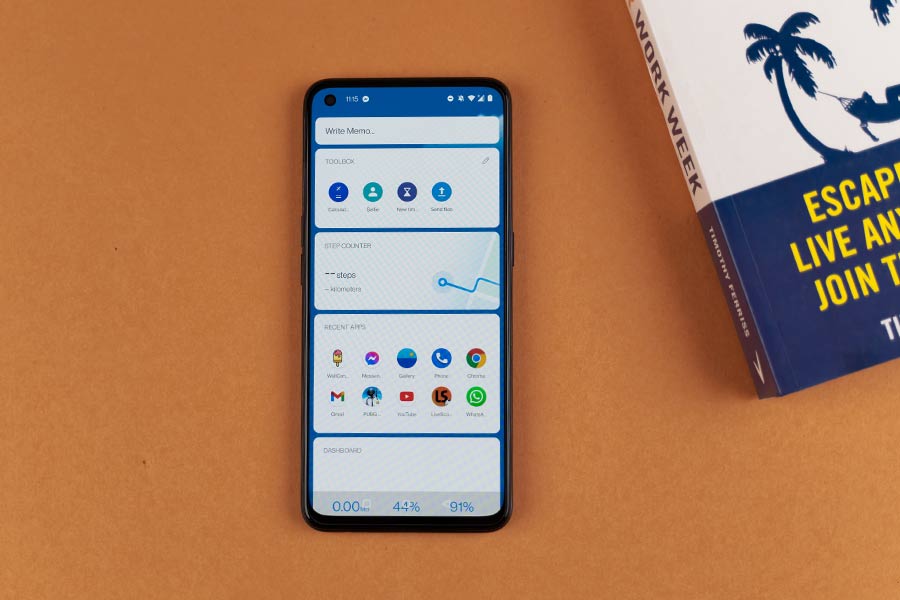 Likewise, dark mode is well implemented here too. And after recently switching to the Nord CE from Xiaomi phones, I realized how easy, ad-free, and one-handed friendly this OxygenOS UI is—and ultimately, this is why many people prefer OnePlus phones over those from other Chinese brands.

For this review, I played a bunch of games on the OnePlus Nord CE. However, I would rate its performance in this regard to be good enough although you won’t be able to hit 60fps in demanding games like PUBG or Genshin Impact. In PUBG Mobile, you can get a fairly stable 40fps gameplay under Smooth graphics and Ultra frame rates. Similarly, Genshin Impact is only playable at 30fps by dialing down everything in the setting to Low. Lighter games like Call of Duty and Shadowgun War Games, on the other hand, can achieve a stable 60fps in Very High graphics and frame rates.

Nevertheless, OnePlus hasn’t optimized this phone to run games at anything beyond 60fps, thereby leaving a lot of room for performance upgrades on the table. So, for what it’s worth, maybe the Nord CE should have had a slightly more powerful chipset, like the newer Snapdragon 780G for instance.

OnePlus has been using the popular 48MP Sony sensor in most of its camera setups until now. But with the Nord CE, they have gone with the new 64MP OmniVision sensor. Yet, it doesn’t come with any extra bells or whistles like OIS which the original OnePlus Nord had. Completing the triple camera setup, we have an 8MP ultrawide lens and a useless 2MP depth sensor.

Here, like with the flagship OnePlus 9 Pro, the Nord CE’s primary images produce natural colors. And for the most part, I like its natural color science as well. However, in certain scenarios, I feel like maybe OnePlus could have added a bit more saturation to make the images truer to life.

I also found its photos to be plenty bright and with decent contrast. But, the one area where the OmniVision sensor struggles is in terms of the details.

Photos from the 8MP ultra-wide-angle sensor aren’t spectacular by any means but aren’t that bad either.

There’s a noticeable color shift if you put the shots from the main camera side-by-side as you can see that the ultra-wide images are more saturated. It’s also lacking in details and the dynamic range is compromised too.

As for the portraits, as you can see from these samples, it actually does a pretty decent job with good skin tone, contrast level, and bokeh.

However, in difficult situations like in this image, the subject and background separation looks abnormal and the portraits don’t come out as good.

The one aspect where the Nord CE struggles is with the nighttime shots where its images are grainy and lacking in detail.

Turning on the night mode doesn’t significantly improve the image quality either and instead makes the photos look a bit unnatural.

Selfies from its 16MP shooter are decent though.

In terms of portrait selfies, the edge detection isn’t that good as you can see the camera struggling in the hair areas.

Videography-wise, the OnePlus Nord CE delivers as expected from a mid-range phone. Here, the 4K 30fps recordings are fairly stable and the videos have good details and contrast levels.

Moving on, there’s no 4K recording with the selfie camera as it’s restricted to 1080p 30 or 60fps modes. Despite its narrow field of view, videos turn out pretty decent. The audio pick-up from the microphone is acceptable as well but it could’ve been better if OnePlus had installed a relatively high-end microphone.

Overall, OnePlus Nord CE’s cameras are nothing spectacular. But at this price range, you don’t get that reliable camera setup. The only other phone that offers a superior camera performance at this price range is the Galaxy A52, while similarly priced phones like the Mi 11 Lite, Redmi Note 10 Pro Max, and Realme X7 all struggle in one area or the other.

Finally, getting to the battery life, its 4500mAh cell provided me with good endurance. It is similar to what I was able to get from the A52 or the Mi 11 lite—which is a consistent 6 – 7 hours of screen-on time. 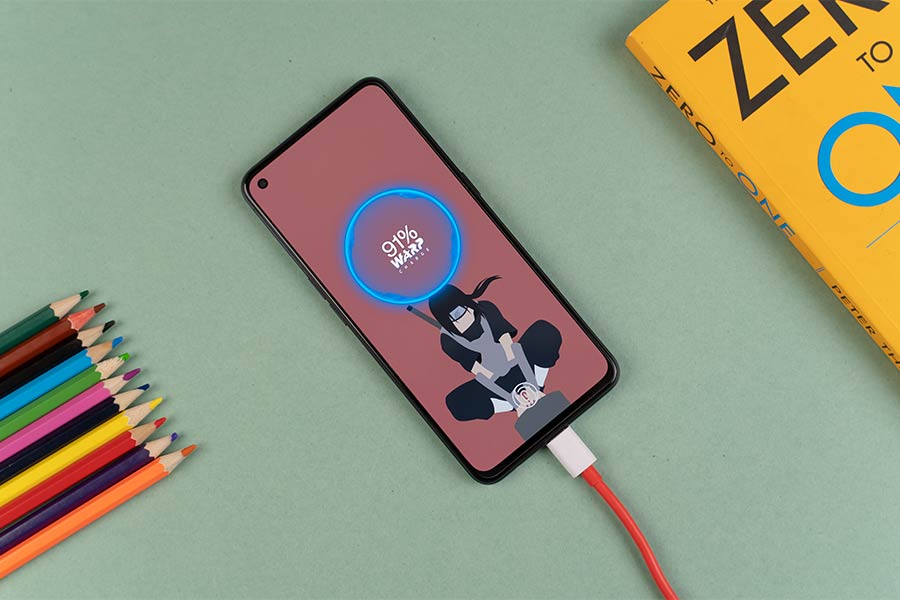 So, what I can confidently say is that if you are a heavy user, the Nord CE should last you till the end of the day or that could extend to a day-and-a-half under fairly lax usage. Charging via its 30W adapter is pretty fast too as it can get from 0 to 100% in about an hour.

To conclude this review, I have enjoyed my time with the OnePlus Nord CE, and that’s mostly thanks to its well-optimized OxygenOS. Still, for the price, I am not 100% convinced that it’s the best value-for-money mid-range phone right now—although it’s a decent option in the Nepali market.

To compare, Samsung’s Galaxy A52 has it beat when it comes to the cameras. On the other hand, POCO F3 is a better value in terms of sheer performance. Overall, the OnePlus Nord CE is a pretty well-balanced mid-range phone mostly thanks to its optimized OxygenOS.