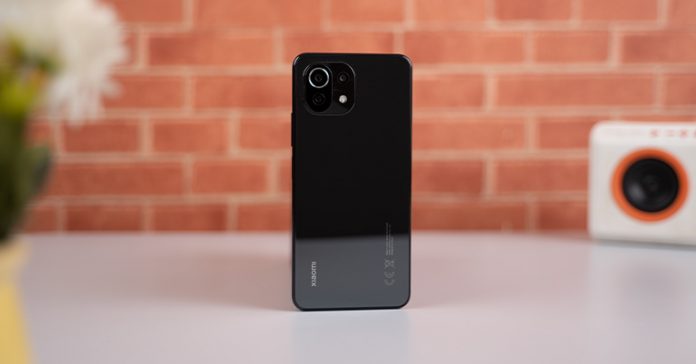 Xiaomi’s 2021 lineups of budget and midrange smartphones provide the best value for money—no one can deny that. We have the Redmi Note 10 and Note 10S conquering the lower midrange market while the Note 10 Pro and Pro Max carry the midrange segment. Then there’s Mi 11X and Mi 11X Pro in the premium, semi-flagship territory. And Xiaomi recently launched yet another midrange device, the Mi 11 Lite, which I’ll be discussing at length in this review.

Priced similar to the Note 10 Pro Max, the question remains—which one is the overall better phone? For that, I have been testing the Mi 11 Lite for a week or so while also taking the Note 10 Pro Max along the ride. So, let’s find out if the Xiaomi Mi 11 Lite is worth your money in this full review.

Starting off with the design, compared to the Note 10 Pro Max, this is where you’ll find the biggest differences.

Here, Mi 11 Lite is one of the thinnest and lightest phones in its class. And you can bet your bottom dollar that Xiaomi’s marketing strategies have been heavily emphasizing the achievement. However, this doesn’t necessarily mean it gives you a premium vibe when holding the phone.

Yeah, sure it has a nice grip, but it is a bit wider than let’s say, the Oneplus Nord CE. Hence, despite being thin and light, it still isn’t as compact of a phone that I wished for—or was led to believe.

Likewise, both the front and the back are protected by a Gorilla Glass 5, which is good for its price. Still, Xiaomi should have implemented a matte back like on the Note 10 Pro Max. This glossy finish on our black variant invites a lot of fingerprints and smudges. And since Xiaomi has also skipped oleophobic coating here, hence these smudges and dust are more widespread than usual.

But what Xiaomi has retained on the Mi 11 Lite is IP53 dust and splash protection. It is certainly a step above the P2i coating that we’ve been accustomed to previous iterations of the company’s midrange phones. However, there’s no rubber gasket in the SIM tray. Disappointingly, Mi 11 Lite skips on a 3.5mm jack although Xiaomi has tried to make up for it by providing a dongle inside the box.

Moving on to the display, you get a 6.55-inch AMOLED panel here with Full HD resolution and a 90Hz refresh rate. For the most part, this screen is quite good. It is punchy with accurate colors and can get sufficiently bright well. So, watching movies on the Mi 11 Lite has been quite a delight. Talking more about the display, I found the touch response to be pretty good. Obviously, it doesn’t hold up against the likes of the Poco F3 which boasts a 360Hz touch sampling rate. Despite this, Mi 11 Lite’s 240Hz screen offers you satisfying feedback. The vibration motor here is okay-ish too and nothing flagship level.

Also, thanks to the 90Hz refresh rate, everything from scrolling through the UI to system transitions are fairly smooth on the Mi 11 Lite. I have noticed micro lags and stutters every now and then, but it isn’t frequent enough to complain about.

Still, if I had to choose among the two screens, I’d pick the Note 10 Pro Max since its display is the superior one. It brings a faster refresh rate as well as a higher peak brightness level. Plus, the diameter of the punch-hole cutout on the Note 10 Pro is smaller compared to the one on Mi 11 Lite.

As for security, Xiaomi has once again gone with a side-mounted fingerprint sensor on this OLED-infused smartphone. But that’s to be expected given how Mi 11X Pro which costs almost twice as much doesn’t have an in-display fingerprint reader either—optical or ultrasonic. Regardless, this side-mounted sensor is a reliable one and gets the job done.

Moving on to the performance, Mi 11 Lite pretty much shares an identical spec-sheet as the Note 10 Pro Max. It is powered by Qualcomm’s Snapdragon 732G coupled with either 6 or 8GB of LPDDR4X RAM and 128GB of UFS 2.2 storage.

Hence, the performance and my overall experience with this phone have been similar to the Note 10 Pro Max. What this translates to is good performance although it’s nothing extra-ordinary like the Poco X3 Pro. Light apps open fast and multitasking between recent apps is fluent enough as well.

However, I have noticed slight heating on Mi 11 Lite and that’s most likely due to its sleek design. Because Xiaomi has had to engineer such a slim phone, that doesn’t leave enough internal space to dissipate heat as efficiently as other relatively thicker phones. Plus, this issue is all the more evident when using the phone while it’s charging or when you’re using considerably resource-heavy apps.

Moving on to gaming, as you could tell, the Mi 11 Lite isn’t the best option either. Of course, it can handle casual games quite well, but if you are a serious gamer, Poco X3 Pro still remains the best value-for-money gaming phone of 2021—despite its well-documented thermal drawbacks. 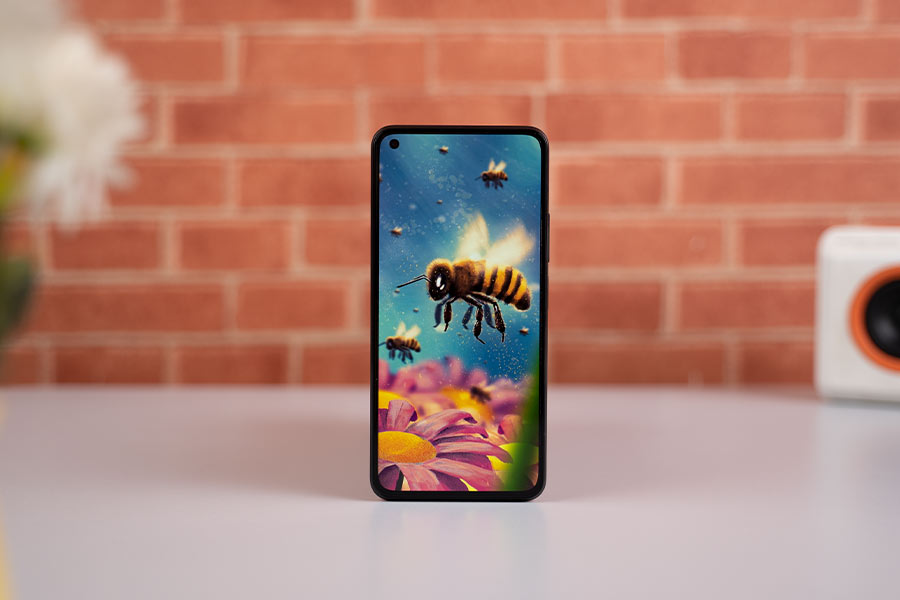 Here on the Mi 11 Lite, setting PUBG Mobile’s graphics to Balanced and frame rates to Ultra gets you a smooth 40fps gameplay and 100% FPS stability. The phone does get warm around the camera module but it’s nothing alarming.

As for Call of Duty Mobile, it runs smoothly at 60fps under Very High graphics and Very High frame rates. But under this, the phone gets quite hot to the point where it feels a bit uncomfortable to touch. Therefore, you need to dial down the settings to high for comparatively better gameplay.

Likewise, graphics-intensive titles like Genshin impact is where you will notice Snapdragon 732G’s limitation as the gaming experience here is flat-out unsatisfactory. Even at its default low settings on 30fps, there are occasional stutters which ruin the overall gameplay.

Luckily, lesser resource-demanding games like Critical Ops that support 90fps mode runs smoothly at 90 frames per second on this phone. Still, in all the games, the phone heats up quite easily, which is pretty frustrating.

For this review, I compared the cameras on Xiaomi Mi 11 Lite with the Redmi Note 10 Pro Max. Here too, the Mi 11 Lite is slightly inferior to the Note 10 Pro Max, which itself isn’t a great camera phone, to begin with.

As you can see, photos from the Mi 11 Lite look pretty identical to those from the Note 10 Pro Max. At times, the former’s images look a bit saturated and have a slightly better dynamic range.

Other than that, they are pretty much the same in terms of color reproduction as well as details. This is quite a surprising result from this 64MP vs 108MP battle.

As for the ultra-wide-angle lens, both phones have sub-par quality. They’re lack in detail and have a worse dynamic range.

Having tested quite a few Xiaomi midrange phones till now, I strongly believe that it’s high time the company brought a better ultra-wide lens in its relatively inexpensive devices.

Likewise, portraits are quite similar on these phones.

However, subjects have high contrast and look a bit darker on the Mi 11 Lite. The background blur and edge detection are almost identical though.

Moving on, the biggest downside to Mi 11 Lite’s camera is its low light performance. Here, the Note 10 Pro Max’s superior 108MP camera brings better highlight processing and sharpness in both normal as well as nighttime images.

Interestingly, you can click night mode shots from the ultra-wide-angle lens on the Mi 11 Lite, which the Note 10 Pro Max lacks.

The macro shots are quite good with ample details and focus.

Getting to the front camera, as expected, selfies from its 16MP sensor are quite similar to the Note 10 Pro Max.

Here, the Mi 11 Lite has a wider field of view and produces comparatively higher contrast levels. But apart from that, things are quite similar.

Videography-wise, things are like how you expect from a midrange phone. It can hit up to 4K 30fps resolution and the footages turn out marginally better stabilized than from the Note 10 Pro Max. Mi 11 Lite’s 1080p 60fps mode has no stabilization so for the steadiest results, you’ll have to tone it down to 1080P 30fps.

The ultra-wide-angle camera here can shoot only in 1080P 30fps and for what it’s worth, videos are quite stable. Selfie videos max out at 1080p 60fps but they’re not as stable as 1080p 30fps recordings.

So overall, the cameras on Mi 11 Lite and Note 10 Pro Max are strictly average. If you ask me, Xiaomi has to level up its game in the camera department if it hopes to maintain its market dominance.

And oh, I almost forgot to talk about the MIUI. Although I haven’t face any software issues or similar bugs on this phone, I am frustrated to see the dark mode still left unoptimized. Adding insult to the injury is the fact that the recent MIUI 12.5 update on the Note 10 Pro Max still hasn’t solved this issue.

Anyway, the battery life on the Mi 11 Lite is pretty good, if not great. I would rate it as a solid B+. On my usage, it delivered roughly around 5 hours of screen-on time, which translates to a day of usage. Starting the day with 100% battery, I usually ended up with a 15% charge left at around 8 PM. 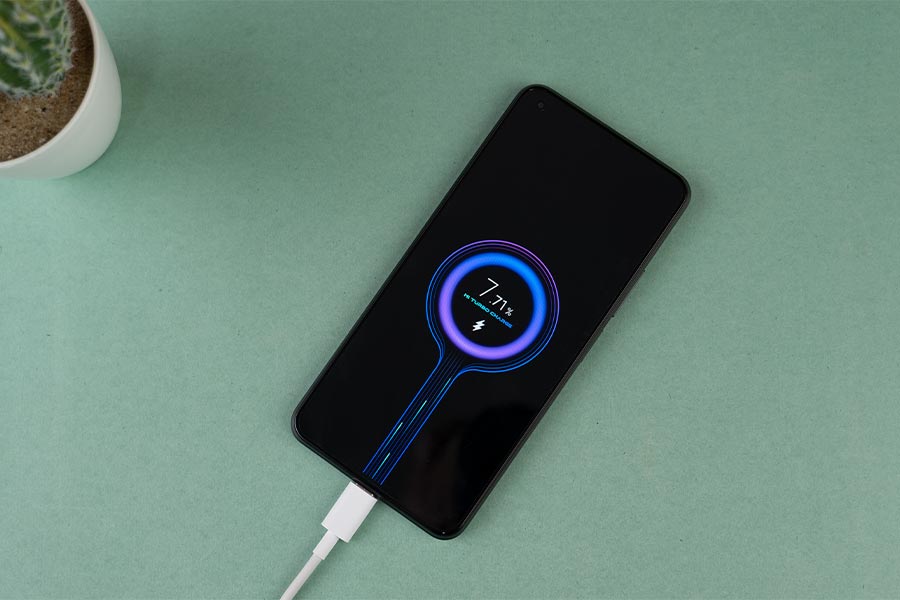 With all that out of the day, it’s time to deliver a verdict—is the Mi 11 Lite worth paying extra over the Redmi Note 10 Pro? The answer is simply “no”. That’s because as much as I applaud Xiaomi for bringing high-tech internal components like the flexible OLED and a new printed circuit board and battery design to make Mi 11 Lite the slimmest and lightest phone of 2021, the reality is you are going to get better value with Note 10 Pro. That being said, if are looking for a slim and light phone under Rs. 35,000 in Nepal, you can pick the Mi 11 Lite over the Note 10 Pro, and still get a similar experience to the Note 10 Pro.