After all the rumours and teasers, OnePlus launched the successor to last year’s OnePlus Nord on July 22. And now it has made its way to Nepal too ?. The Nord 2 5G is a significant upgrade in multiple many ways. It is the first OnePlus phone with a MediaTek chipset while it is also the first major launch after the OnePlus-Oppo merger. With that out of the way, let’s take a detailed look at the specs, features, official price & availability of the OnePlus Nord 2 5G in Nepal.

Nord 2 features a 6.43-inch Fluid AMOLED panel with a 90Hz refresh rate. The pill-shaped cutout is gone, which is now replaced with a single punch-hole. Thankfully, the Nord 2 5G retains the iconic alert slider, which was left out on the recent OnePlus Nord CE. The phone has Gorilla Glass 5 on the front and back, while the frames are polycarbonate. 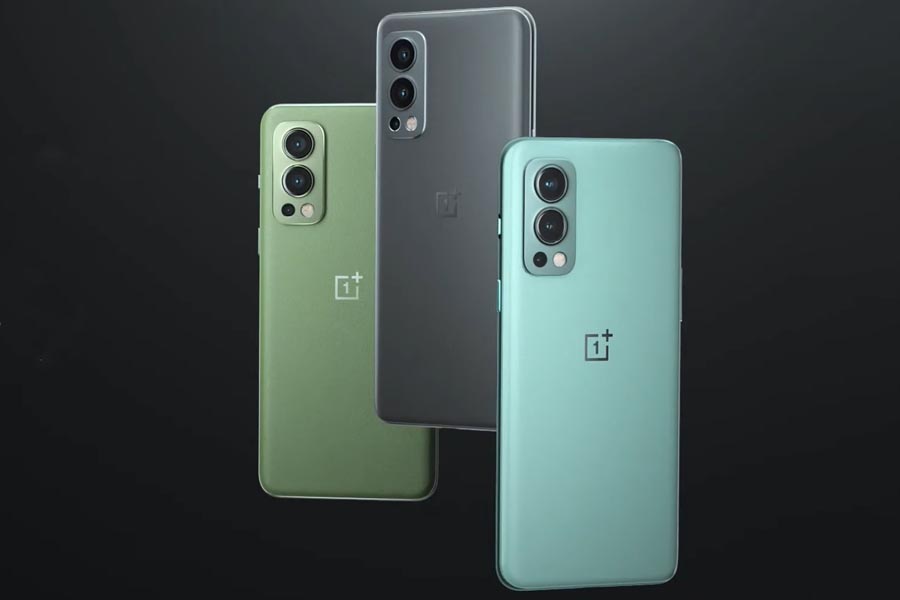 Nord 2 has taken its design cues from the OnePlus 9 series. There are three colors to choose from – Blaze Haze, Gray Sierra, and Green Woods. The latter has a vegan leather finish and is India-exclusive. The other two feature a dual-layer 3D AG glass.

OnePlus has collaborated with MediaTek to include additional AI features to the Dimensity 1200 using the Open Resource Architecture. As a result, OnePlus has given the chip a new name—Dimensity 1200-AI.

The added features on Nord 2 5G brings improvements in camera, display, and performance. For photography, there will be AI Photo/Video Enhancement and DOL-HDR.

In addition, there is the Color Boost feature that will make the colors pop more on YouTube videos. Gamers will be able to enjoy high refresh rates on games like Brawl Stars. OnePlus is also promising to add more games in the future.

Software-wise, Nord 2 runs on OxygenOS 11.3. This is the first OnePlus phone to ship with OxygenOS-ColorOS merged codebase. A notable addition here is a game optimization app called OnePlus Game. The phone will receive two years of major software updates and an additional year of security updates.

At the back, Nord 2 has a OnePlus 9-like camera module. However, the placement of the flash is different. The primary camera here is the 50MP Sony IMX766 sensor. To note, this is the same sensor as in 9 Pro‘s ultrawide camera. You do get Optical Image Stabilization (OIS) and Digital Overlap HDR (DOL-HDR) on the primary sensor. It is capable of recording 4K videos at 30fps. Moving on, there’s an 8MP ultrawide and a 2MP monochrome sensor completing the triple camera array. There is no macro sensor this time around. Upfront, you get a 32MP Sony IMX615 sensor for selfies and video calls.

Besides this, assorted camera features on the Nord 2 include the new Nightscape Ultra, Dual Video, Night Portraits, and the aforementioned AI Photo and Video enhancement.

Like the OnePlus 9 series, the phone is fueled by a 4,500mAh battery. The Nord 2 matches the flagship devices in charging speed too. OnePlus has included the same 65W fast charging here, which is a notable upgrade from the 30W charging on the original Nord. For this to work, OnePlus has divided the battery into two cells.