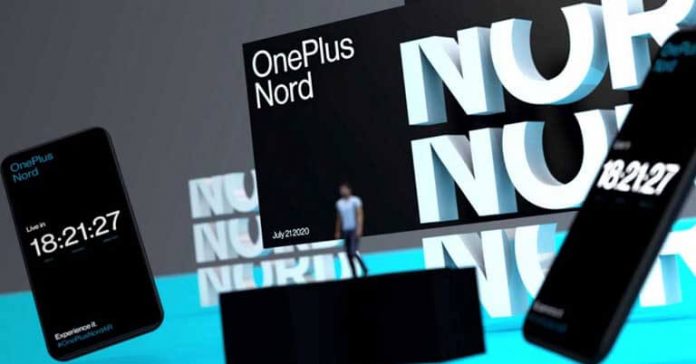 OnePlus fans are eagerly waiting for the OnePlus Nord. It will be the company’s first mid-range device in several years when it launches next week. As we close on the launch date, another OnePlus device, Nord Lite, has emerged on the Geekbench listing. The idea that OnePlus could launch not one but two affordable smartphones has excited the fans. So, let’s take a look at the rumors, leaks, specs, and expected launch date of the OnePlus Nord Lite.

While the world is busy talking about the OnePlus Nord, another OnePlus device went through the Geekbench tests. Earlier, OnePlus Nord was also spotted in the Geekbench listing with the codename OnePlus AC2003. Nord Lite has a model number of BE2028. Both the devices are listed with the same Lito SoC. Lito is the codename of Qualcomm’s Snapdragon 765G. And there is no massive difference between the single and multi-core performance between the two.

However, the new device has a different identifier. Also, the base frequency of the SoC in the Nord Lite is 1.71 GHz. The Snapdragon 765G has a base frequency of 1.80 GHz. There is a possibility that the phone could come with an under-clocked SD 765G.

However, tipster Sudhanshu suggested that the Nord Lite will be powered by Snapdragon 690 instead. It has been further backed by Mukul Sharma who claims to have found the evidence in the source code. The chipset in the Nord Lite is paired with Adreno 619 chipset. In case you don’t know, Adreno 619 is the GPU in the newly announced SD 690. Snapdragon 690 is the first 5G chipset under Qualcomm’s 6-series. It is based on an 8nm LPP process and features two Corex-A77 cores (@2.0GHz) and six Cortex-A55 cores (@1.7).

So yes, the Lito motherboard indeed resonates to a Snapdragon 765 series chipset, but as @Sudhanshu1414 has mentioned, the GPU here is the Adreno 619, which belongs to the SD690.#oneplus #OnePlusNord #newbeginnings pic.twitter.com/TLixOnDu0o

Geekbench listing reveals the phone will come with 6GB of RAM and will ship with Android 10. Both SD 765G and SD 690 are 5G ready chipset, there is a strong possibility of OnePlus Nord Lite being a 5G phone.

It’s expected that OnePlus will launch the Lite variant alongside the original Nord on July 21. There is no information about the official pricing and availability of the device. However, Digital Chat Station, a reliable tipster has claimed that the price of OnePlus Nord will be around 1,000 Yuan.