Home Guides Buy Guides Phones You Should Not Buy In 2021 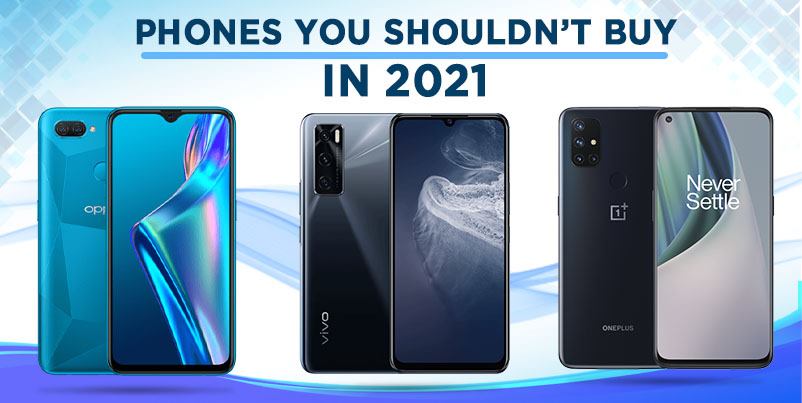 Smartphones…smartphones! These days, we live in a sea of them, don’t we? There are just so many phones in the market right now, and it’s pretty easy to confuse one with another. And if you’re looking to buy a new phone, or upgrade your existing set, then the confusion becomes even greater. Also, the salespeople try their best to convince you to get a particular device. But here are some smartphones, that are not worth your money and in this article, we’ve listed out the phones not to buy in 2021.

The phones listed are judged on their specs-to-price ratio, real-life performance, and their date of release. Some are due to out-datedness, others are priced unfairly for their specs, and some simply have better competitors out here. So, here’s a list of phones from various brands you shouldn’t buy. 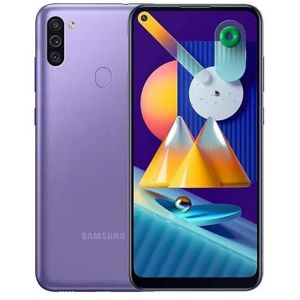 So, starting our list is the Samsung Galaxy M11. Due to the price drop that it recently received, you might be tempted to go for it. However, I’d have to recommend otherwise. And there are a couple of reasons to back my claim. First off is the mediocre display. Galaxy M11 sports a 6.4-inch TFT LCD panel with HD+ resolution.

Now, it is not a terrible screen. However, for just a couple of bucks more, you can get the M21 which has a much better FHD+ Super AMOLED panel. Even other devices such as the Redmi 9 (Prime) also offers an FHD+ panel (albeit not an AMOLED one). So, the decision of using an HD+ display doesn’t really make sense.

Furthermore, the other downside of this smartphone is the Snapdragon 450 processor.  While Samsung’s competitors are offering the gaming-centric Helio chipsets from MediaTek, the use of this outdated processor leads to laggy overall performance. Additionally, due to this silicon, Samsung has had to install the “Core” version of the One UI 2.0 on this one. So, you’ll also miss out in useful features such as a dedicated night-mode camera, Knox security, and more. Thus, I think that you should opt for the far superior M21 instead of the Galaxy M11.

Learn more about Samsung Galaxy M11 in our review. 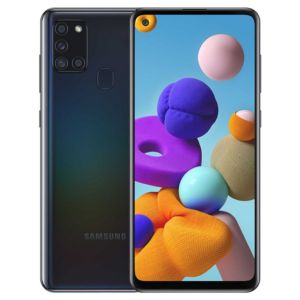 Our last year’s list of the phones not to buy included the Galaxy A20s. And this year, its successor the Samsung Galaxy A21s too has made it to our list. Again, this device pales out in comparison to Galaxy M21. Rubbing salt to the wound is the fact that the M21 costs a thousand buck less than the A21s. Here too, the display is one of the main issues. It only has an HD+ panel and it isn’t even an AMOLED panel. Furthermore, the sharpness and the color reproduction of the panel is pretty poor. And there’s the display flicker issue too.

The less-than-decent homegrown Exynos 850 also adds to the cause. This chipset is built under the efficient 8nm process node. Therefore, it is energy-friendly. However, the performance is abysmal. Lightweight apps are handled well by the device. But as soon as you add a heavy app into the mix, the phone cannot handle it. The memory management is bad and thus, your phone starts to misbehave. Its battery and the design are some of the redeeming qualities, however, the competition is stiff. And there are far better alternatives than the A21s in the market.

Learn more about Samsung Galaxy A21s in our review. 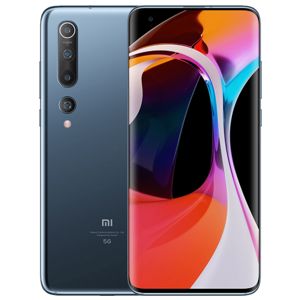 Now don’t get me wrong, the Mi 10 is a great device. However, as the Mi 11 is expected to arrive soon in Nepal, it doesn’t really make sense to purchase a year-old flagship. Mi 10 is an expensive device and it is almost a perfect flagship device. However, it is not IP certified, does not have a telephoto lens, and the 2MP depth and macro lens are pretty much useless. But other than that, it doesn’t really give too much room for complaints.

Having said that, with Mi 11 soon on the cards, you’d probably be better of purchasing that one instead of the Mi 10. The Mi 11 promises to offer a better display with improved cameras, and Snapdragon 888 chipset. So, in my opinion, you should head for the upcoming Mi 11 instead of this one.

Learn more about Xiaomi Mi 10 in our review. 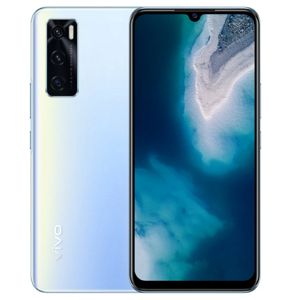 Vivo’s V-series is an attempt to offer a premium mid-range device with great design and camera. The design part ticks off here as the V20 SE both looks and feels premium. However, the camera is quite disappointing as compared to the standard V20. Of course, the latter is more expensive than the V20 SE and has a 64MP lens rather than the 48MP of the V20 SE. But there should not have been much difference in terms of the pictures. However, when we reviewed the devices, we found otherwise.

Moreover, the Snapdragon 665 processor does not bode well considering the price of the device. Gaming is not a joyful ride on this device either. Therefore, I think the standard V20 is a better albeit more expensive option.

Learn more in our review of Vivo V20 SE. 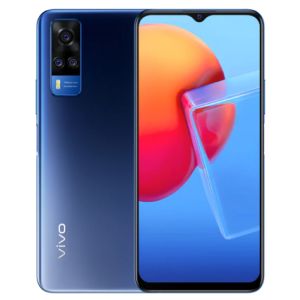 Similar to the V20 SE, the Vivo Y51 also offers the same Snapdragon 665 processor. And as I have mentioned before, it will severely hinder your workflow. If you compare this device with its competitors such as the Poco X3 or the Samsung Galaxy M51, they are offering far superior chipsets in the form of Snapdragon 732G and Snapdragon 730G respectively.

Given the price at which the Y51 is available, Vivo should have opted for a much better chipset. With the SD 665, light apps and multitasking with them should not be much of a problem. However, heavy apps will take a toll on the device thereby affecting its performance. Thus, if you are going to for out around 32K, then it is better that you go for the Poco X3. Or for four thousand more, you can get the Galaxy M51. 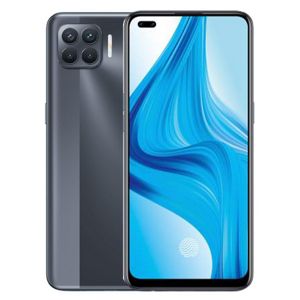 Oppo F17 Pro is a good looking phone with decent specs and delivers good performance. And that’s even though it has the Helio P95 SoC, which in my opinion somewhat pales in comparison to the newer Snapdragon 700-series chipsets. The major downside regarding this device is the cameras. It delivers inconsistent results. In comparison, we found out that its direct competitor the Vivo V20 offers a far superior image quality.

Furthermore, the battery life isn’t great either. So, I would suggest you rather go for the Vivo V20 instead cause it offers better performance and a better camera.

Learn more about Oppo F17 Pro in our review. 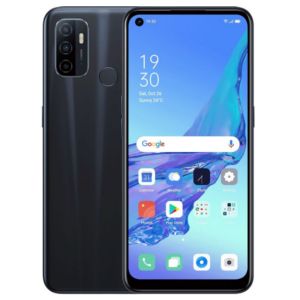 Well, the second entry for Oppo in our list of the phones not to buy. And this time it is the Oppo-A series smartphones. The Oppo-A series list consists of devices such as Oppo A12, A31, A53, and many more. Quite frankly none of them offer anything significant.

Furthermore, none of their pricing is justified either. You can simply look for much better alternatives from other brands in the market instead of the Oppo-A series devices. 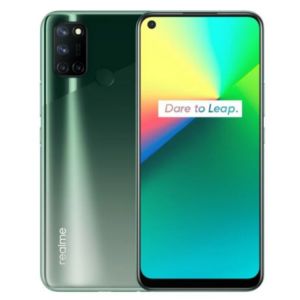 Again the Snapdragon 662 chipset is the culprit here. Given the fact that the Realme 7i costs almost 30K, you should be expecting a better processor that can handle multitasking with heavy apps with quite ease.

But that’s not the case here, and thus you will have a hard time using this device if you tend to use a lot of heavy apps. Furthermore, playing demanding games will also feel a bit choppy on this one. You might be tempted by its 90Hz screen but the incompetent processor and an HD+ resolution display don’t complement the high refresh-rate performance. 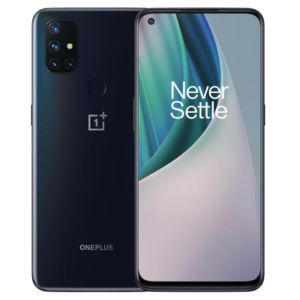 Next up on our list is the OnePlus Nord N10 5G. This is the slightly cheaper version of the original OnePlus Nord. Therefore, it cutbacks on some features. For instance, it offers an IPS LCD panel instead of an AMOLED one and the camera setup includes gimmicky 2MP macro and monochrome sensors.

The inclusion of the cheapest Snapdragon 5G chipset (for the time) does make sense in areas where 5G is available. However, in Nepal, it’s really not much of a pulling factor because of the lack of availability of 5G.

Smartphones from some new brands

I know that the heading is pretty vague, but allow me to fill you in with some details. By new brands, I am referring to phones from brands such as Elephone, Coolpad, and Symphony. One can’t really tell whether they will provide good after-sales support as they might not even remain in the market for too long. Also, some of these brands keep coming in and disappearing out of the Nepalese market. Thus, it would be pretty risky to opt for their phones. Furthermore, well-established brands are providing great phones in the budget and mid-range segment. So, it’s better that you opt for their devices instead.

Another brand that I could have mentioned here is Infinix. Well, the Infinix Note 7 Lite is one such device from them that I definitely would not recommend you to buy. However, their other devices are pretty good and doing well around the globe too. Moreover, they have a reliable distributor here in Nepal.

So, what do you think of the smartphone no-buy list? Did we miss out on any other phone which is similar? Let us know in the comments.

Summary list of phones you should not buy in 2021