Home OPPO Oppo A75 and A75s with 20MP selfie camera and near bezel-less display... 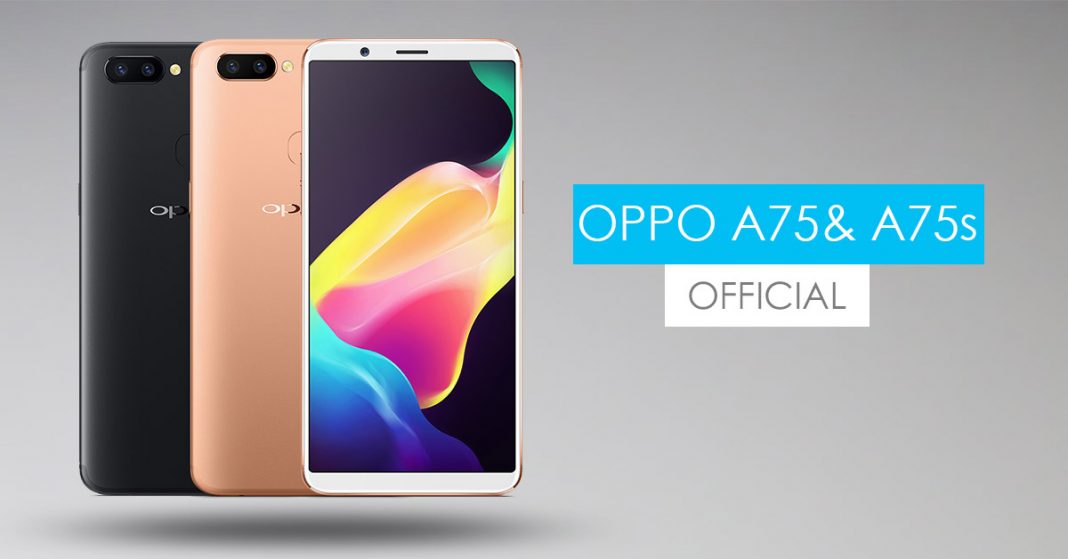 Oppo A75 and A75s are two new smartphones from OPPO. Both the smartphones share the same specs except for their storage capacity. The Oppo A75 only has 32GB of internal storage whereas the A75s has 64GB of storage to spare. Both share RAM options of 4GB and run on MediaTek Helio P23 (MT6763T) SoC.

Camera wise, a 16MP lens is available on the back with an aperture of f/1.8. The front, in typical oppo fashion, holds a 20MP sensor for selfies with an f/2.0 aperture.

The smartphones run on Android 7.1 Nougat with Oppo’s custom UI on top. And running all this is a 3,200 mAh battery on both the variants. There is also a fingerprint sensor on the back.

Other than these, the usuals include 4G LTE, Bluetooth 4.2, GPS, 802.11 a/b/g/n Wi-Fi, face recognization, OTG and expandable storage. It is also comparatively light at 152 grams.

Color options include gold & black. The OPPO A75 and A75s are already available in Taiwan for roughly $365 for the Oppo A75 and $400 for the A75s. If you happen to live in Taiwan, you can order yours from here.

Specification of Oppo A75 and A75s