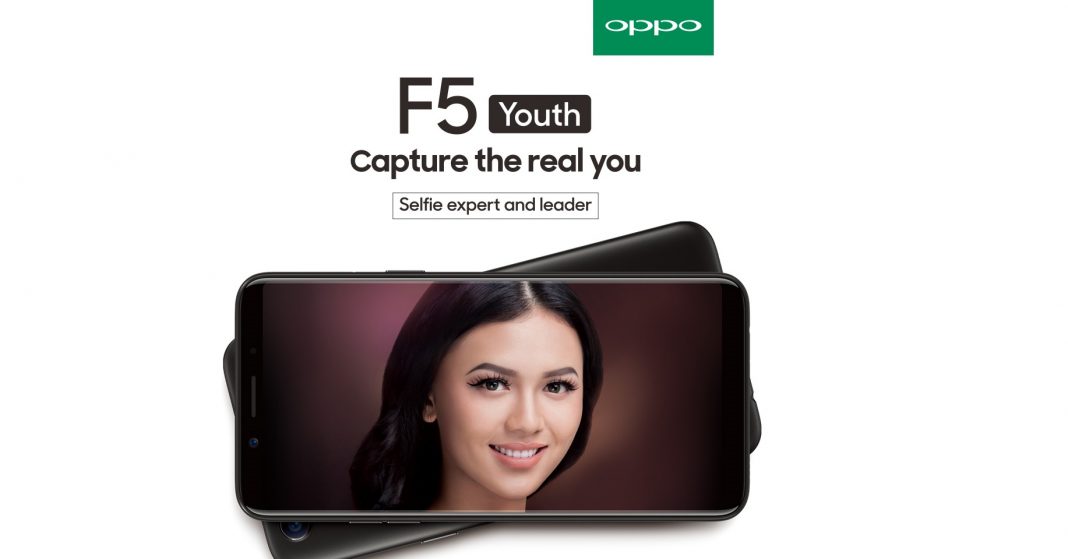 Oppo F5 was recently launched in Nepal targeting the audience who are a fan of photography and selfie moreover. Now, Oppo has launched the lower-end variant of the F5, the F5 Youth. But don’t let the name fool you, the phone is moreover like a base variant of the Oppo F5 as they are barely separable in most of the aspects.

The Oppo F5 Youth comes with a 6.0-inch display with Full HD+ resolution. Having a Full HD+ display means as a rule of thumb – it comes with an 18:9 aspect ratio. The phone has narrow bezels overall and holds a true 2017 aesthetic. Well if you look at the Oppo F5, it doesn’t differ much from that. The front panel is protected with Corning Gorilla Glass 5 while the overall phone is crafted with a unibody metal. The back holds the fingerprint sensor as well.

The Oppo phones are all about the Camera and the F5 Youth has pretty good numbers when it comes to megapixel counts. Up front, it holds a 16MP camera which comes with Oppo’s AI Beauty mode which promises to up your selfie game. And on the back, it holds a 13MP Camera with f/2.2 aperture. If you compare the camera specs of F5 Youth with the F5’s it certainly feels feeble then again the price is also fairly low. The front doesn’t offer a selfie flash. The phone is powered by MediaTek Helio P23 Processor clocked at 2.5GHz. It is aided by 3GB of RAM. The phone offers 32GB of onboard storage which can be expanded up to 256GB using Micro SD card slot. The Oppo F5 Youth is running on Android 7.1.2 Nougat with no promise of further OS update.

In general, the Oppo F5 Youth falls back with low RAM and Megapixel count on both front and back compared to the F5. But the aesthetics and overall most of the specifications remain the same. If you are okay with a slightly weak camera and less RAM then opting for the Oppo F5 Youth instead of the F5 could save you up to 5 thousand.