As previously expected, OPPO launched the OPPO K5 in China on October 10. This successor to the OPPO K3 brings in multiple upgrades, most notably in the camera and battery division.

Starting off, the K5 ditches the pop-up selfie camera from its predecessor for a waterdrop notch that houses the 32MP f/2.0 selfie camera. There’s now a quad-camera setup at the back with the 64MP f/1.8 Samsung GW1 sensor alongside the 8MP f/2.2 ultrawide lens, a 2MP f/2.4 lens for macro shots, and finally a 2MP f/2.4 depth sensor. You can also shoot videos through the ultrawide lens. Yay!

The phone is powered by a fairly competent chipset – Snapdragon 730G (8nm) and Adreno 618 GPU, which integrates Qualcomm’s “Snapdragon Elite Gaming” unlike the regular SD730. This feature saw its debut on Qualcomm’s flagship chipset, the Snapdragon 855. Thus, one can expect top-notch gaming performance on the K5. 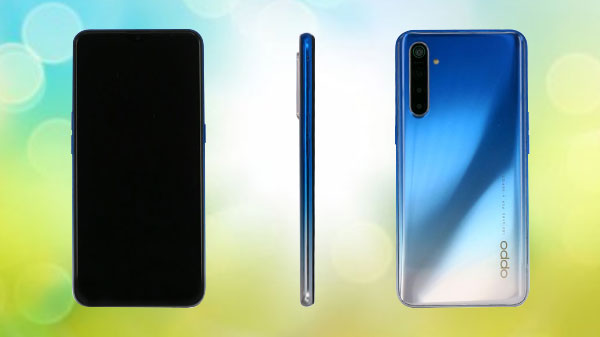 OPPO phones are known for their tantalizing design aesthetics and this one’s no exception either. The K5 features a 6.4-inch Super AMOLED display with FHD+ (1080 x 2340) resolution and a 19.5:9 aspect ratio. There are 3 memory variants of the K5: 6/128GB, 8/128GB and 8/256GB. Additionally, you can expand the storage up to 256GB through the dedicated microSD slot.

Moving on, the phone comes with a decent 4000 mAh non-removable battery. The exciting thing here though is the 30W charging capacity. With the VOOC Flash Charge 4.0, OPPO claims that it can take the phone’s juice to a whopping 67% in 30 minutes of charge via USB Type-C.

As with the AMOLED panels these days, you also get an optical on-screen fingerprint sensor in the K5. The 3.5mm headphone jack is still there with Dolby Atmos support. Furthermore, the K5 runs on Android 9.0 (Pie) with OPPO’s ColorOS 6 on top.

The Chinese pricing for the K5 has been unveiled and they are as follow:

OPPO Nepal hasn’t announced if and when the K5 will be coming to Nepal. Stick with us and we’ll keep you updated on the pricing and availability of the OPPO K5.