Home OPPO OPPO Realme 2 Launched: A Downgrade from the Realme 1! 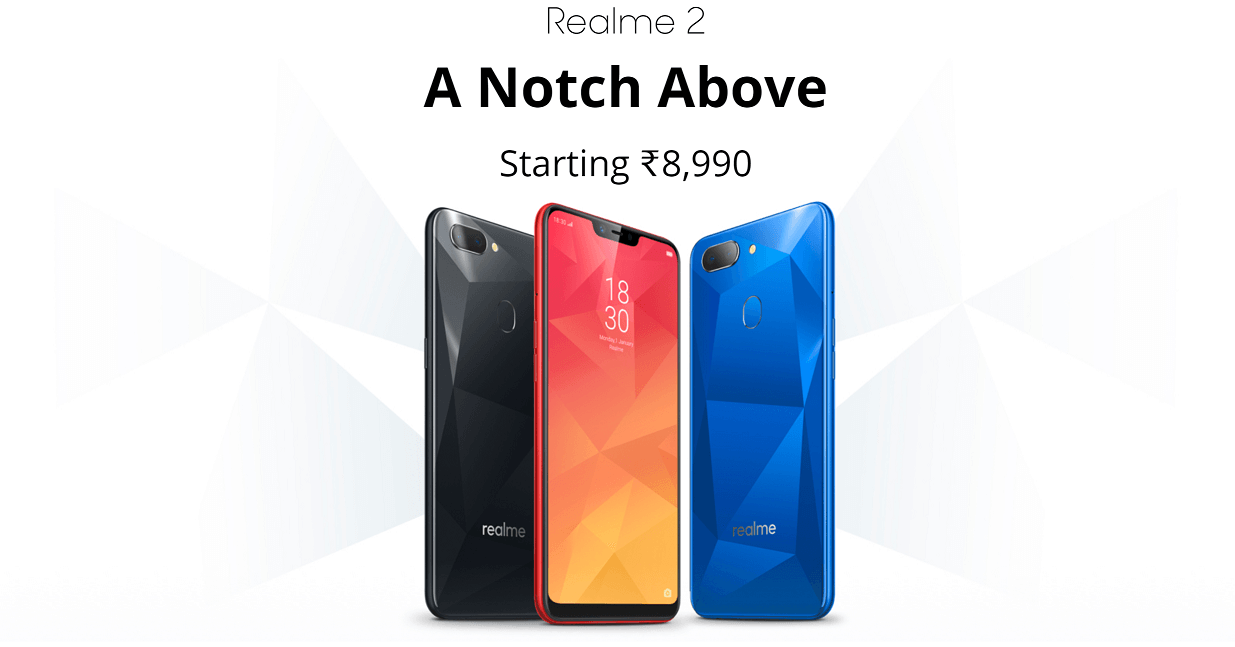 The OPPO Realme 2 is the successor of the Realme 1 that was launched some time ago. The Realme 2 has been launched in India. If we recall what the Realme 1 was like, the OPPO F7 Youth comes to our mind, which pretty much was a good phone. This time around, we have OPPO’s latest offering, the OPPO Realme 2. When put in comparison with the Realme 1, the Realme 2 seems like a slight downgrade in the processor department with the Snapdragon 450 Soc rather than the Helio P60.

Similarly, the Realme 2 does not really feel like a real successor because apart from the choice of chipset, RAM has also been compromised to 4 GB and 3 GB options only. While the Realme 1 resembled the F7 Youth, the successor looks like the OPPO A3S with a fingerprint sensor. However, what is an improvement is that the Realme 2 has a bigger battery this time, with a capacity of 4230 mAh. Display wise, it has a 6.2-inch screen which is 0.2 inches bigger than its predecessor, but the resoultion has been downgraded from FullHD+ to HD+. Similarly, the camera setup is also different with the Realme 2 featuring dual 13+2 MP cameras at the back and an 8 MP shooter at the front. The camera features include Portrait mode and the infamous AI among the others. There is also a notch for those notch lovers out there.

The device has been launched in India today but sadly will not make its way here in Nepal. We have the similar OPPO A3s here in Nepal that was launched a few days ago. The Realme 2 is similar to the A3s minus the fingerprint sensor.