4 months! That’s how long it took for Oppo to announce its successor to the Oppo Reno 10x Zoom. Oppo Reno 2 will be the new addition to the Reno series. And it is expected to launch on August 28 in India. Now that’s interesting. Because its predecessor was first launched in China. However, the popularity of the phone in India might have played a part in this case. 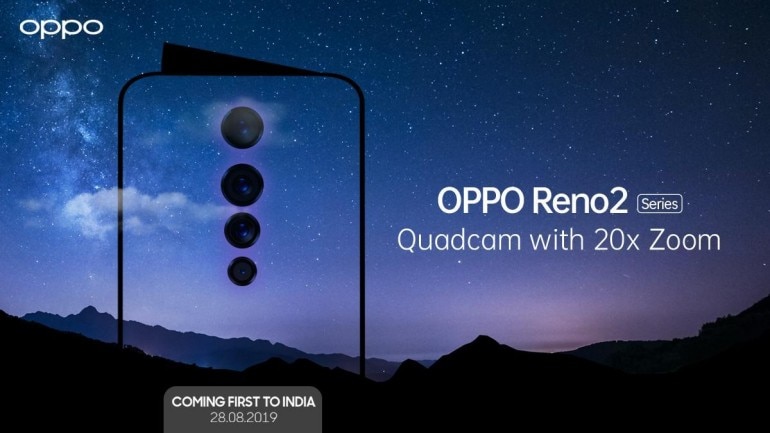 Additionally, there will be a quad-camera setup on its back. This is an upgrade considering the fact that its predecessor had a triple camera setup. Now, with a four-camera array on the back, it can be speculated that the primary one will be of 48MP. Furthermore, it will probably have an 8MP wide-angle sensor, a 13MP telephoto lens, and a 2MP monochrome sensor. To top it all up, the device will feature a 20x Hybrid Zoom. And the smartphone can be the very first kind to have such a notable feature.

With the expected launch date being August 28, we’re certain that further rumors will surface soon. But until then all we can do about the phone is speculate, isn’t it?