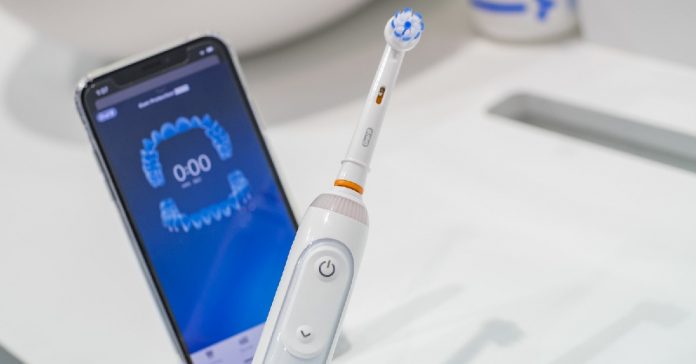 How wide is the scope of Artificial Intelligence (AI), we don’t know. But we definitely know that AI has encroached on quite a lot of sectors. And with the manufactures striding to integrate AI on all sorts of goods, the Artificial Intelligence has been nothing much that a dull buzzword lately. Quite similar to others’ story, Oral-B, a toothbrush company, unveiled a “smart” toothbrush, which is said to be enriched with AI-capabilities. And this Oral-B Genius X smart toothbrush is said to learn the brushing habits of its users and suggests necessary to follow to improve them.

The toothbrush connects to a smartphone app via Bluetooth. And everything inside the mouth can be supervised through the app. For that, the brush comes packed with a number of sensors. And paired with the Artificial Intelligence, the brush identifies the place you are currently brushing and the teeth left to brush. That’s not all, the Genius X can also provide precise data as to which teeth are being neglected and when the user is pushing down too hard.

People these days are often busy with their chores and are often found brushing their teeth hurriedly. And often times, such habits result in improper cleaning of the teeth. But Genius X has a solution for that as well. The device makes sure that its users brush every tooth thoroughly and without any sorts of hassles. The toothbrush also checks if the user has brushed their teeth for the right amount of time. The brush does all these things irrespective of an individual’s brushing habits.

The prototypes of the Genius X were showcased at MWC 2019 in Barcelona. And the price of the device was kept a secret during that time.