Otaku is a Japanese term for people with obsessive interests, including anime, manga, or video games. During the recent years, the number of Otakus is increasing in Nepal as the increase of people’s interest for anime, manga and video games. Various conventions and events have been successfully organized for the purpose of promoting the anime, manga and gaming sectors.  So for the same purpose, the year 2017 kick started with one of the biggest Otaku events held in Nepal- Otaku Jatra. Otaku Jatra was held with the slogan “By the fans, for the fans” on 14th January at Celebration Heights, Sukedhara, Kathmandu in which cosplay competition, gaming contest, and anime merchandises were the main attraction. 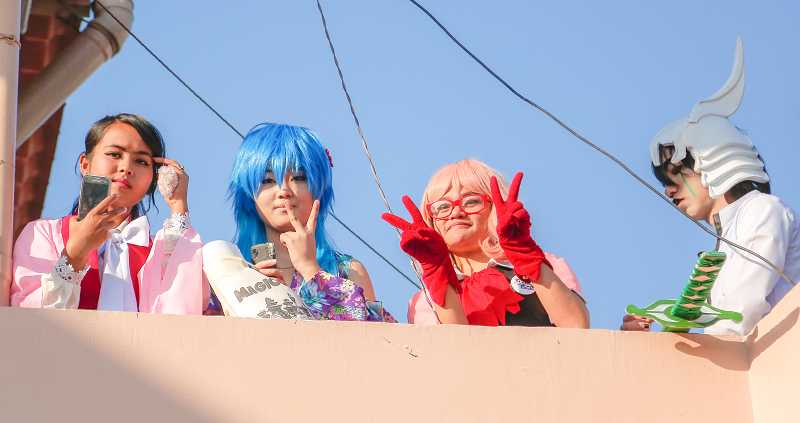 The event was organized by Otaku Club Nepal with the management of Lil Bit Entertainments that gathered a huge crowd of more than 2000 people. The event had 14 stalls which included anime stores selling anime merchandises, welfare organizations (Sneha’s Care, Helpibri), event partners and sponsors. One of the stalls also had quiz anime hosted by Nepanime. The event had 6 food stalls with various mouthwatering Japanese Dishes and the chefs were very busy due to the random orders of the customers. The Maid Café also attracted many visitors where cute girls dressed up as Japanese maids were serving foods. The face Painting stalls were also one of the attractions for visitors. 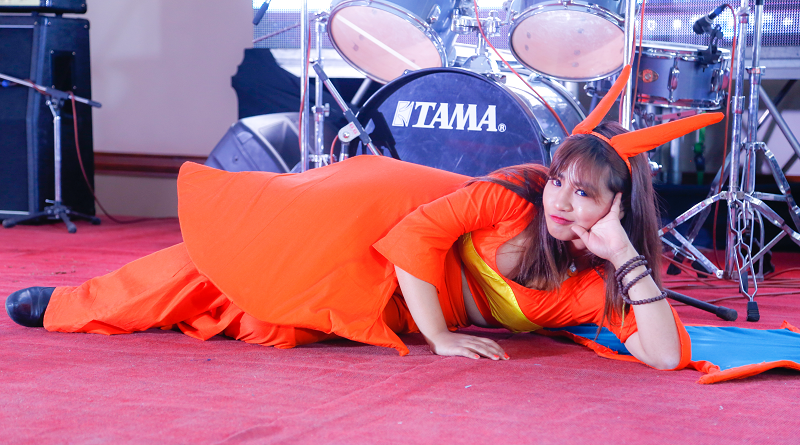 Now moving on to the cosplay section, almost 160 cosplayers were registered for the events competition as well as many unregistered cosplayers were also seen. Cosplayers who weren’t able to register for the event was also given chance to perform on the stage. People witnessed cosplay’s from various famous animes and movies such as Naruto, Goku, Wolverine, Joker, kakashi etc. and also the couple from Makoto Shinkai’s famous movie Kimi no Na Wa(Your Name). The competition winner were cosplays of Ryuk and Misa(Death Note), Mystogan(Fairy Tail) and Rem & Ram(Re: Zero) being 1st, 2nd, nd 3rd respectively. Devil Jin (Tekken) and Mayuri Kurotsuchi (Bleach) were honorable cosplayers and Arju Takayamaji being youngest cosplayers cosplaying Goku from Dragon Ball.

Rohit Shrestha, Winner of Cosplay Competition said, “Being passionate about cosplay comes first to me rather than winning- Winning just proved that you are on right track. My cosplay wouldn’t have been successful without the prop designer Wataru Ram Shrestha and Sakun who helped me a lot and it wouldn’t have been successful without my other half Puza Tamang who is other half of my cosplay Misa. The feeling of winning something is great. When my name was announced I couldn’t believe but all the hard work paid off”.

As Rohit was also one of the organizers he was busy preparing for the event for the event the day before and was working for the cosplay during the night, his hard works really paid him off. Most of them loved his cosplay especially Ryuk’s mask.

The event also had performances from The Bang Up crew, Mongolian Namja, Otaku Bboys, K-Hoppers, H2B, Crimson Yeoja, Rapper DMJ, and action packed Wushu performance. Dhiraj Magar, Youtuber (thatdudevlogs), also came to the event and spoke a few words appreciating the participants and the event itself. The event also had a head banging performance. And the AMV’s by Silent Pages were awesome.

Wataru Shrestha, Founder of Otaku Club Nepal said, “Overall the event was a huge success although there were difficulties here and there. All of our team worked super hard but most of them couldn’t see the performances because they were busy managing here and there but we are very happy, we didn’t expect much of a crowd, though. Well, we would like to continue spreading Otaku culture in Nepal”.

Even though the venue was large, it was crowded. The organizers hadn’t even expected such huge crowd. Maybe there was huge crowd because of their hard works from designs to photos shoot to video promos all of their hard works paid off. The event was a huge success because it was very interactive in each and every aspect as well as promoted the Nepali otaku culture in the best way possible. People who didn’t attend the event really missed something great. In case you missed it don’t worry there is another two-day event “NEPAL COMIC AND COSPLAY CONVENTION” hosted by Otaku Next during the month of March 2017.

Thanks, Sandeep Thapa for the article.