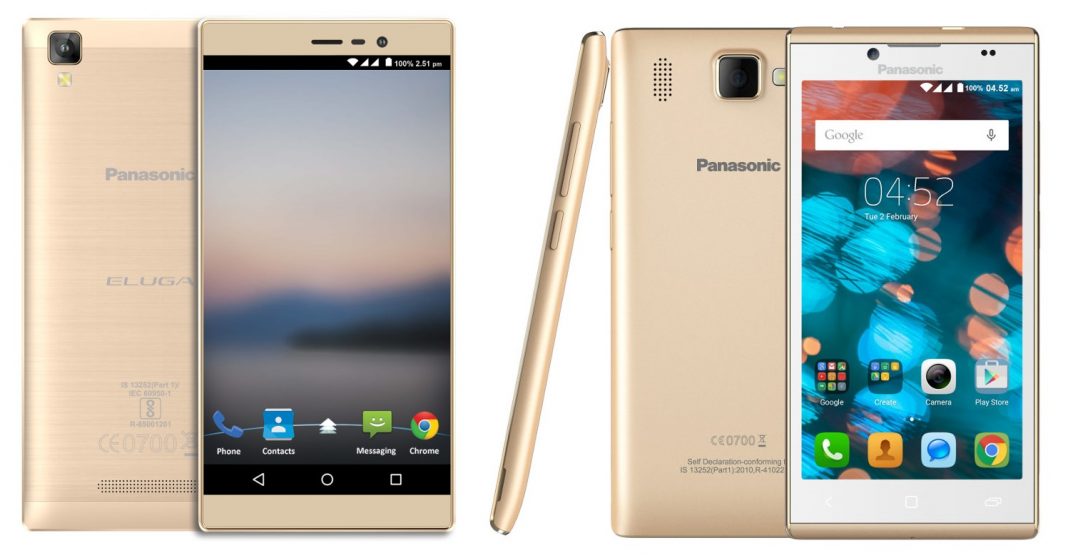 Allied Tradelink Pvt. Ltd., the authorized distributor of Panasonic mobiles in Nepal, has launched 2 new smartphones: Eluga A2 and P66 Mega. Both these phones are available from various retail outlets all across the nation.

The Panasonic Eluga A2 features a 5-inch HD IPS display and is powered by a 1GHz quad-core 64bit MediaTek MT6735P processor with Mali T720GPU, and 3GB of RAM. For memory , the phone boasts 16GB of inbuilt storage that can be expanded via microSD card upto 128GB. Camera wise, it has 8MP back snapper with autofocus and LED flash and a 5MP selfie-centric sensor. Powering the Eluga A2 is a huge 4000mAh battery which should provide at least 2 days of battery life considering the specs. It is still running on Android 5.1 Lollipop with FitHome UI, which is of course a let down considering most of the phones in 2016 comes preloaded with Android 6.0 Marshmallow. As far as connectivity goes, the phone has Dual SIM support with 4G Vo-LTE, WiFi b/g/n, Bluetooth 4.0, and GPS. Missing, however, are features such as dual band WiFi ac, Fingerprint scanner, and NFC. Despite featuring a massive 4000mAh battery, the phone is thinner at 8.9mm and weighs just over 165gms. It comes with a removable back cover which is made up of plastic, however, the battery is not accessible. Available in Gold color option, the company has priced the Eluga A2 at Rs. 16,990. The Panasonic P66 Mega features almost similar specs as the Eluga A2. It has a 5-inch HD display, is powered by a 1.3GHz quad-core 64bit MediaTek MT6735 processor with 2GB of RAM and 16GB of expandable memory. Camera wise, it also has the same 8MP snapper on the back and 5MP snapper up front. Powering the phone, however, is a smaller 3200mAh battery which isn’t bad my any means. It also has support for dual SIM with 3G, but 4G LTE is missing. It is priced at Rs. 13,490 and is available in Electric Blue color option.