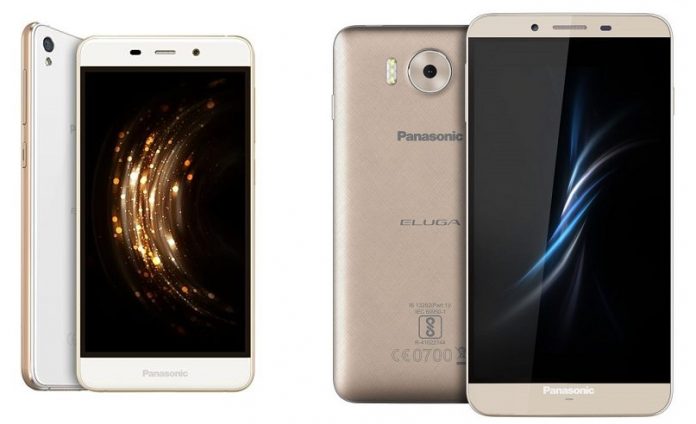 Allied Tradeline, the authorized distributors of Panasonic smartphones in Nepal, has unveiled two new phones in the Nepali market — Eluga Arc 2 and Eluga Note. The Eluga Arc 2 is priced at Rs. 21,990, while the Eluga Note is available for Rs. 22,990.

Powering the Eluga Note as well as the Eluga Arc 2 is a MediaTek processor (MT6753 and MT6725) which are obviously not the fastest SoC’s at this price range. However, Panasonic has included 3GB of RAM and 32GB of onboard storage on both these models. The storage can be further expanded via microSD card up to 128GB with microSD.

Both the Eluga Note and Eluga Arc 2 runs on Android 6.0 Marshmallow with Fithome UI. Both phones are not expected to get Android 7.0 Nougat considering the history of Panasonic in terms of updates. Connectivity options include Dual hybrid SIM slot with 4G VoLTE, WiFi 802.11 b/g/n, Bluetooth 4.0, and GPS. The Eluga Note features a 16MP rear camera with triple LED Flash, f/1.9 aperture, 6P lens, and 1080p video recording. The Eluga Arc 2 has a modest 8MP rear camera with LED flash. Both the phones houses a 5MP front camera. Fueling the Eluga Note and Eluga Arc 2 are 3000mAh and 2450mAh battery respectively.