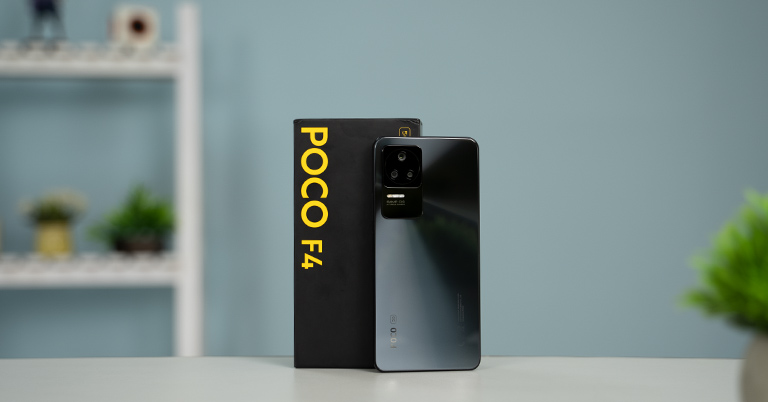 Poco has finally launched the highly anticipated F4 5G smartphone. The phone was unveiled alongside the Poco X4 GT via an online live stream. In this article, we will be focusing on the specs, features, availability, and expected price of the Poco F4 in Nepal.

Poco F4 5G is the second phone in the latest F series after the F4 GT Gaming Edition. As with the recent F-series phones, the Poco F4 5G is also a rebranded Redmi phone, the Redmi K40S — to be more specific.

The Poco F4 doesn’t look any different from the Redmi K40S. It has the same rear camera bump, flat frames, and center-aligned punch-hole cutout. The only change made by Poco is to replace Redmi’s branding with one of its own. On the front, the F4 flaunts a 6.67-inch E4 AMOLED screen with FHD+ resolution. It’s a 100% DCI-P3 coverage panel with Truecolor professional color tuning, ΔE≈0.35, and JNCD≈0.35 color accuracy. Likewise, the phone also has HDR10+ certification and can hit peak brightness of up to 1300 nits.

As for performance, Poco is once again turning to Snapdragon 870 chipset. It is the same chipset that powered last year’s Poco F3 as well. Poco is pairing it with its own LiquidCool 2.0 technology, which will help keep the CPU temperature in check.

In a video shared by Poco India’s official Twitter handle, Poco F4 5G is shown to have cooler temperatures and better-sustained performance than iQOO 9 SE and OnePlus 10 Pro in the CPU throttling test. 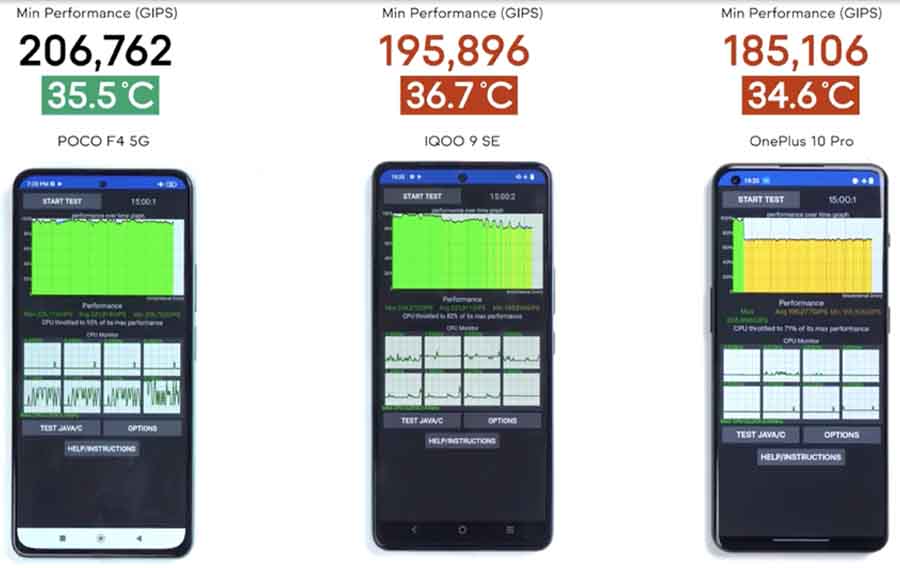 Poco has not changed much in the performance department that it usually does. Instead, the company is focusing on the camera aspect of the phone.

The Poco F4 5G houses a 64MP primary camera up from F3’s 50MP sensor. Still, the biggest gain is the inclusion of Optical Image Stabilization, which you do not often see in midrange offerings from Poco and Xiaomi. It is paired with an 8MP ultrawide sensor and a 2MP macro sensor. Upfront, we find the same 20MP sensor for selfies.

Fueling the phone is a 4,500mAh battery with support for 67W fast charging. It ships with MIUI 13 based on Android 12 out-of-the-box. Furthermore, it packs stereo speakers with Dolby Atmos, an X-axis linear vibration motor, and an IR Blaster.