The Pocophone F1 is still one of the best mid-range smartphones in the Nepali market right now, despite being a year old. It’s the only phone that has been this successful at Daraz, an Alibaba owned E-commerce website. The company claims it has sold around 3000 units through flash sales. And, the demand among tech enthusiasts for the Pocophone F1 is still ubiquitous. Maybe that’s the reason why the eCommerce giant had to restock the product on multiple occasions.

Daraz had recently restocked the product. Maybe the handset got sold out completely, it’s nowhere to be found at their shelf. But needless to worry about that. Another e-commerce platform, SastoDeal, launched the higher-end model of the device for a lesser price than what Daraz was originally offering. The handset is now available for pre-booking. The delivery is said to start from 4th of August.

Talking about the specs, the major highlight of the phone is its powerful processor. The handset features Snapdragon 845, which was the flagship chipset of last year. Since it still outperforms most of the mid-rangers out there, Pocophone F1 holds a notable position in the midrange segment. The performance is further complemented by 6GB of RAM. On the storage front, there is 128GB of onboard memory with an extra SD card to expand things further.

Talking about its imaging prowess, the phone embraces a dual-camera setup at the back. The phone captures some amazing images. We even have a DxOMark rating to prove the point. Furthermore, the recent software update has included a feature to capture slow-motion videos up to 960fps. On the front rests a 20MP shooter, which, in a similar way, captures some noteworthy selfies. 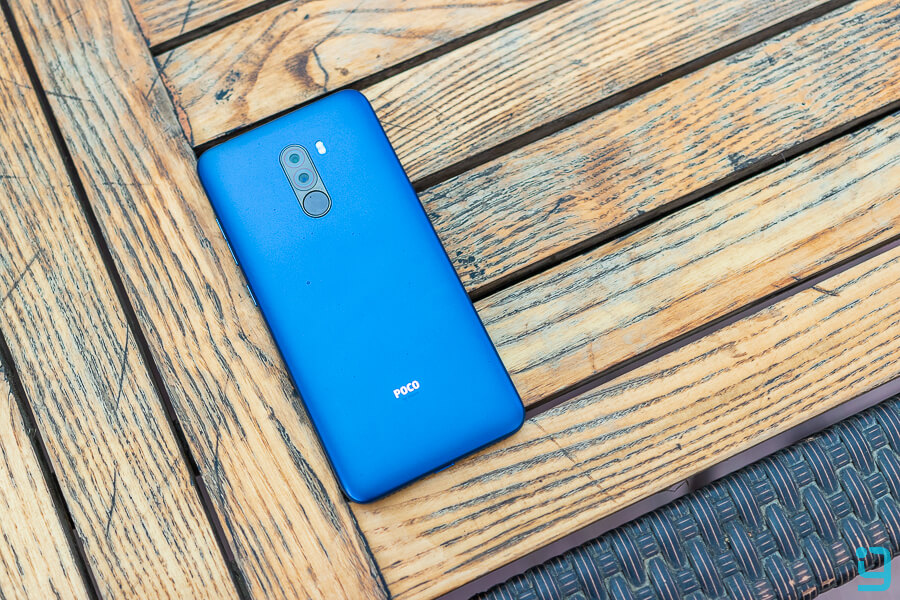 On the front, you get a 6.2-inch IPS display with a wide notch on the top. With the wide notch, the display looks kinda ugly but with all the sensors incorporated on the notch, the aesthetics don’t matter much. Among all the sensors out there, the IR sensor is the most notable one. With the IR sensor, the phone performs 3D mapping of the face and unlocks the device accurately even in the dark. This features closely resembles with the all-hailed iPhone X.

The phone is fueled by a humongous 4000mAh battery with support for Quick Charge 4.0. So alongside the prolonged endurance, you can get your phone juiced up real quick. The phone currently runs on Android Pie with MIUI 10.2 on the top. But Xiaomi has already promised to provide Android Q update. So even on the software side, you are all covered.