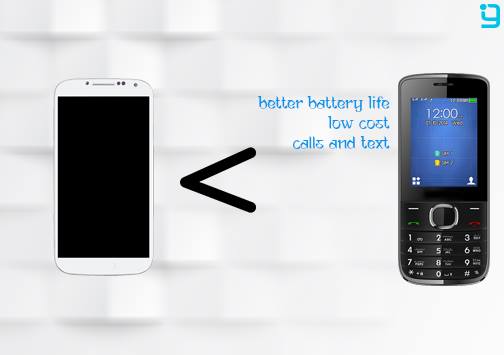 While smartphones might be dominating the market with its flamboyant high-resolution screen, and super fast processing, but there has always been an issue with its battery life that lasts for less than a day.

And for those that find texts and calls to be the most important thing in a phone, there is a solution: the Rs.1,195 Purple Atom. It is a simple, robust old-fashioned device that has a standby battery life of 15 days. Despite its limitations compared to smartphones, it is perfectly suited for texts and calls or as a secondary phone for just about anyone who uses 2 SIM cards. Moreover, many smartphone users are now turning to basic phones since it has great battery life, durable, easy to use, and you would care less if stolen or broken. It is estimated that around 44 million basic phones were sold last year. I, for one, recently bought a Purple Atom phone for my grandparents, and it works perfectly fine for them. They have to charge the phone in a week, and they don’t use 3G data on their phone.