North Korea is a country that needs no introduction…or a lot of it, depending on how you see it. It’s a highly secluded country and believes in self-reliance. And that’s probably all the info available about the country ruled by dictatorship. And in a bid to remain more secluded (or protect its privacy, in their words), their home-brand Pyongyang launched a new smartphone in the country. Dubbed Pyongyang 2425, it’s typically North Korean – runs only government-approved apps, and restricts all the rest.

The Pyongyang 2425 is the successor of the Pyongyang 2423. No, the names are very strange, and we don’t know if we can compare it to anything. But, it claims to bring a substantial upgrade over its predecessor. This new smartphone features a powerful octa-core processor onboard. And the company officials say the new CPU boosts the processing speeds by 150%! Also, the touchscreen experience is better. Of course, this is all the company’s word itself, and we don’t really know. We’ll just have to take their word for it.

As for the aesthetics, the phone features a 6.2-inch screen with Full-HD+ (1080 x 2246 pixels) resolution. However, the type of display panel is not revealed. But, the display also comes with an iPhone-like wide notch on top. And the notch houses an IR scanner along with the selfie camera and other sensors. This means that there is 3D Facial mapping, enabling it to use Face Unlock even in the dark. However, there is also a fingerprint scanner at the back.

Company officials say, “Face recognition through infrared technology means you don’t need fingerprints or a password and can easily get past the lock screen even in dark environments”. And I was like… “Yeah…that’s the whole point of an IR Scanner!”

In terms of software, the Pyongyang 2425 runs on Android 8.1 Oreo. Yes, it’s old for us, but we don’t know what goes on in there. But experts say that North Korea might have ordered production with the mutual understanding that they’d replace the software later on. So, there should be a customized UI or an entirely new OS when it starts shipping. And we wouldn’t expect any less from the North Korean government.

The battery on the device is a 3050 mAh battery, with wireless charging support. But as far as the cameras are concerned, its hardware information is still under cover. But to no one’s surprise, the company claims high-res camera sensors.

The phone has Wi-Fi connectivity features, too. Yes, we take that for granted, but its a different story there. It is designed not to connect to foreign Wi-Fi networks! But it does have this “Wi-Fi SIM” card, which allows its users to use Wi-Fi services available within the nation. A user reported using it to view and save science and technology related materials from any location”. And according to him, it was like a “Mirae (future) public free wireless data network”. And this is something that was promoted only last year in the country’s National Exhibition of IT Successes. 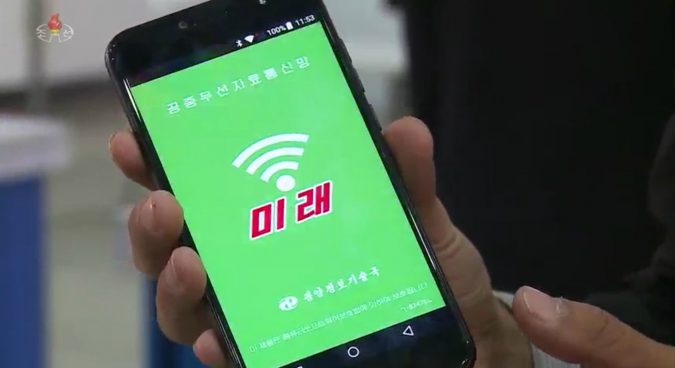 Of course, there have to be some typically North Korean characteristics. And owing to security concerns, the phones don’t even allow their users to open pre-installed photos and ringtones. Also, it will only run government approved apps. Images that surfaced show dictionaries and other learning programs in multiple languages. Anti-theft security apps like Gold Bell 1.0, Kwangmyong Encyclopedia, an Office Management Apps and a Weather App 2.0 were also visible on the image. 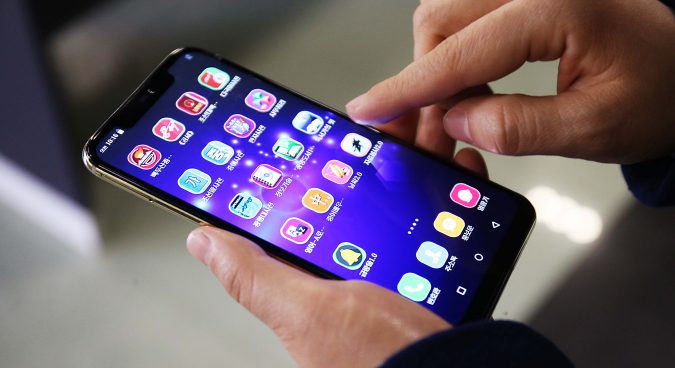 This device comes in a bigger than normal smartphone package but packs the same components. It packs a clear silicone case, headphones, a USB Charger, a wireless charging dock, and a USB Type-C to 3.5 mm headphone adapter. Which means, that the phone does sport a 3.5 mm headphone jack. 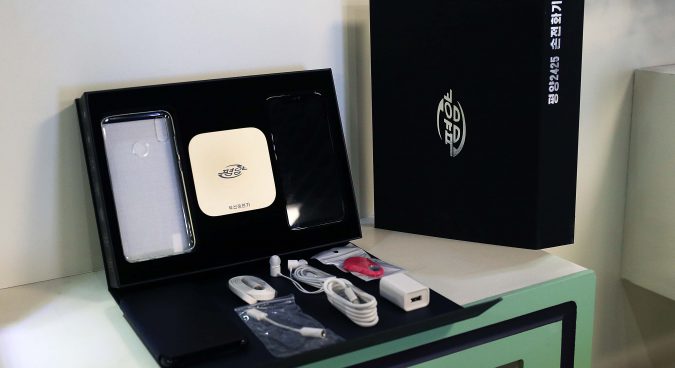 If we look at the whole thing, it looks like a premium phone, especially, due to its packaging. However, the price is also in the dark. And although the phone is North Korean, there are rumors about it being made in China! The irony…