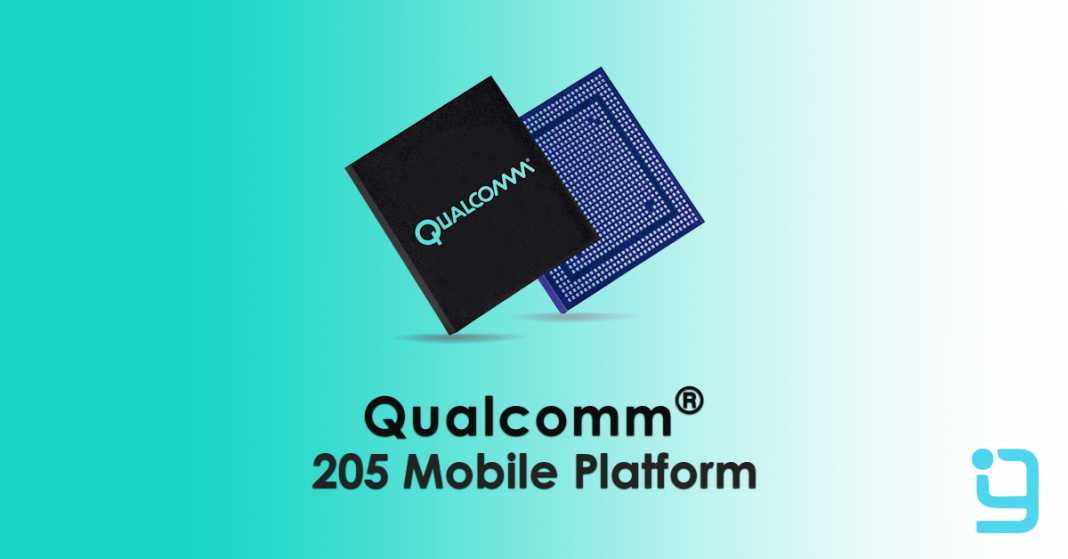 In an event in New Delhi, Qualcomm has unveiled a new entry-level SOC aimed at feature phones. As Qualcomm announced earlier to take back “Snapdragon” title from its low-end processors, this new chipset is named accordingly as Qualcomm 205 Mobile Platform. This new SOC houses X5 Category 4 LTE modem and hence will have download and upload speed of 150Mbps and 50Mbps, respectively.

The Qualcomm 205 Mobile Platform, high-efficiency and low-cost SOC, consists of a dual-core CPU clocked at 1.1GHz and will be coupled with Adreno 304 GPU. This chipset will support LPDDR2/LPDDR3 RAM. Furthermore, it will work with Wi-Fi 802.11 b/g/n, Bluetooth 4.1, Dual SIMs, and location services (GPS, GLONASS). This new mobile processor can support VGA selfie camera and up to 3MP back Camera. The device based on this processor can support 480p displays.

Looking at its specs support, It is simply not designed for a smartphone phone but rather a feature phone.

In a country like ours, feature phone is still a thing. Yes, the smartphone will start to replace them some days in the future but when is still not certain. Feature phone users do rely on mobile data for the internet. After the launch of Qualcomm 205 Mobile platform, even the feature phone users will get connected with the faster 4G network. It certainly is a good news. Therefore, we can be hopeful to see some cheap yet powerful feature phones in the year 2017.