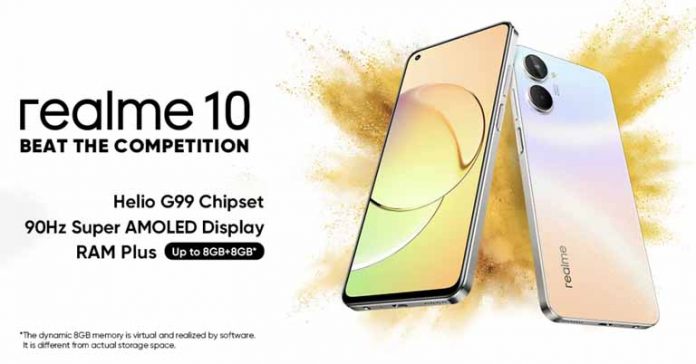 Realme has just unveiled the first phone of its latest number series. So, let’s look into the Realme 10 in more detail, including its specs, features, expected price, and availability in Nepal.

Last year’s Realme 9 was powered by the Snapdragon 680, which brought the power efficiency of a 6nm process but sacrificed raw performance as a result. Realme is improving this with the Helio G99.

This new mid-range chip is based on TSMC’s 6nm and brings newer and faster CPU cores. With the new chip, Realme 10 has already scored 400,086 points in Realme’s internal testing.

The chip is paired with up to 8GB of LPDDR4X RAM and 256GB of storage. Users will be able to access an additional 8GB of virtual memory. As per the company, Realme 10 can run 18 apps simultaneously because of the hardware and software optimization. 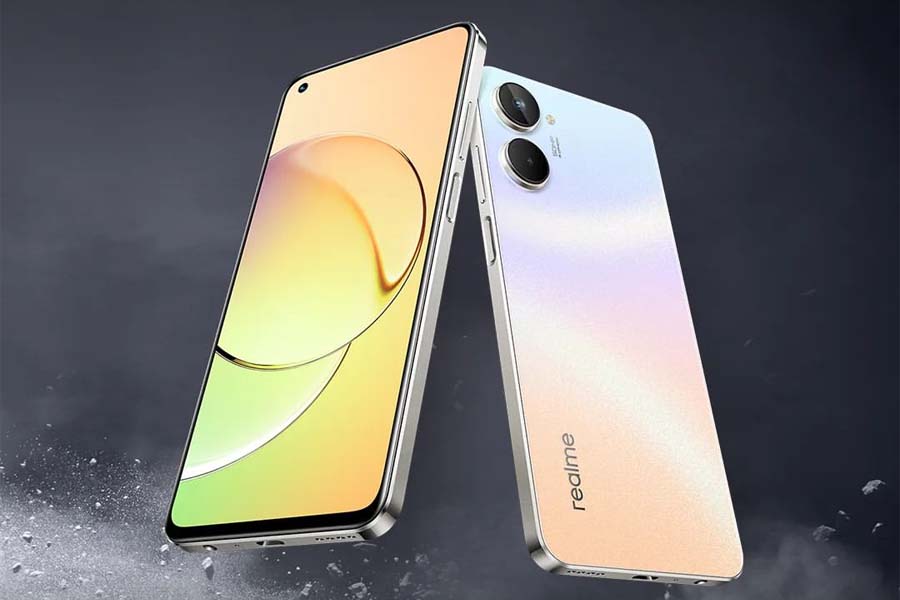 Realme 10 sports a 6.4-inch FHD+ screen that refreshes at 90Hz. The touch sampling rate is listed at 180Hz. Since Realme is using a Super AMOLED panel, the phone has an in-display fingerprint scanner.

The frames are now flat, with only the edges retaining curves. Realme has also gotten rid of the plastic camera bump at the back.

As a result, the two camera sensors emerge from the rear panel itself. Realme has scaled down the resolution of the primary camera from 108MP to 50MP. Realme 10 doesn’t have an ultrawide module since the only other camera is a 2MP portrait sensor. Moving on, the phone is getting the same 5,000mAh battery as its predecessor. The charging speed is also capped at 33W. The phone ships with Android 12-based Realme UI 3.0. For audio, the phone has a down-firing single speaker and a 3.5mm headphone jack.