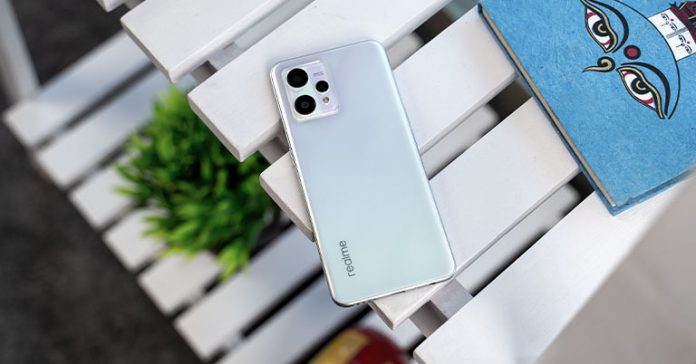 Realme’s latest entry in the number is the vanilla Realme 9. Compared to the 5G variant, it brings an AMOLED display, a 108MP camera, and a slightly less powerful processor. So considering everything it brings, is the Realme 9 worth it, or are there better options in the market—let’s find out in this review.

Before we start, let’s take a quick look at what Realme 9 offers in terms of specifications.

Okay, let’s start with the most remarkable thing about the phone, which is definitely its design. Realme 9 is by far the best-looking budget smartphone to have come through our doors in 2022  for review so far.

The Stargaze White variant that I have here has a “ripple tide thing” going on. And depending on how you are holding the phone, its back panel shimmers colorful rays, which looks pretty cool if you ask me.

But let me clarify that this is still an entirely plastic-made phone, which interestingly works in its favor. That’s because the plastic build helps Realme achieve a slim and lightweight device.

And another thing that I have noticed during the review is that its curved rear panel allows Realme 9 to have slimmer frames and a more pocketable form factor. 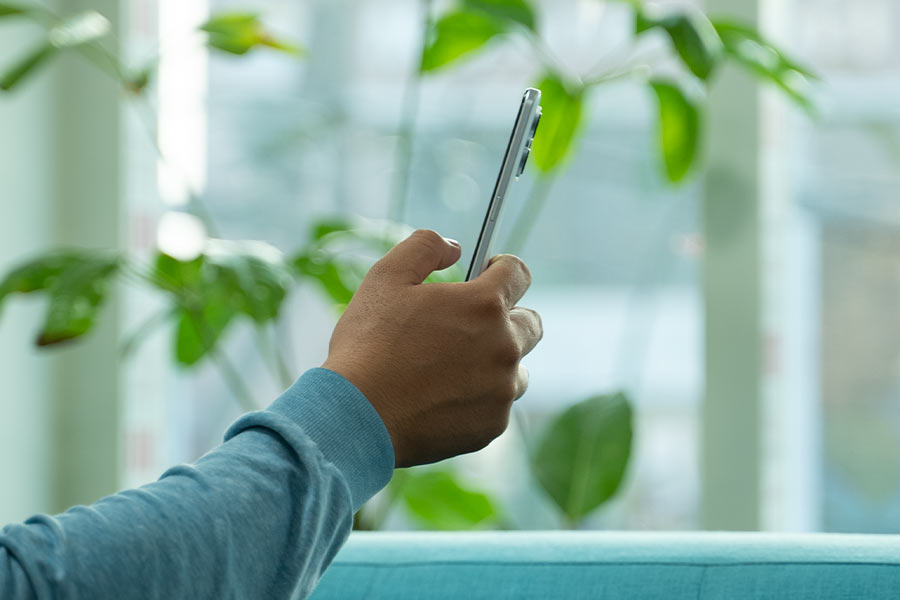 Furthermore, all the buttons are well within the reach here. But I was quite disappointed to find that Realme 9 has a single down-firing speaker only. It’s really weird that Realme offered stereo speakers on the much cheaper Realme 9i and not this.

That’s quite a shame because this guy had the potential of being a great multimedia phone for its price. Though an AMOLED panel is nothing new in this range, I found its Super AMOLED screen to be slightly superior to similarly-priced phones like the Redmi Note 11S when it comes to colors and details.

That aside, its bezels are pretty slim. And the tiny camera cutout on the left doesn’t distract you from being fully invested in whatever you’re streaming.

You even get an optical in-display fingerprint scanner underneath, which is something you don’t see that often in other budget phones. And it works pretty well unless your fingers are wet or something.

This fingerprint sensor even doubles as a heart rate monitor. Not the most accurate reading I have seen but it’s cool to even have this feature, I guess. By the way, this is also a 90Hz screen, which is not really a big deal since 120Hz displays are pretty common in this price range. In my opinion, Realme can still make the phone feel a bit smoother through software optimization if it wants to. There are instances like when switching between apps, where 90Hz doesn’t feel like 90Hz.

Realme 9 also supports adaptive refresh rate, but it doesn’t work as intended (at the time of this review). For example, Facebook runs at 60Hz in the auto-select mode although it can run smoothly at 90Hz.

This looks to be a software problem since Snapdragon 680 has handled 90Hz quite well in our experience on the Redmi Note 11, Galaxy A23, and Moto G52. Hopefully, Realme will fix this with a software update as the phone feels smooth otherwise with its 360Hz touch sampling rate.

And while the mild vibration feedback whenever you are interacting with the screen is a nice touch, I wished the haptics were a bit stronger here. Moving on, Realme 9 is among the few budget phones that ship with the latest Realme UI 3 on top of Android 12 out of the box. Then again, the company hasn’t committed to any kind of upgrade roadmap—so there’s that.

Realme’s custom Android skin is loaded with a few bloatware apps, some of which can annoy you with notifications. Thankfully, most of them can be uninstalled. And I have not come across any major software bug in day-to-day usage so far, save for the refresh rate.

Let’s talk cameras now. Realme 9 is the world’s first phone to feature Samsung’s new 108MP ISOCELL HM6 sensor. Therefore it is also a feature that Realme has used to create hype around the phone. So… how does it perform in real-life usage then?

As you can see in these images, photos from Realme 9 have quite saturated colors. That’s typical of a Realme phone if you ask me. It’s more evident when you place them side by side with other 108MP camera phones like the Note 11S.

In this instance, the punchy colors work quite well in the favor of Realme 9 as its photos usually look more pleasing to the eyes.

I found the same thing with the ultrawide shots. Realme’s photos look more lively although there is not much detail on either of them.

Yet, there is not a clear winner when it comes to portraits. Realme 9’s shots have a reddish tint whereas subjects look almost lifeless from the Note 11S.

On the other hand, neither of them can take good enough selfies to set one as your profile picture. There is a lot of smoothening going on the Realme 9 whereas the Note 11S tends to add artificial details somehow.

Portrait (Normal and Portrait)
1 of 6

As for regular nighttime images, they are not any better. However, the 108MP sensor on this phone does work its magic under Night Mode, which delivers noticeably better exposure, details, and colors.

Getting to videos, you can only record at 1080p 30 fps from both the front and the rear camera from these phones. And as you can see here, they suffer from poor stabilization and colors.

All in all, Realme 9’s camera setup is pretty decent for the price—especially for photos. Then again, I guess not everyone’s gonna like its over-the-top color processing.

Under the hood, the phone is powered by Qualcomm’s Snapdragon 680. And I don’t think this chip needs any introduction since it has been a frequent fixture in budget phones this year. In fact, the much more affordable Realme 9i has the same processor.

In case you’re unfamiliar, the 680 is built on a power-efficient 6nm process—which is also its main selling point.

Day’s worth of battery life

So it should not come as a surprise when I say that the Realme 9 offers a great battery life. Paired with a 5000mAh battery, I easily got a day’s endurance on a full charge from Realme 9 throughout the review period.

And I do a lot of streaming shows and music, web browsing, and also light gaming! So someone with a relatively more relaxed usage pattern should easily be able to squeeze two days of endurance!

Likewise, the phone supports 33W fast charging and Realme has included a compatible power brick inside the box itself, which takes around 70 – 75 minutes for a complete fill-up. 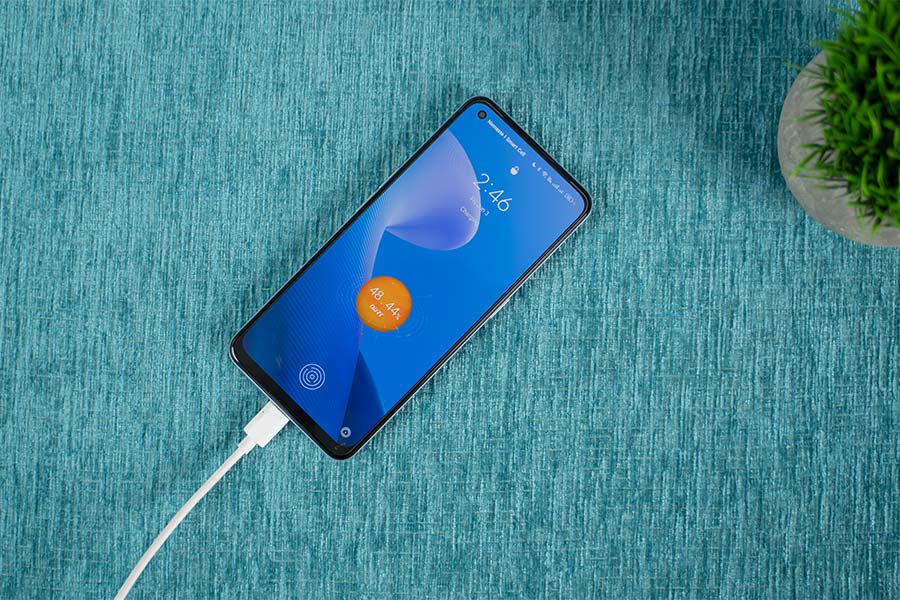 And an interesting feature here is something called “Optimized Night Charging”, which slows down the charging rate overnight so that you get a fully fueled phone by the time you wake up, without damaging the battery health or anything.

Apart from the excellent battery life, there is not much to love about the Snapdragon 680 sadly. Sure regular usage and light gaming are not all that bad here but this chip is too underpowerful for mobile gaming in 2022.

For instance, you will be disappointed with how the phone handles popular modern titles like PUBG, as the phone maxes out at just Smooth graphics and High frame rates—which means 30 fps gameplay and nothing more. And it’s not optimized to run high-fps games like Critical Ops at 90 fps either. Long story short, don’t buy Realme 9 or any other Snapdragon 680-powered phone if gaming’s a priority. For that, older chipsets like Helio G96 or newer ones like Snapdragon 695 will perform a lot better!

Okay, that brings to me the end of this review. So… do I love the Realme 9? Well, I really appreciate what the company has done with the look and feel of the phone. Despite being a budget device, it has a touch of elegance that you won’t find in many of the competition. It feels good on hand and then you get this beautiful Super AMOLED screen with a built-in fingerprint reader too.

If only it had stereo speakers, I could have recommended the phone just for its multimedia capabilities.

And other aspects like cameras and gaming could’ve been a lot better too. So if you don’t care about aesthetics, you can find better all-rounder phones like the Redmi Note 11 Pro 5G (or POCO X4 Pro 5G) by extending your budget a little. It offers a much better multimedia experience, as well as superior performance and everything else. However, if raw power is all you crave, then last year’s POCO X3 Pro is still well worth the money.