Home Xiaomi Xiaomi MI A3 unveiled: A budget device for the Android purists 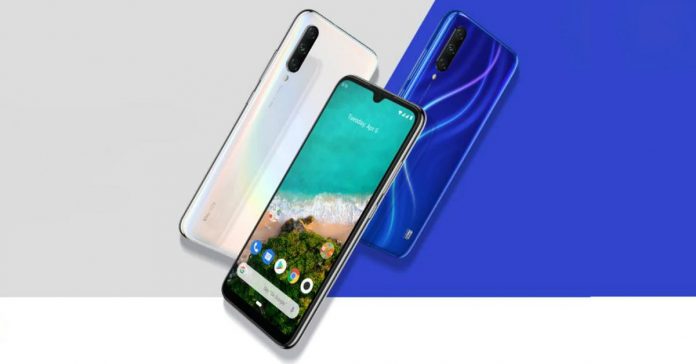 Under Redmi sub-brand Xiaomi garnered an immense success this year with the Redmi Note 7 and Note 7 Pro. These budget devices pack quite a value in the budget segment because of which company managed to sell over 15 million of Note 7 series devices in just a matter of months. To achieve a similar kind of success with its MI series devices, the Chinese smartphone maker recently launched the Xiaomi MI A3. And like all the MI series devices in the past, this one will feature a stock version of Android under the hood.

In terms of specs, MI A3 is basically the MI CC9e, which was launched a few weeks back. However, Xiaomi has completely erased the MIUI 10 overlay and put the unadulterated version of Android Pie. The device is also promised with regular software updates and security patches from Google itself.

The handset comes with a 6.01-inch Super AMOLED display with a tiny notch on the top. The switch from LTPS IPS LCD display on the MI A2 to the Super AMOLED on the A3 does look commendable. However, in terms of resolution, it’s a downgrade from MI A2 and even the MI A2 Lite. The device features merely an HD+ display, which may not look as sharp. Despite this parsimony, Xiaomi has generously included Gorilla glass 5 on the top to ensure display protection. Gorilla Glass 5 protection has extended to the rear glass panel as well. So despite the budget nature, it will offer a premium look and feel.

Powering the device is Snapdragon 665 processor complemented with 4GB of RAM. Since there is no significant leap in the performance from SD660 to SD665, there is not much of an upgrade even on the performance front. Although there is no RAM option, Xiaomi is offering 64GB and 128GB variants on the storage side. This time, the company also brought an SD card slot, which is really a good thing.

In terms of cameras, Xiaomi MI A-series has always made quite a mark in its territory. And this legacy seems to continue with the Xiaomi MI A3. The device flaunts a triple camera setup at the back tucked neatly in a vertical configuration. There is a 48MP main camera, which comes capped with an f/1.78 lens. An 8MP wide-angle shooter (118-degree FOV)and 2MP depth sensor complete the triple camera setup on the back. On the front resides a 32MP snapper, which takes up the selfies.

When it comes to the battery, this time there is 4,030mAh unit. And this sounds significantly better than what we saw on the MI A2 (3000mAh). To charge up the device, there is a USB Type-C port, which accepts 18-watt fast charging. However, Xiaomi will include just a 10-watt charger inside the box.

The 3.5mm headphone jack also made a surprise comeback on the MI A3. The fingerprint scanner, however, got relocated under the display. Since under-display fingerprint scanner is quite on the trend, the device may receive attention because of this fancy feature.

The device is launching in three color variants: Blue, White, and Gray. The handset will cost €250 for the 4/64GB variant. The higher-end variant will be €30 expensive. MI A3 will make it to Spain first. It’s already available for pre-order there and will start shipping on July 24. The device is said to hit the global market really soon but there is no solid information regarding the date.