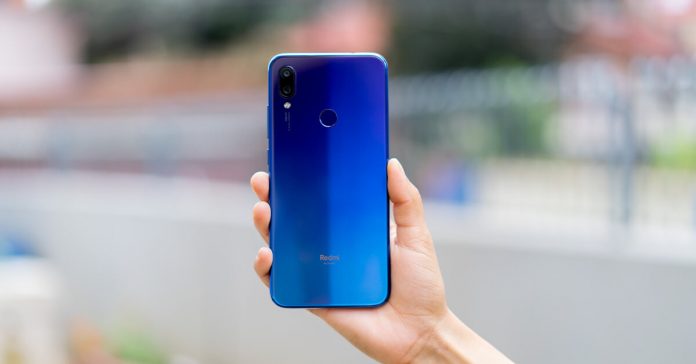 So, been using the Redmi Note 7 Pro as my secondary phone for like 3 months now. It has always been with me while I was reviewing other phones! So, now finally, with new competition like VIVO Z1 Pro and Realme 3 Pro, I am continuedly asked that: is Note 7 Pro still the best value for money midranger out there? I think I am finally going to answer all your queries in this long-term review. So, let’s get started.

First, let’s discuss about the design. Now, there are two things that go in the design aspect – the way that it looks, and the way it feels in your hands. And if we take both into consideration, the Note 7 Pro for me is a mixed bag.

In terms of looks, it’s actually…great! Compared to the bland designs of its predecessor, the 7 Pro offers a fresh look. And with its glass back, the smartphone has some kind of an appeal – it looks quite elegant. This also gives it an edge over other plastic body phones like Vivo Z1 Pro and Realme 3 Pro. Plus, the Gorilla Glass 5 protection on top only adds to its niceties.

But, it does not feel the same on the hands. The smartphone is boxy and feels like a flat glass slab on the hands. It’s a bit heftier than what we would prefer. So it’s not very comfortable to use. And yes, it’s also slippery – which is a given for glass backs, so, you’ll have to use a case on it.

In addition, despite the glass back, the phone has a plastic frame. So, its durability was a concern from the beginning. And if you’ve followed durability tests from JerryRigEverything and TechnicalGuruji, then, it has failed on both occasions.

Now, I was not going to try those kinds of tests myself, but it was a concern. However, during my time with the device, I have not had any kind of such issues, like bends or creaks or whatnots. And my worries didn’t come true, so, it is durable for all kinds of daily abuses.

As for the display, the phone comes with a 6.3” IPS screen with Full-HD resolution, so, the display quality is sharp. Colors look okay – not along with the levels of OLED panels, but for what LCDs are worth, it’s decent. Last year’s Note 5 AI had this slightly bluish tint in its display, but this has been improved here. For this, they certainly deserve a pat on the back. Good job, Xiaomi! The screen is also bright and is legible on broad daylight scenarios, as well. So, no complaints, here. In terms of its aesthetics, the display features a tiny notch on top, and Xiaomi calls it the “Dot-notch display”. And it is also fitting because the teardrop notch is minimal and doesn’t obstruct contents. But if you find it disturbing, you can hide it easily.

However, it’s not the same on the whole screen. Even with the size of bezels decreased considerably, there is a thick chin on the bottom. That houses a tiny LED notification light, but it feels awkward to have one in there.

But at least, it’s better than not having one, right? But as it turns out, in this case, not so much. Because just like on the Note 5 AI and Note 6 Pro, the LED is very small, dim and only glows white. So, it’s difficult to identify them as well.

Now, for the cameras. One of the reasons Redmi Note 7 Pro caused such hype is due to its camera prowess. After all, it has a 48 MP Sony IMX586 sensor which is the same one found on devices like OnePlus 7 Pro, Oppo Reno 10X Zoom, Redmi K20 Pro, and even on the Galaxy A80. But even with the sensor, it only captures 12 MP images by default. However, if you compare its 48 MP images with 12 MP, you’ll not find many differences.

As for image quality, they look decent with plenty of details. Colors are true to life, and when compared to the Vivo Z1 Pro and Realme 3 Pro, the Note 7 Pro’s images stood out most of the time. But if you aren’t satisfied with the imagery, you can always install G-Cam, and take your photography to the next level.

When it comes to low light photography, Google’s Night Sight and Huawei’s Night Mode are quite popular. And Xiaomi added a similar feature in its camera UI. In this mode, the phone decreases its shutter speed and takes some time to process the images and bring out details in the dark. And while there is a slight increase in the amount of details, it really doesn’t do much.

Normal Vs Low Light Images
1 of 16

But that’s the trade-off in Mid-range phones, I guess. Let’s hope Xiaomi will fix it with future updates. Talking about the fixes, there was this frame drop issue while taking videos, and this was fixed with the new MIUI 10.3.12 update.

Alongside the primary shooter, there’s a 5 MP depth sensor for portraits. And portrait images look amazing. Of course, the edge detection is not as polished and we can mostly see the imperfections in the hair of the subject, but most other mid-rangers share the same story, so, cannot complain much.

On the selfie side, there is a 13 MP shooter on the notch upfront. The selfies look decent with good colors, and similar is the case with portrait selfies. Colors are decent, and you get a fair amount of details. However, the edge detection is not quite smooth, and you’ll be able to ding imperfections while zooming into the subject. But upon normal inspection, it looks okay.

Despite all that, I still think the camera is the best thing about this phone. It’s better than the Realme 3 Pro and the VIVO Z1 Pro in raw camera performance, and I think if Xiaomi improves the Software processing in the next few updates, the Sony IMX 586 sensor will live up to its full potential.

Now, let’s dive into the performance. For that, you get the Snapdragon 675, which is the same one on a more expensive Vivo V15 Pro and Galaxy A70. And that’s reflected in real-world usage as well.

In these three months, I have installed over 100 apps, and the phone has handled most of the apps and tasks without a fuss. They load quickly and transitions are smooth and even while multi-tasking with a number of apps, the Note 7 Pro shows no signs of fatigue.

That’s the reason why I got along with the Note 7 Pro for such a long time. And the smooth performance is, also partly, helped by its DDR4X RAM. And if you ask me which memory variant to choose, go with the 4+64GB and not the 6+128GB. Because, the 6+128GB version pricing is close to Realme X and VIVO S1 which offers better specs, period!

As for gaming, I have played all sorts of gaming and the phone handles the graphics-related tasks pretty well. I tested its limits with PUBG at high settings, and the game ran fluently without any stutters. That held up on Asphalt 9 as well, and I noticed no frame drops.

For the software, I have received like 7-8 updates and this proves that Xiaomi is trying their best to optimize the software. And yes, you still get Ads on its UI, and I hope Xiaomi shares the revenue generated by those Ads sometime in the future.

As for security, the fingerprint is fast and accurate, as expected on the Redmi devices, But, for the speed of Face Unlock, it felt like it’s not as snappy as the Oppo or Vivo phones, but still better than the Samsung. Since it’s not that accurate, I didn’t use it much and I don’t have much to tell you about it.

The 4000 mAh battery on the device so far has served me with an amazing backup. Since it was my secondary phone, the phone backed me for more than 2 days easily. This means you should easily get 1 day of use if you are a heavy user. So, endurance is pretty praiseworthy. But what’s not praiseworthy is you don’t get a fast charger out of the box, even though it supports Quick Charge 4.0. That means with a default 10W charger, it takes around 2.5 hours to fully charge the battery.

So, the Redmi Note 7 Pro, despite being like 6 months old, is still a great mid-range smartphone. It has a good enough build, dependable performance, remarkable cameras, and good battery life. But I hope Xiaomi stops sending Ads in the UI, and then improve on smaller things like Vibration motor, speakers, and Antennas on its successor to continue the legacy of providing the best midrange phone every year.