Home OPPO Realme 3i launched with diamond-cut back & a 4,230mAh battery 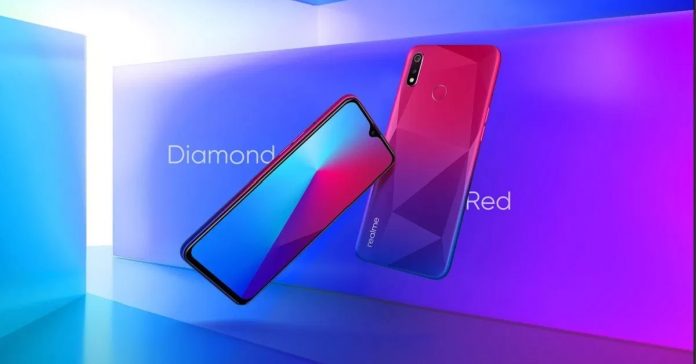 Today marks a new addition to the Realme’s range of budget phones in the form of Realme 3i. Launched alongside the Realme X, this smartphone is set to compete with Xiomi’s Redmi 7A. The phone is basically similar to the Realme 3 available in the Nepali market coupled with the diamond cut-back finish of Realme C2.

Realme 3i offers an octa-core MediaTek Helio P60 Soc with either 3GB + 32GB storage or 4GB RAM + 64GB storage. The screen up front boasts a 6.2 inch IPS HD+ display and a notch to house the 13MP selfie camera. On the back side, it features a 13MP primary camera along with a 2MP secondary one. Also, there is a fingerprint scanner on the back. It is powered by a large 4,230mAh battery which however relies on the dated micro USB port.

A similarity with the past Realme devices can also be found in its software combinations. It uses the combination of ColorOS 6 and Android Pie as its operating system. Realme 3i will be sold in three color combinations, namely: Diamond Blue, Black, and Red.