Months after its initial launch in India, Realme finally brought the Realme 8 into the Nepali market. It is the successor to last year’s Realme 7. While only the company only launched the 8/128GB initially, Realme Nepal has now added the 6/128GB variant into its portfolio as well. Let’s take a look at the specs, features, official price, and availability of Realme 8 in Nepal.

The biggest upgrade that the Realme 8 has over its predecessor is the display. Realme has opted for a 6.4-inch Super AMOLED panel here, and in doing so, ditched the 90Hz refresh rate. You still get a touch sampling rate of 180Hz, though. Since it’s a Super AMOLED panel, the fingerprint scanner is now under the screen. At the back, the “split design” is more profound because of the “Dare to Leap” branding. The phone is available in two color options – Cyber Black and Cyber Silver. Realme 8 is just 7.9mm thick and weighs around 177 grams.

There is nothing new on the performance front on this phone. Realme 8 inherits the same Helio G95 chipset that powered its predecessor. The top-end variant comes with 8GB of LPDDR4X RAM and 128GB UFS 2.1 storage. Realme also sells 4/128GB and 6/128GB variants of the phone. The phone ships with Realme UI 2.0 based on Android 11 out-of-the-box.

A 64MP sensor leads the quad-camera setup at the back. Except for the primary sensor, the camera setup is similar to that of its Pro sibling. There is an 8MP sensor for ultrawide shots and two additional 2MP lenses for macro photos and monochrome effects. While the Realme 8 doesn’t feature a 108MP camera, some of the new camera features of the Pro model are available here. 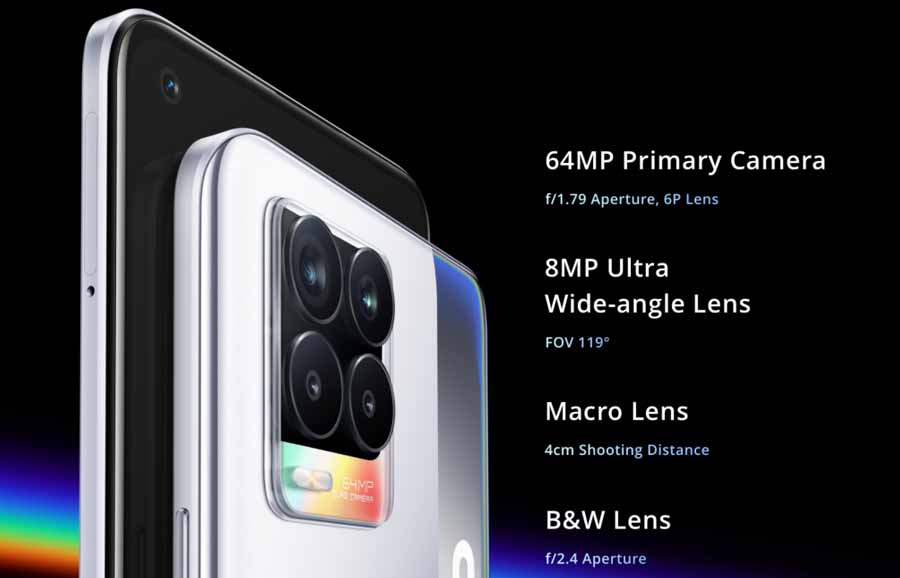 For instance, users will be able to enjoy Tilt-Shift Mode, second-gen Starry mode, and Dynamic bokeh on Realme 8. On the front, there is a 16MP selfie camera from Sony. It supports Super Nightscape, AI Beauty, Portrait, and HDR mode.

Fueling the device is a massive 5,000mAh battery with a standby period of 40 days. It supports 30W Dart Charge that can fill the device from 0 to 100% in just 65 minutes. The phone features triple card slots and has support for dual-band Wi-Fi and Bluetooth 5.1. 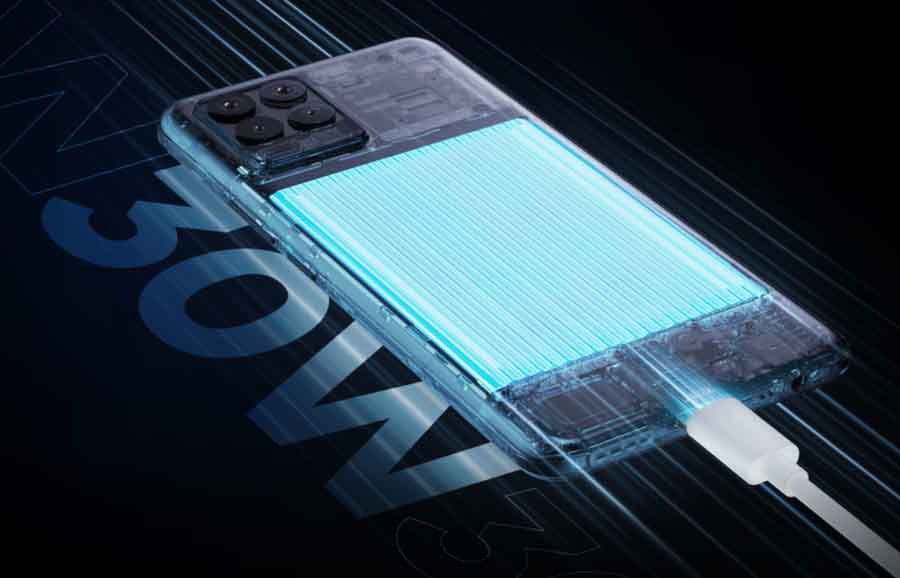 Under the new management, Realme has re-launched Realme 8 in Nepal. The new price of Realme 8 in Nepal is NPR 28,799 for the 6/128GB variant. But, the phone was supposed to cost NPR 27,199 only as per the initial announcement. You can buy Realme 8 in Nepal from Daraz or the company’s authorized stores across the country.