Alongside the GT Master Edition, Realme launched the Realme GT in India last week. The company has been heavily marketing this phone as a flagship killer smartphone. Thankfully, the phone is launching soon in Nepal as well. Let’s learn more about the specs, features, expected price, and availability of Realme GT in Nepal.

If you are into automotive, you will know where Realme got the GT moniker from. GT in the automotive world stands for “Grand Tourer”, and is used to refer to luxury cars that are designed for high speed and long-distance.

Thus, Realme found the moniker fitting for its device which it claims is a “high-performance flagship device” with a “sustained speedy performance and trendsetting design”.

Let’s start with the performance side of things. The phone comes with the Snapdragon 888 chipset. It is a flagship processor from Qualcomm that is based on Samsung’s 5nm chipset.

It’s the go-to chip for flagship Android devices right now, although Qualcomm has already launched its successor. The device is available with 8GB and 12GB of LPDDR5 RAM. Similarly, Realme has gone for UFS 3.1 standard for internal storage. 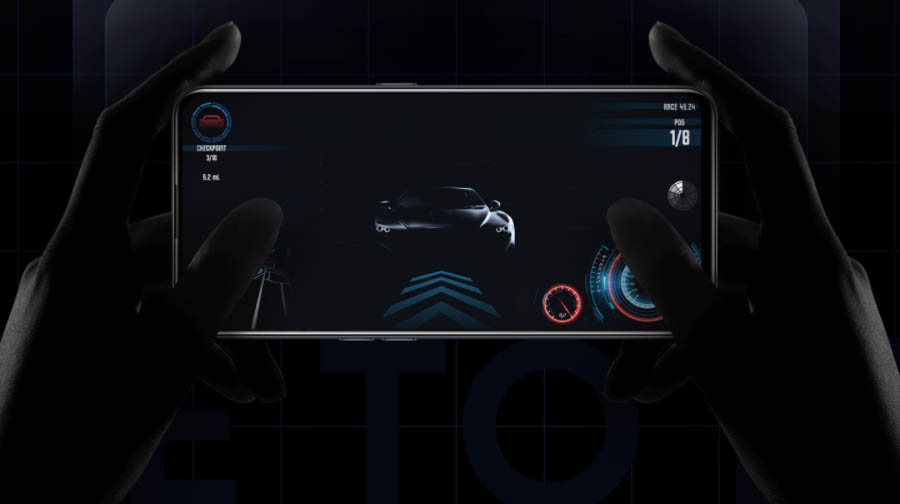 Here, Realme GT features a 3D tempered liquid cooling which the company claims is capable of reducing the core temperature by up to 15-degree Celsius. Realme says it is possible because of its latest-gen cooling setup that consists of stainless steel and copper structures.

There is a dedicated GT mode that you would want to use to make the most of this “performance flagship”. It promises optimized performance, improved visuals, vibrations, sound effects, and faster loading of games.

Realme has also announced the new HyperBoost 4.0 resource management tool that prioritizes gaming over everything else. This phone also has a tactile engine linear motor feedback for 4D in-game vibrations.

Moving on, Realme GT sports a 6.43-inch Super AMOLED FHD+ panel. It has a tiny hole punch on the left that houses the selfie camera. Talking about the display, it covers 100% of the P3 and 98% of the NTSC color gamut. The phone doesn’t miss out on a higher refresh rate as the display provided here refreshes at a rate of 120 times per second. 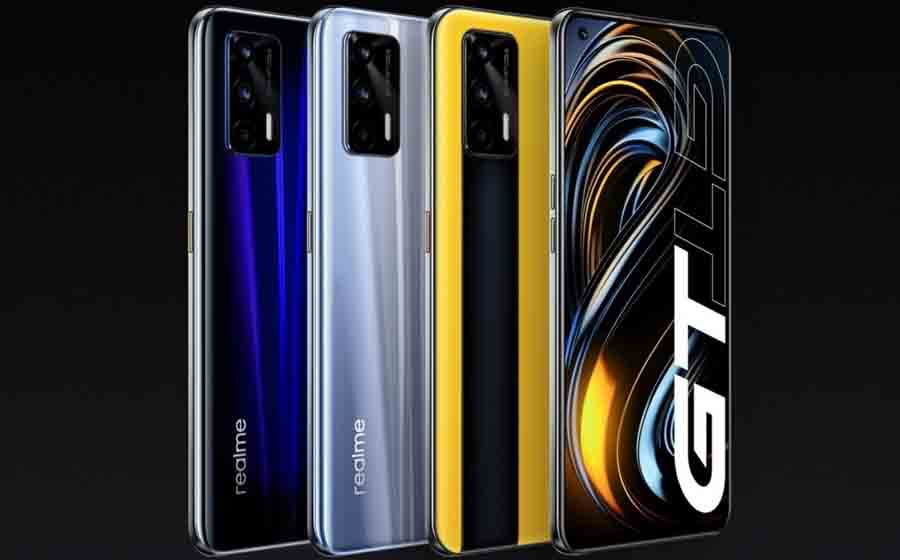 Realme GT is available in three color options – Deep Sea Blue, Galactic Silver, and Dawn Yellow. The latter differs from the other two because of its leather-like finish. It also has a black stripe that runs down the length of the phone starting from the square camera module. As a result, the “Realme” branding has also been shifted to the left.

The other two options feature a polished glass finish. No matter the finish, the phone has a 3D curved body and weighs only 186 grams. Similarly, it is just 8.4mm thick.

The rectangular camera on the back is home to the triple camera setup and the LED flash. The primary camera here is a 64MP Sony IMX682 image sensor. It is accompanied by an 8MP ultrawide angle camera. Completing the setup is an underwhelming macro sensor of just 2MP. On the front, the punch-hole houses a 16MP selfie camera. The camera features are not anything extra-ordinary. Thus, if you want advanced camera capabilities you should wait for the upcoming Realme 8 Series.

Fueling the device is a 4,500mAh battery that supports 65W fast charging technology. With this, the phone can go from 0 to 100% in just 35 minutes. Realme GT comes with dual stereo speakers and a 3.5 headphone jack. Other audio features include Dolby Panorama sound effects and Hi-Res Audio. 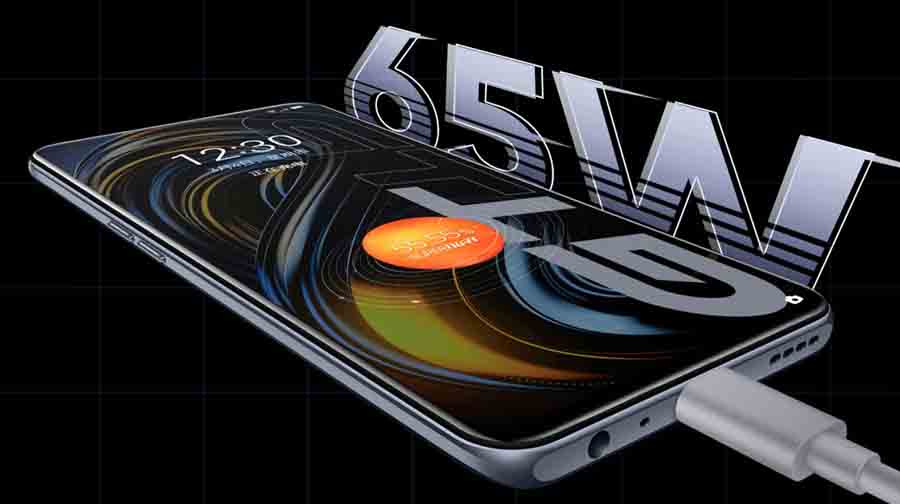 Talking about connectivity, the phone comes with both 5g and Wi-Fi 6 support. It also has support for Bluetooth 5.2 and NFC. The phone ships with Realme UI 2.0 based on Android 11.