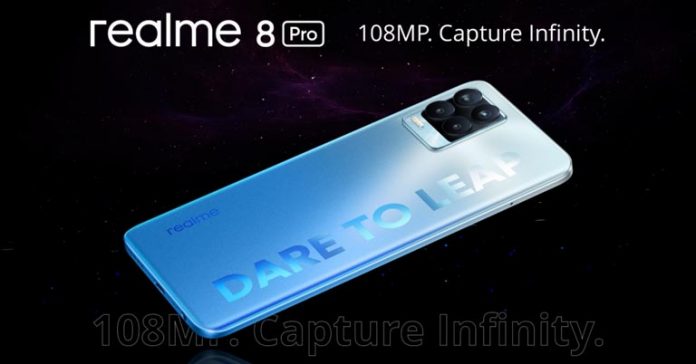 Yesterday, Relame held an online event to announce the launch of its latest number series. In this post, we will take a look at the specs, features, expected price, and availability of Realme 8 Pro in Nepal.

Let’s start with the biggest highlight of the phone – the 108MP camera. Realme 8 Pro is the first phone from the company to sport a 108MP camera. As a result, this has been the major attraction in Realme’s promotional campaign. Still, a 108MP camera in a midrange device is nothing new. Even the Redmi Note 10 Pro Max has the exact same 108MP Samsung ISOCELL HM2 sensor.

So as to differentiate it from the competition, Realme has worked on the computational photography side of things. Realme 8 Pro will come with a new In-sensor Zoom (3x ultra zoom) technology, second-gen Starry mode, Tilt-shift technology, and more.

The primary camera is accompanied by an 8MP ultra-wide sensor, a 2MP macro lens, and a 2MP monochrome sensor. On the front, there is a 16MP Sony IMX471 sensor for the selfie camera.

Realme 8 Pro features a 6.4-inch Super AMOLED panel. It’s an FHD+ panel with a left-aligned circular-cutout for the selfie camera. The display here is a standard 60Hz panel but comes with a touch sampling rate of 180Hz. Still, it is quite underwhelming given that its direct competition, Redmi Note 10 Pro Max offers a 120Hz screen with a 240Hz touch sampling rate for a slightly higher price. However, you do get an in-display fingerprint scanner. The phone comes with a polycarbonate build. Its rear panel is made using an anti-glare crystal process that gives it the textured-matte finish. The phone comes in three color options – Infinite Blue, Infinite Black, and a limited edition Illuminating Yellow. The “Dare to Leap” slogan on the latter glows in the dark, hence the name.

For some reason, Realme has decided not to upgrade the processor here. The Realme 8 Pro packs the same Snapdragon 720G that powered its predecessor. Users can choose between 6GB and 8GB of LPDDR4X RAM but the internal storage remains the same at 128GB (UFS 2.1). The phone ships with Realme UI 2.0 based on Android 11 out-of-the-box.

Fueling the device is a 4,500mAh battery. The charging speed has been reduced from 65W to 50W on the 8 Pro. Still, the company is shipping it with a 65W charger. The phone comes with a triple card slot. There is support for dual-band Wi-Fi and Bluetooth 5.0. 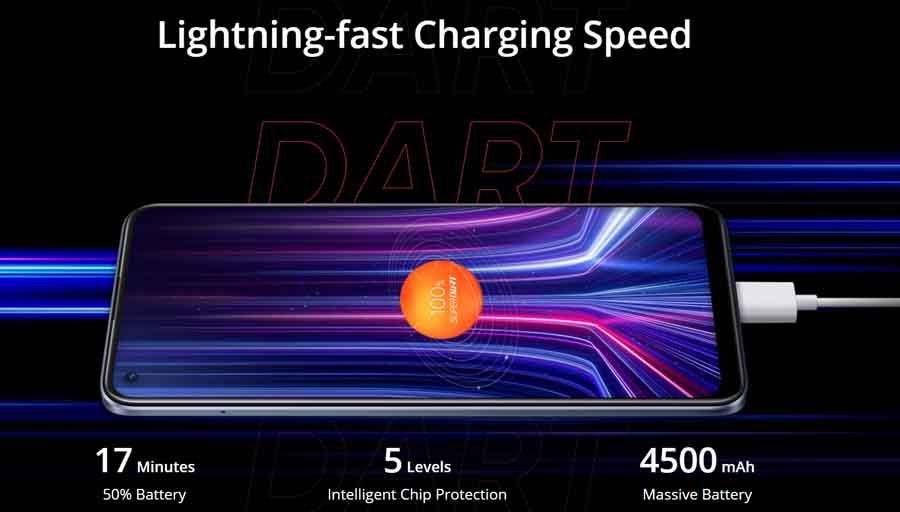 Realme 8 Pro will go on sale in India starting 25th March where its price starts at INR 17,999, making it cheaper than the 7 Pro. We expect the price of Realme 8 Pro in Nepal to start at NPR 32,000 when it launches here shortly.