Realme C series represents the company’s portfolio of budget phones. The company launched Realme C21 in India back in April. It shares a lot of similarities with other Realme C series phones launched in 2020 and therefore is nothing to get excited by. Let’s take a look at the new Realme C21 including its features, specs, official price, and availability in Nepal.

Here, the Realme C21 comes with a redesigned rear panel. While the recently launched C20 features a reflective design with a vertical stripe following from the camera module, the C21 comes with a Geometric Art design.

You can see the speaker grille on the bottom left corner whereas the camera module resides at the top left. Moreover, you also get a traditional fingerprint sensor here. Realme C21 has received TÜV Rheinland Smartphone High-Reliability Certification too. Moving on, like with every other budget phone, this one comes with an HD resolution display as well. It has the same 6.5” Mini-drop screen with a teardrop notch on the top for the selfie camera.

While its predecessor came with Corning’s Gorilla Glass 3, Realme has skipped any sort of Gorilla Glass protection on the C21. The phone has 400cd/m2 of max brightness which is decent enough to prevent terrible outdoors visibility.

Like with everything else I’ve talked about so far, the company hasn’t made any jump in the performance department either. It is powered by the same MediaTek Helio G35 SoC that we’ve seen in multiple Realme phones in the past including C11, C12, C15, and C20. This 12nm chipset has been paired with 3 or 4GB of LPDDR4X RAM and up to 64GB of internal storage. 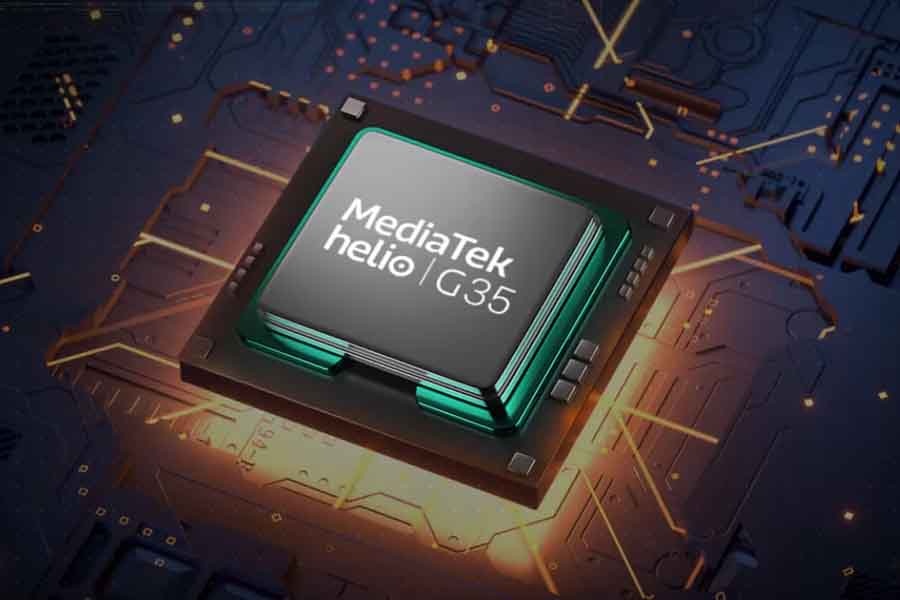 Thanks to the 3-card slot, you can expand the storage via a micro SD card without losing the dual-SIM privilege. Disappointingly, Realme is still shipping its newest phones with Android 10-based custom skin.

It’s been half a year since Google announced Android 11 while developer previews for Android 12 have already begun rolling out. Seeing Realme continuously fail to adhere to the latest OS is more frustrating than disappointing. But new reports suggest that the Realme C21 is finally getting the Realme UI 2.0 (Android 11) update.

In terms of cameras, Realme has upgraded the single-lens setup on the C20 to a triple-camera arrangement here. There’s a 13MP f/2.2 primary camera with 5x digital zoom. Besides this, you get a 2MP B&W lens for portrait shots and a 2MP macro camera with a 4cm focus distance. 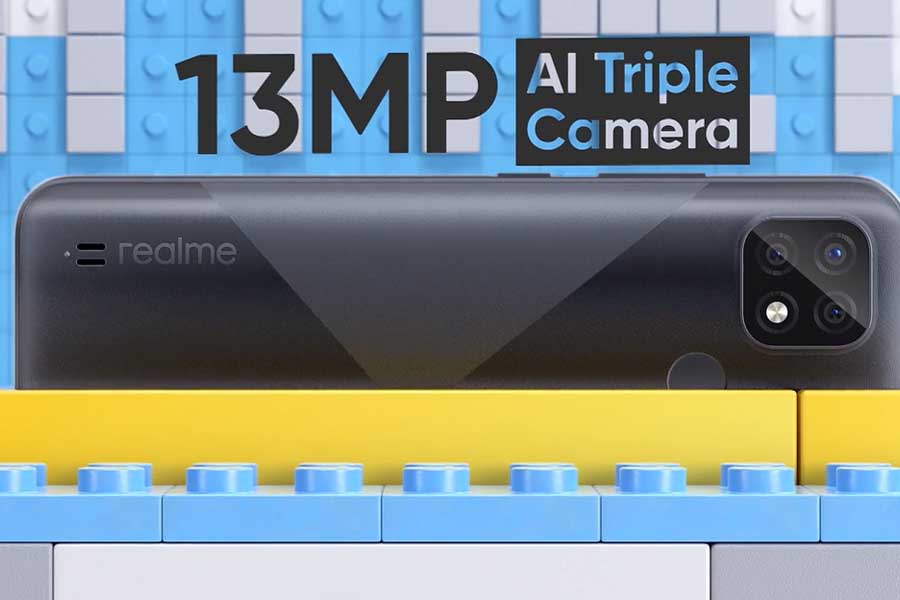 It can shoot up to 1080p/30fps videos and you can enjoy Realme’s camera features like Super Nightscape, Chroma Boost, etc. on this phone too. Coming to the front, you’ll find a 5MP AI selfie camera inside the teardrop notch.

Fueling the Realme C21 is a big 5000mAh battery. Unfortunately, the company is still sticking with a micro USB connection for data/charging purposes. It only supports a charging speed of 10W and you can even charge other phones with the C21. With the “Super Power Saving Mode” turned on, Realme says that just 5% charge lets you stream YouTube for 1.36 hours, 2.23 hours of phone calls, and more.

The official price of Realme C21 in Nepal is NPR 16,999 for the 4/64GB variant. You can buy it from Realme’s official store or select mobile retail shops all over Nepal.