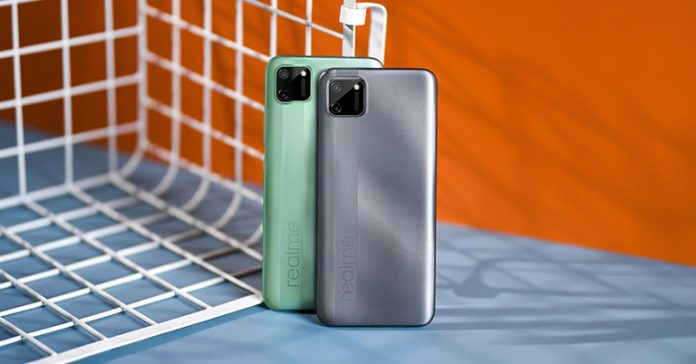 Ever since the inclusion of the Helio G90T in the Redmi Note 8 Pro, the use of MediaTek processors in the budget segment has been on the rise. Realme C11 is one of the first smartphones in the world to be powered by the new MediaTek Helio G35 SoC.

Realme phones are known to come with flashy and shiny designs. However, the Realme C11 sports a design that is more subtle than anything we have seen in a Realme phone until now. The rear panel of the device has a textured finish as we saw in the Realme C3. 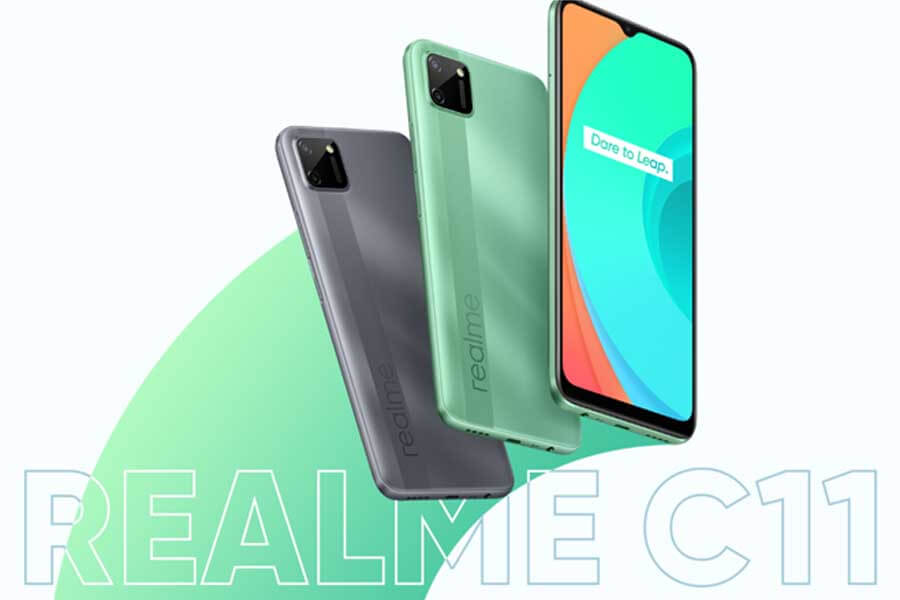 The rear panel reminds me of the Honor 8A/8A Lite. That is because of the strip and dual-tone finish. The strip runs along the length of the device. On the bottom of the screen, Realme has included a branding.

Realme C11 houses Mediatek’s Helio G35 chipset. We are no stranger to the Helio-G series, which was introduced to enhance the gaming experience in low-priced smartphones. We have already tested phones with Helio G90T and G70, and both haven’t disappointed considering the price tag they come with. Similarly, Realme C11 has a dual-camera at the back with a 13MP primary sensor and a 2MP depth sensor. At the front, a 5MP camera resides inside a teardrop notch. The phone features a 5,000mAh battery with support for 10W charging, but via a dated micro USB connection.

Also, Realme C11 has a single memory configuration of 2GB LPDDR4x RAM and 32GB of internal storage. You can also expand the memory using an SD card, which has a dedicated slot in the SIM tray.

A sad thing about the Realme C11 is that it does not have a fingerprint sensor. It does, however, have a face-unlock. Still, most of us are used to having a fingerprint sensor on our devices. So, thee lack of it in this device might prove to be its major drawback.

The official price of Realme C11 in Nepal is Rs. 14,990 and will go on sale starting the 18th of August from select Realme mobile stores all over Nepal.