Realme has added another device to the newly announced GT lineup. The new Realme GT Neo is a cheaper alternative to the standard Realme GT that was launched around a month ago. It is powered by Dimensity 1200 and is designed for mobile gamers. Let’s learn more about the specs, features, expected price, and availability of Realme GT in Neo in Nepal.

Realme GT Neo comes with a 6.43-inch Super AMOLED display from Samsung. It has a left-aligned punch-hole cutout for the selfie camera. It’s an FHD+ panel with support for a 120Hz refresh rate. Similarly, the touch sampling rate is 360Hz. Also, the screen has 100% coverage of the DCI-P3 color gamut. The rear panel has a matte finish and comes in three colors. The phone is just 8.4mm thick and weighs around 179 grams.

Under the hood, Realme GT Neo packs MediaTek Dimensity 1200 SoC. This chipset was announced earlier this year and is based on a 6nm process. It features a three-tier core architecture with Cortex-A78 as performance cores and Cortex-A55 as efficiency cores.

It also features the same 3D VC liquid cooling as the Realme GT. The mechanism consists of stainless steel and copper structures that are said to be capable of reducing the core temperature by 15˚C. You also get the “GT mode” which enables higher performance along with other gaming-related features. 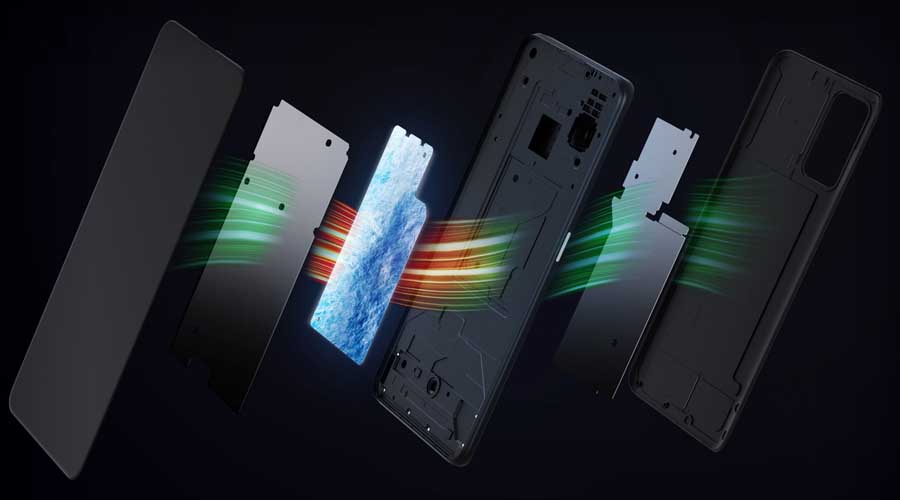 You can even share your screen to play games on a bigger screen. Both wired and Wi-Fi screen sharing options are supported and you can also add a mouse and keyboard for better controls. However, this feature will only be available after a software update.

The triple-camera setup at the back is led by a 64MP Sony IMX682 sensor. There is an 8MP sensor for ultrawide shots. Similarly, the third sensor is a 2MP macro lens. The phone can record 4K/60fps video with the rear camera. You also get support for UIS Max Stabilization. 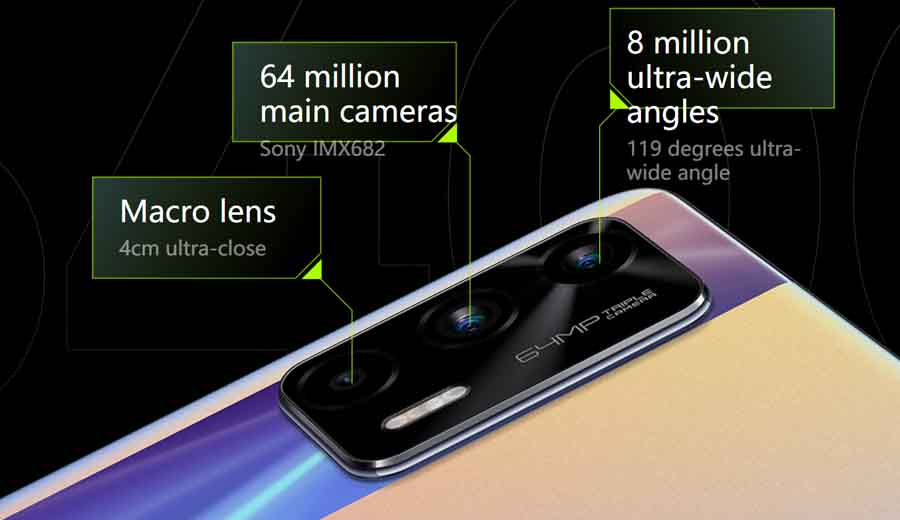 On the front, there is a 16MP selfie camera capable of recording 1080p/30fps videos.

Fueling the device is a 4,500mAh battery. It supports 50W fast charging via the Type-C port. The phone has dual stereo speakers and retains a 3.5mm headphone jack. It also has support for Dolby Audio and Hi-Res audio. The device ships with Android 11 with Realme UI 2.0 on top. There is also a 4D tactile linear motor for better haptics.

Realme GT Neo will go on sale in China from April 7. The base variant is priced at 1,799 Yuan. We can expect the price of Realme GT Neo in Nepal to start at NPR when it launches here.