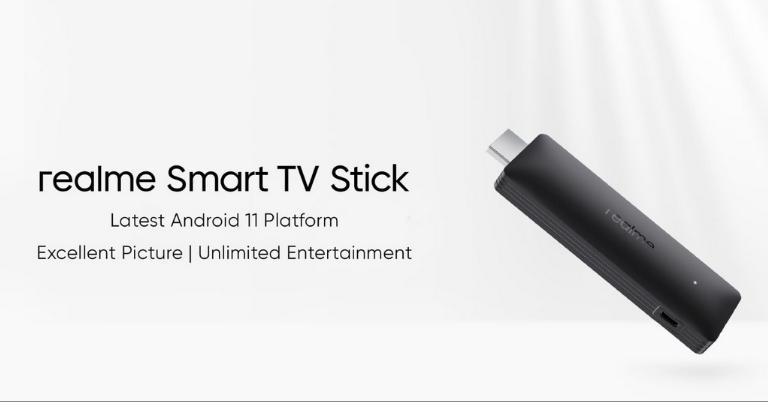 The Realme Smart TV Stick features the same design as the 4K Smart Google TV Stick. It has an all-black matte body with an LED indicator on top and a glossy “realme” logo. Moreover, the side has three lines running horizontally for a visual flair and a micro-USB port for power input. 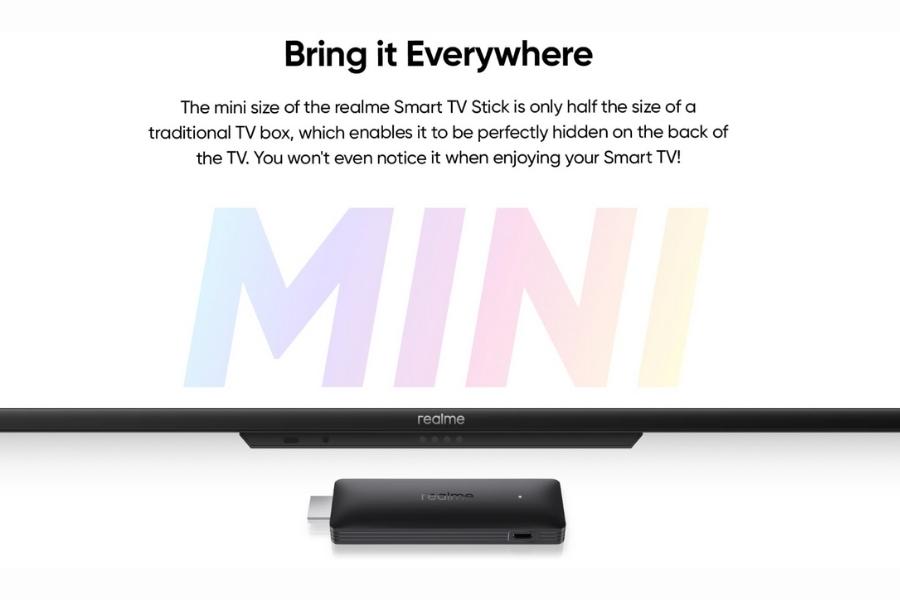 In terms of performance, this TV stick can only stream at up to 1080p at 60fps compared to 4K 60fps on the Realme 4K Smart Google TV. Besides, it supports HDR10+ and has an HDMI 1.4 connector.

The processor on this TV stick is the same as the one on the original Realme stick. The name of the chipset is unknown but it features a quad-core Arm Cortex-A35 CPU. Furthermore, this chipset is paired with 1GB of RAM.

Moving on, the Realme Smart TV Stick runs on Android TV 11 and therefore supports all the popular streaming platforms. Chromecast and Google Assistant are built-in alongside dual-band WiFi, and Bluetooth 5.0.