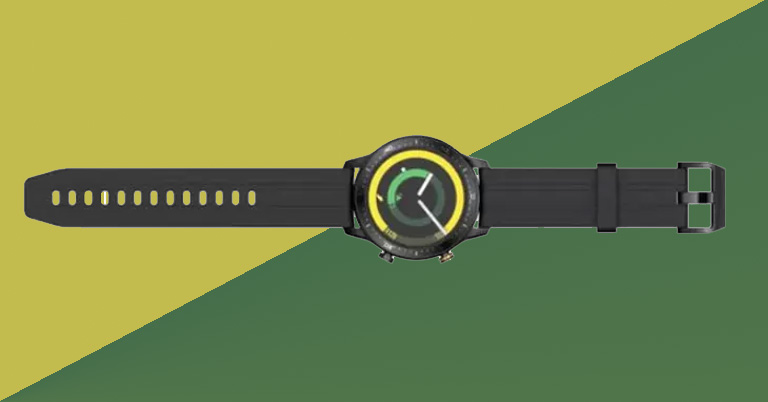 At IFA 2020, Realme announced that the company will be launching its second smartwatch in the last quarter of the year. And now, the upcoming Realme Watch S Pro has been spotted in multiple certification listing giving us some glimpse of the features it will pack. Let’s check out the rumors, leaks, specs, features, and launch date of Realme Watch S, S Pro. 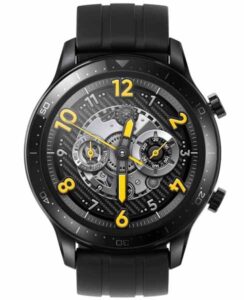 It has already been confirmed that Realme will be walking away from Reame Watch‘s Apple-inspired squarish design. Instead, the upcoming Watch S Pro will feature a circular display. It will have two buttons located on the right side. Rumors suggest that Realme will be opting for a 1.39-inch display with a resolution of 454 x 454 pixels. Another upgrade from the original Realme Watch will be the inclusion of an AMOLED panel. The FCC listing suggests the smartwatch will weigh around 64.5 grams.

Additionally, it will come with a wide range of health and fitness tracking options. For instance: a pedometer, an optical heart sensor, and a SpO2 sensor to name a few. The watch will be able to record and track your heart rate, blood oxygen level, steps taken, distance covered, and sleep as well. Similarly, it will also have a built-in GPS to accurately track activities like running, walking, and cycling. Other sensors include an accelerometer, a gyroscope, a geomagnetic sensor, and an ambient light sensor. For connectivity, it will support Bluetooth LE.

Moreover, it will include a 420mAh battery. It will come with an IP68 rating against water and dust. Like the rest of the Realme AIoT accessories, it will be compatible with the Realme Link app available on the Google Play Store. 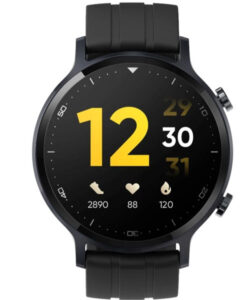 While there is no specific date to point to, the appearance of Realme Watch S and S Pro in multiple certification sites suggests that their launch is around the corner. We will have to wait for the official announcement from Realme for their complete spec-sheet, pricing, and availability.