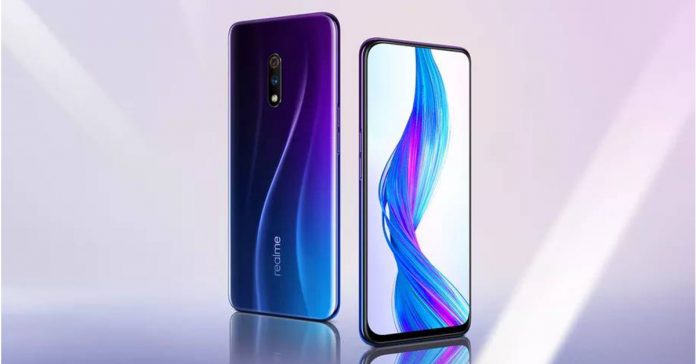 Realme is not a new name when it comes to budget smartphones. The company has strived in providing devices with good value for the price. The phones from Realme pack quite a lot of features for a cheap price. Continuing with that trend, Realme has just launched the Realme X which can give even some of the flagship phones a run for their money if its specifications are concerned. However, the phone is not launching in Nepal.

The Realme X continues the trend of phones featuring tall displays with a 6.53-inch Full HD+ display that has a 19.5:9 aspect ratio. This screen is an AMOLED panel which is an amazing addition for the price the phone comes with.

Under the hood, the Realme X is powered by the 10nm octa-core Qualcomm Snapdragon 710 processor. The company has unveiled three RAM variants of the device – 4 GB, 6 GB, and 8 GB. The 4 GB and 6 GB variants have 64 GB of internal memory while the 8 GB version comes with 128 GB of storage. In terms of the optics, the Realme X has dual cameras on the rear. There is a 48-megapixel primary lens accompanied by a 5-megapixel depth sensor. The 48-megapixel camera has the same Sony IMX586 sensor the new OnePlus 7 Pro comes with which is quite surprising for the fact that the 7 Pro costs $669 in the USA. As for the selfies, there is a 16-megapixel motorized pop-up camera on the Realme X.

The phone houses a 3,765 mAh battery which is supported by fast charging. This device comes with VOOC 3.0 which is a 20W technology. There is an under-display fingerprint scanner on the device and it has Type-C connectivity port on the bottom.

As mentioned earlier, Realme X will not launch in Nepal. Hence, it is not officially available in Nepal. You can purchase it from the grey market. The unofficial price of Realme X in Nepal for the 4/64GB variant is Rs. 27,999.