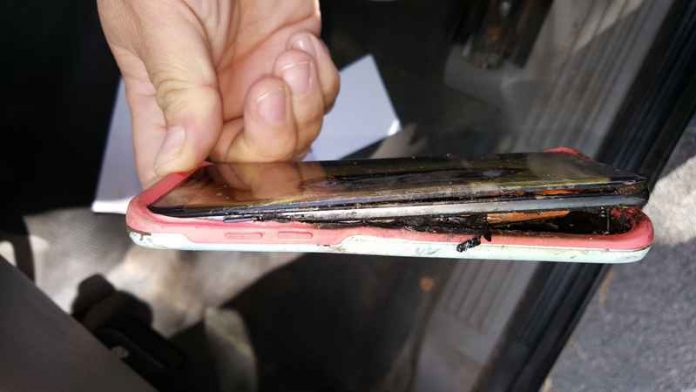 Another replacement Samsung Galaxy Note 7 has reportedly caught fire, and this time on the hands of a thirteen-year-old.

Abby Zuis, the teenager from Minnesota, USA, has told KSTP News that she felt a strange burning sensation in her thumb when she was holding her Galaxy Note 7. The device then started smoking and melting, right after she dropped it.

Abby was quoted as saying, “it felt like pins and needles except a lot more intense.”

Images of the burnt device show typical burn marks and splitting of the Note 7.

An official from Samsung said, “We want to reassure our customers that we take every report seriously and we are engaged with the Zuis family to ensure we are doing everything we can for them and their daughter.”

This is the second Samsung Galaxy Note 7 that caught fire in the past week. On Wednesday, a passenger’s replacement Galaxy Note 7 reportedly caught on fire inside an airplane.