We all know how it is, when it comes to battery life of our smartphones. We tend to use it all day without giving it a rest and end up without any charge before we know it. For those battery hungry people on the go, IMS International, the official distributor of Samsung Products in Nepal has recently launched the Samsung Universal Animal Edition Battery Pack in Nepal.

These battery pack contains the illustrations of endangered animals selected from the IUCN Red list of threatened species. These Battery Packs are a part of “Charge the Life” campaign which aims to raise awareness about the endangered species. There are impressions of 4 animals on the battery pack; Lesser Panda, Fennec Fox which are of 8,400mAh and rest two are the Giant Panda and the Golden Monkey which are of 11,300mAH. 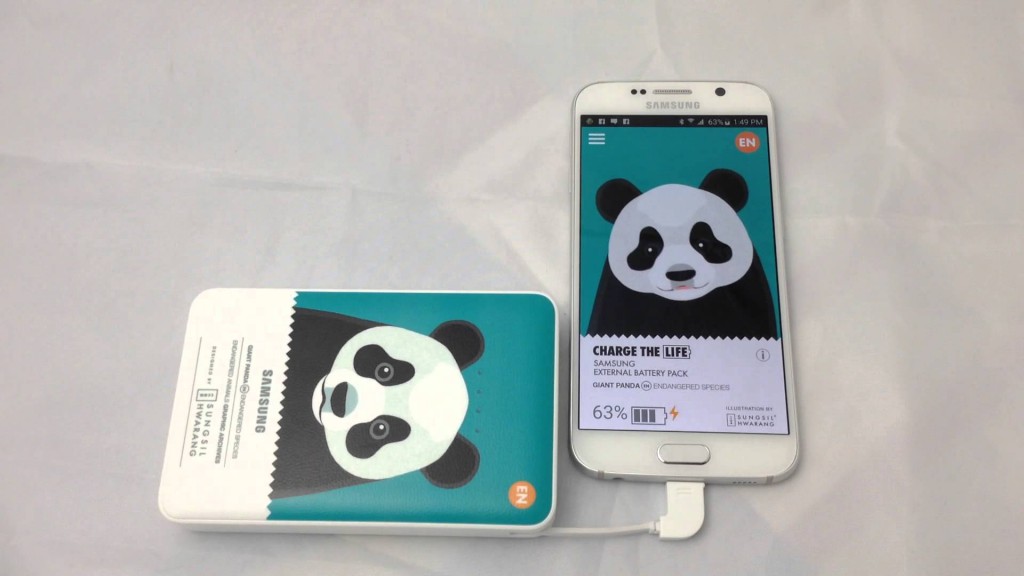 And here in Nepal; we have only got the bigger packs which are the Golden Monkey and the Giant Panda of 11,300mAh. With this amount of battery you can charge your Samsung Galaxy S6 four times and the Galaxy Note 4 three times, which means you don’t have to worry about low battery and load shedding anymore. It is 74.5 x 116.9 x 22.9 mm in dimensions and weighs 256g. It has a full size USB port and another micro USB port for support of maximum number of devices. There are also four LED’s to indicate how much charge is left on the pack like 100%, 75%, 50% and 25%.  For convenience, it comes with integrated two inch charging cable. You can charge almost any device with this battery pack.

Recharging the power bank will take about 5 hours. Also you can download “Charge the Life” on Google Play Store which displays the remaining battery percentage of the pack with animations of animals on the battery pack. This Battery Pack is priced at Rs.7,200 which is available at the Official Samsung Outlets.