Home Reviews Samsung Galaxy A10 Review – Back to the basics! 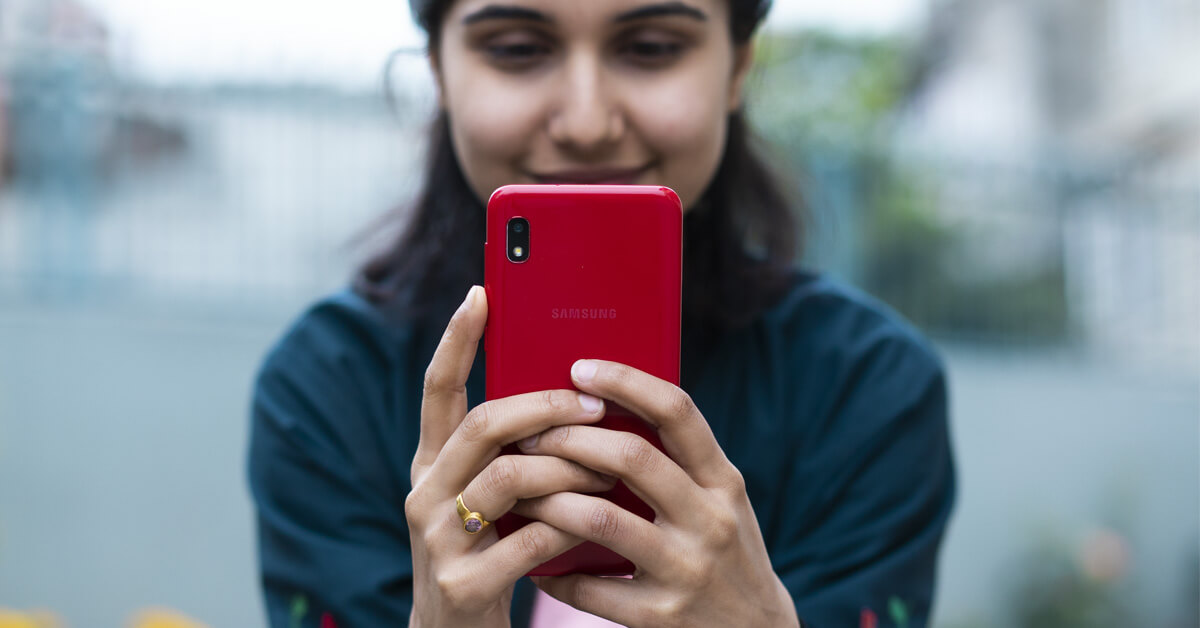 When Samsung was revamping its budget and mid-range series, it received a ton of appreciation. And they kind of deserved it too. They came out with phones like Galaxy M20, Galaxy A50, which were great in some markets. And in countries like ours, some of their phones are undisputedly the best in some price categories. But now, in a bid to give their consumers a lot of choices, Samsung is creating a confusing series of phones…again! The previous J-series was confusing, as it is. Now, the A-series is following the same footsteps. The A-series has a whole lot of phones – A20, A30, A50, A70, A80, and A60 and A40s in China, too. And today we have the Galaxy A10 – which is a budget phone. But I thought M10 was supposed to be that. So what’s the real story? Let’s find that out in this Samsung Galaxy A10 Review.

The A10 here is a bit more expensive than the Galaxy M10 and is a bit more toned up. Still, you can tell it’s your typical budget phone just by looking at its shiny plastic body. It does seem well-built but feels cheap in the hands. Of course, that is to be expected from a phone that costs so less.

There’s nothing worth mentioning about this phone, though. Nothing really stands out except from the awkward speaker placement at the back. That is a poor design choice in my opinion. Also, with a body such as this, it’s easy to get your finger smudges all over it.

Upfront, its display is no hoot either. You get a standard HD+ display in an IPS LCD panel, but for the price, it’s okay. Colors are slightly washed out, but it does have a warm tone all over at the same time. Also, the display can go from very low to very bright, but it’s not enough for good sunlight legibility.

There is an adaptive brightness feature but does not work that well. And turning it off just felt better.

And talking about the performance, let’s just say it won’t let you down. It is smooth enough and it tries its best to run everything you throw at it.

The Exynos 7884 chipset is a lot better than what you get on the M10. Almost everything works…PUBG runs at medium settings with a bit of stutter here and there. At low settings, no such problems occur. And Samsung’s One UI makes the experience a bit better. One UI, as we’ve talked quite a bit about, is more refined, faster and gives a user-friendly experience.

One thing I like about it, however, is, you still get 32 GB storage onboard. There’s also a dedicated microSD card slot to expand your memory.

The bottleneck, here, is the low 2GB RAM. And it hinders your user experience quite a bit. I mean, you should make sure that you turn off the notifications or alerts while gaming, because if you get a message on messenger while gaming, it cannot handle that! The Exynos 7884 would perform better if it had some more support.

Speaking of better support, Samsung could have also included a faster-charging feature on this one. It has a 5Watt charger included in the box which takes about 3 hours to charge. However, the 3400mAh battery does last you throughout the day, so, I stick to charging it overnight.

Now, all we are left to address is the camera on this device. But here, too, there’s nothing worth mentioning. This phone, has, only a single camera at the back which I feel is a step down from the M10 which had a dual camera, remember? 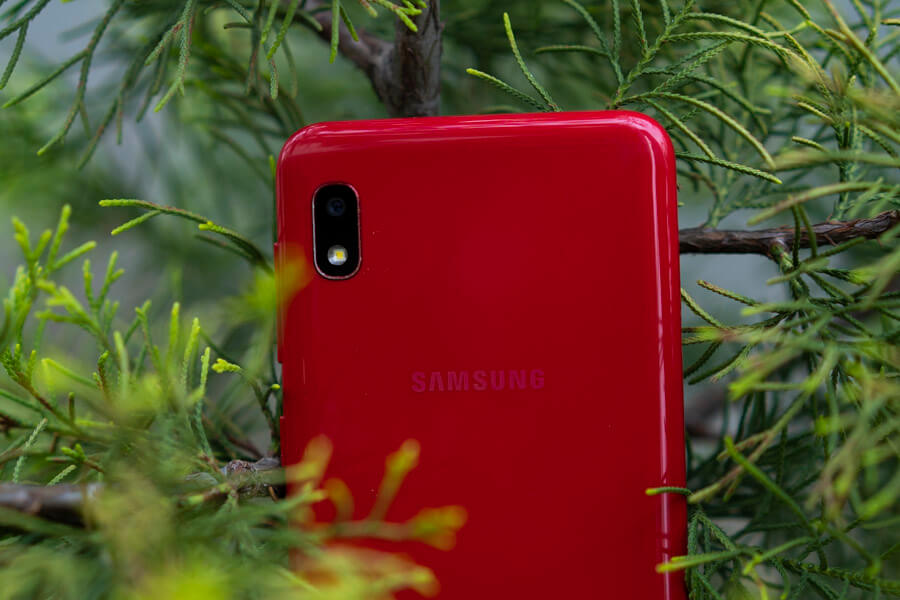 However, the camera is okay and slightly better than the M10. Under good lighting, it captures nice details. The color reproduction is average, there’s less noise and the sharpness are decent. Even so, it could use a bit more vibrancy, because sometimes, photos come a bit washed out. And it tends to lose focus easily while taking some time to focus on a subject.

There’s also the 2X Digital zoom, which, just means regular zoom, and that’s pretty much useless. The same is with low light images. Photos are noisy, lacks sharpness, but at least, the images come out bright…so, there’s that!

And yes, there’s no portrait option in the camera app, which I think Samsung could have done with its software. Selfies are also only just fine, and that is, under good lighting. Color reproduction is good, although, it could do with a bit more details. And under indoor light settings, the phone fails to capture good selfies. It is mostly blurry and lacks everything but noise.

However, you do get some fun stickers which are kind of fun. There’s also a beauty mode. But if I were you, I’d stay away from it.

For videos, the phone is capable of recording 1080p videos from both the front and back camera, and they’re usable. They’re not good, but not bad either, so…it’s just average.

Talking about the extra’s, you get a Bluetooth 5.0 version. But you don’t get a 5 GHz WiFi support and also, no gyroscope. And since this is a budget phone, it also lacks a fingerprint sensor. But there is, a Facial Recognition, which I must say, is pretty slow. Also, it’s not that reliable. So, you’re stuck with the old school patterns and PINs.

So, what do I make of Galaxy A10? Well, I don’t know what to say. This phone is a better version of the M10. But it lacks the extra wide-angle camera which the M10 offered.

And while I think, a price of Rs.14, 190 or some US$130 is a bit too much to ask for some old-school features, there aren’t other offline oriented smartphone brands like Huawei or OPPO or VIVO who can give what Samsung is offering at this price point. So, if you are looking for a budget phone, you just can’t go wrong with the A10.

So is it better than the Redmi 7’s 2 GB variant? Actually, yes. Because both offer the same camera output and more, or less, similar performance. But the A10 offers more storage and a better design compared to the Redmi 7. So, yes.

Samsung Galaxy A10 Pros and Cons