Home Samsung Samsung Announces Galaxy A60 and A40s in China: Samsung is not done... Even after releasing half a dozen smartphones in the A-series, Samsung is not done yet. The South Korean tech giant has yet again released two new phones and this time on China. The new handsets to make a debut in China are Galaxy A60 and Galaxy A40s.

Samsung’s hole punch display on the Galaxy S10 devices has garnered quite a number of fans. And this time Samsung brought the display tech in a midrange phone, which is quite commendable. The display on this device comes with a 6.3-inch IPS LCD panel comprising of a whopping 91.8% of screen to body ratio. On the resolution side, the phone gets the Full-HD+ resolution in 19.5:9 aspect ratio. To achieve such a high screen to body ratio, Samsung gave away the earpiece. Samsung has equipped body sound casting technology with which the sound propagates through the screen. And during the calls, the voice from the other side is audible through the screen. This is quite a fancy tech, which is seen on the flagship devices like the Huawei P30 Pro, Vivo Apex 2019, etc.

Lately, Samsung is being quite generous on the performance side. And the Galaxy A60 is no exception. The phone comes with the Snapdragon 675 chipset, which is also found on the more premium Galaxy A70 and the Vivo V15 Pro. And to aid the performance, Samsung has included 6GB of RAM in its arsenal. Talking about the storage, the phone flaunts 128GB of onboard memory, which can be expanded up to 512GB. And Samsung has employed a dedicated SD card slot for that. 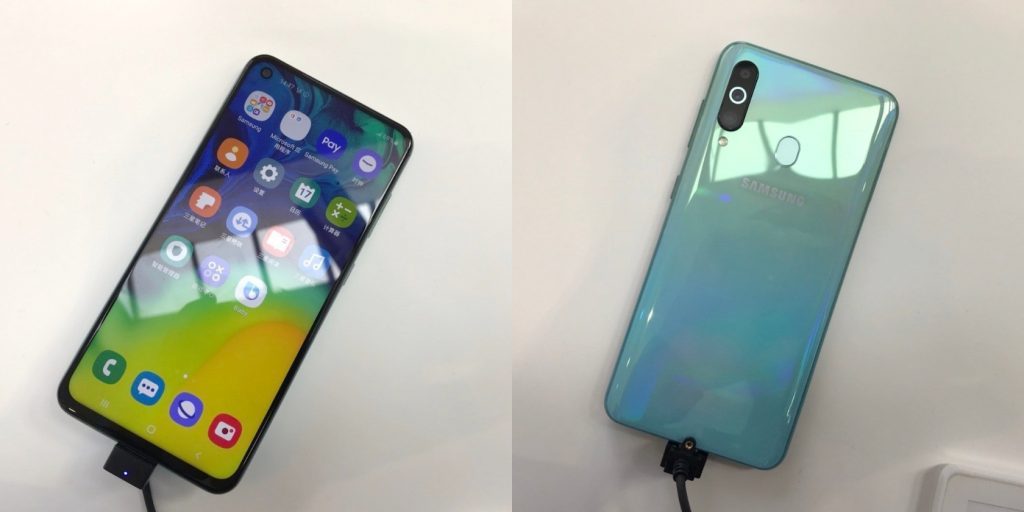 Even on the camera front, the Samsung Galaxy A60 looks enticing. The phone enjoys a triple camera setup at the back, which is a combination of 32MP main camera accompanied by an 8MP ultra-wide-angle shooter and a 5MP depth sensor. On the front, there is a 32MP camera to handle the selfie business.

The phone is fueled by a 3500mAh battery with support for 15-watt fast charging. On to the software, the boots on Android Pie out of the box with One UI on the top.

The Galaxy A40s is the rebranded version of the Galaxy M30. This cues that Samsung has no plans to bring the M-series products to China.

The Galaxy A40s comes with a 6.4-inch Super AMOLED. But unlike the Galaxy A60, this one comes with a U-shaped notch in a tiny water drop style shape. The notch houses a 16MP camera, which can be brought to action while taking selfies and unlocking the device with Face Unlock feature. And talking about the cameras on the back, the A40s also holds a camera triplet on the rear panel. The primary 13MP camera does the normal photo/video shooting, whereas the 5MP ultra-wide-angle lens comes into action to expand the field of view. The third 5MP depth sensor pulls in depth information while capturing the portrait/Live Focus images. 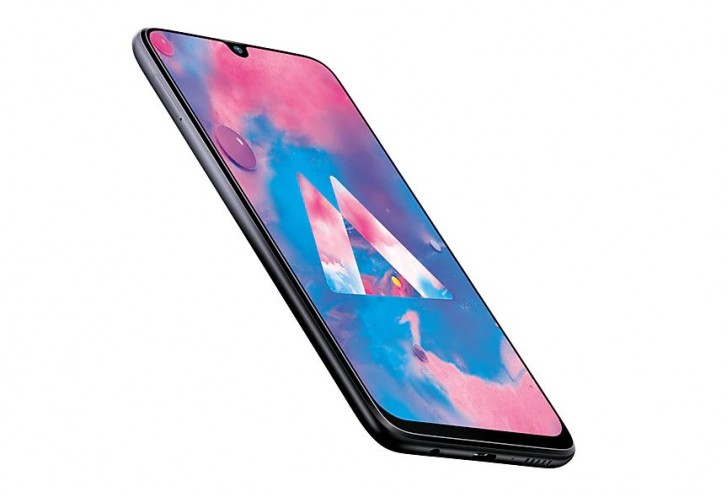 The phone is powered with Exynos 7904 chipset. It gets 6GB RAM and 64GB of onboard storage on the memory side of things. The phone also flaunts a dedicated SD card slot, which aids to expand the memory without sacrificing the SIM2 slot.

The battery is the major highlight of the phone. The 5000mAh battery on the device is quite a powerhouse. Plus it features a 15-watt charging technology due to which the device gets refueled fairly quickly. 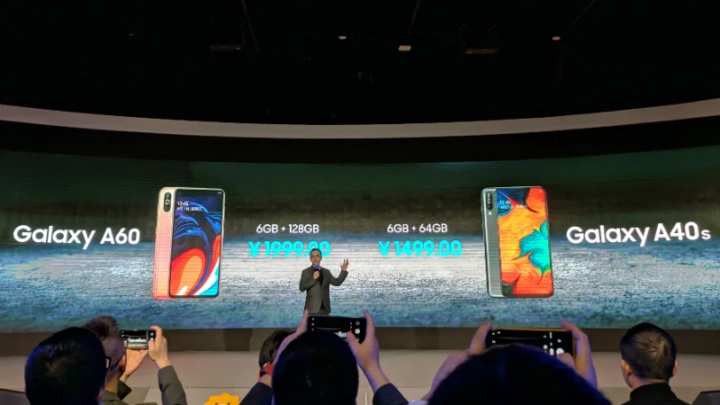