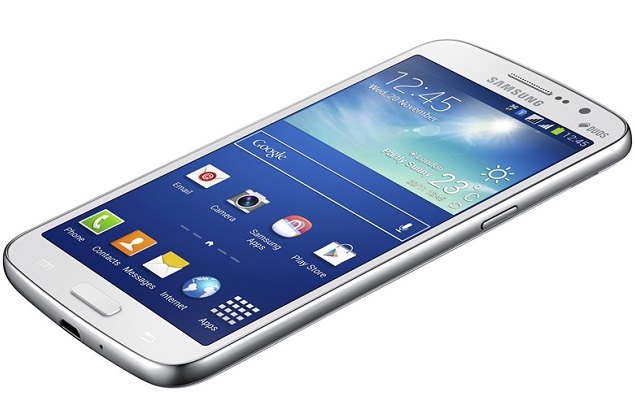 Samsung has launched the Galaxy Grand 2 in Nepal. It is the latest mid-range phone to launch in Nepal and a worthy successor of the original Galaxy Grand. Let’s learn more about the phone here along with its specifications, features, and offered price.

The GALAXY GRAND 2 offers a 5.2-inch display. However, unlike superior Super AMOLED technology, Samsung has opted for a cheaper TFT panel here. It is also a 720P 16:9 display, hence it results in a mere 280ppi. That being said, it is still a superior display as compared to its predecessor.

On the performance front, it runs on the Qualcomm Snapdragon 400 SoC. It is the latest mid-range chipset with quad-core Cortex A7 cores and Adreno 305 GPU. Paired that with 1.5GB of RAM, it should run most of the mid-tier games with ease. However, the Snapdragon 400 chipset is found on even cheaper devices, so maybe they could have gone with a better 600 series SoC.

There’s 8GB of eMMC storage and I personally think Samsung could have provided a bigger 16GB storage here. However, the microSD card slot is still present here. Similarly, there is an 8MP primary shooter and a 1.9MP selfie camera here. Since Samsung usually ships with good optics, we can expect the performance of the camera to be good for the price.

Design-wise, we are looking at fake leather-like plastic back, but it does feel unique as compared to boring mid-range phones of 2013. The front houses a button that works as a button like any other Samsung phone.

It runs on the latest Android 4.3 Jellybean with Touch wiz UI layered on top. Given the software update history, it should get the recently announced 4.4 Kitkat very soon. Finally, it has a 2600mAh battery which is user-replaceable. Other features include Bluetooth 4.0, WiFi b/g/n, 3.5mm headphone jack, and GPS.