Samsung has been on a roll of launching new smartphones in its A and M-series. The most recent device released by the company is the Galaxy M53 5G. It’s the successor to last year’s M52 and comes pre-installed with Android 12 straight out of the box. So, let’s walk through the specs, features, availability, and expected price in Nepal of the Samsung Galaxy M53 5G.

Compared to the rectangular camera bump of its predecessor, the Galaxy M53 5G brings a squared-shape camera module at the back. The new look is inspired by last year’s M62 and has been consistent across all M-series phones in 2022. 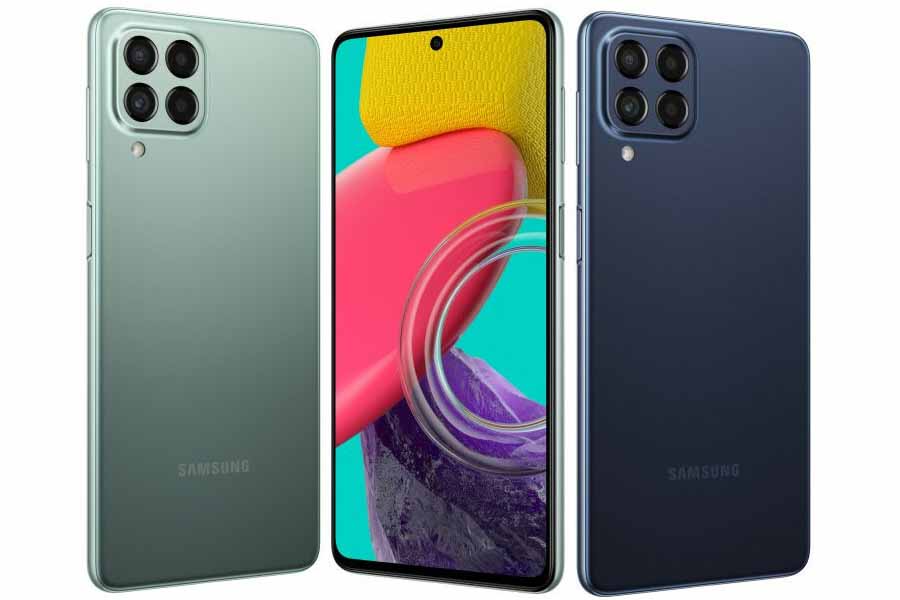 On the front, you get a punch-hole cutout for the selfies and the screen measure 6.7-inch. It’s a Super AMOLED Plus display with a 120Hz refresh rate and FHD+ resolution. The Galaxy M53 is available in Blue, Green, and Brown color options.

In terms of performance, Samsung is replacing Qualcomm which powered last year’s M52 in favor of MediaTek. Specifically, the handset is powered by a MediaTek Dimensity 900 SoC. It’s a 6nm chip with 5G compatibility and two Cortex-A78 cores and six Cortex-A55 cores. However, the chip doesn’t support the WiFi 6 network standards, as a result, the M53’s connectivity maxes out at WiFi 5.

It is available in a sole memory configuration of 6GB RAM and 128GB storage. Yet, you can expand the internal storage via a microSD card. Likewise, the smartphone boots on the latest Android 12-based One UI 4.1. 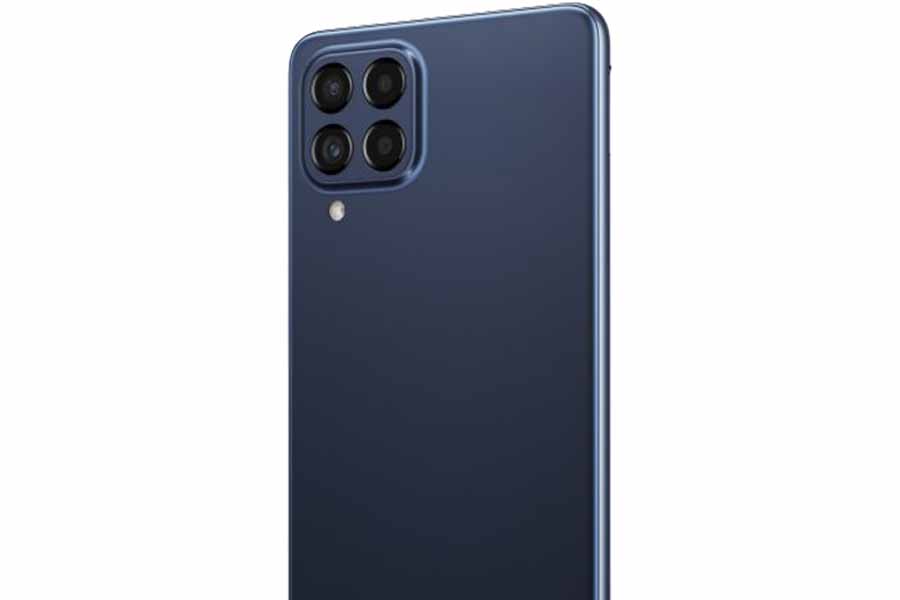 Just like the newly announced A53 5G, M53 5G has a 108MP primary camera, which is quite an improvement over last year’s 64MP shooter. However, this comes at a price as the rest of the camera modules are downgraded. While the M52 has a 12MP ultrawide sensor, the M53 has just an 8MP sensor and Samsung has introduced a 2MP depth sensor while downscaling the macro to 2MP. For selfies, it has a 32MP camera on the front.

Fueling the phone is a 5,000mAh battery, which has 25W wired charging support. However, you will have to shell out extra bucks for the charger as there won’t be any charger in the box. Similarly, biometric options include a side-mounted fingerprint scanner and a face unlock.