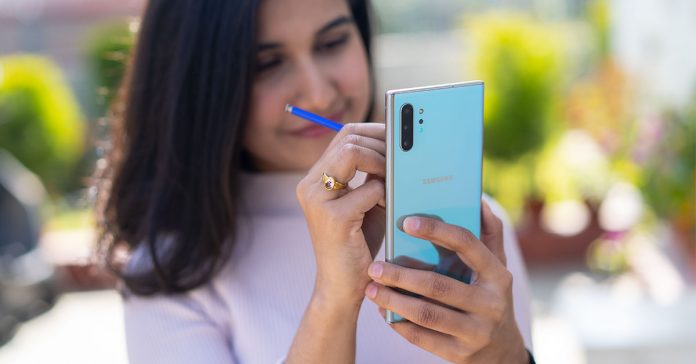 Samsung Galaxy Note 10 Plus and Note 10 are already officially available for purchase in Nepal. According to Samsung, these phones have exceeded expectation in Nepal and is the highest-selling Note devices in Nepal. Now, in a bid to make the Note 10 in Nepal more lucrative, Samsung Nepal is offering some cash back including 51% off on its Galaxy Buds if you purchase the Note 10 or Note 10+. With the discount, you can redeem the Galaxy Buds at a bargain of just Rs. 6,999.

At first glance both the devices, baring their sizes, seem similar. However, they do have some differences. And that’s an obvious cause without any change what would have been the point of launching Note 10+ anyway?

The smaller ones of the bunch, the Galaxy Note 10 sports a modest 6.3-inch Dynamic AMOLED display featuring Full-HD+ resolution. The Note 10+, on the other hand, flaunts a mighty 6.8-inch Dynamic AMOLED display. Unlike the Galaxy Note 10, the Plus variant boasts a sharper display with Quad-HD+ resolution. With 1308 nits of brightness, Samsung Galaxy Note 10+ has the brightness display on any smartphone. Apart from that, Note 10+ also managed to match or set 13 records on the DisplayMate platform.

Talking about the cameras, both the devices have a triple camera setup on the back. It includes a 12MP primary lens, 16MP ultra-wide lens, and a 12MP telephoto lens. The Plus variant also comes with a ToF sensor. So apart from taking amazing portrait images, you can also perform AR (Augmented Reality) related activities. Although the triple-lens setup is barely different from the Galaxy S10/S10+, the image processing has enhanced greatly on the device. That’s why the Note 10+ is ranked as one of the top on DxOmark website. Powering the device is an Exynos 9825 SoC. As far as the RAM is concerned, the smaller Note comes 8GB of RAM, whereas the Note 10+ gets a whopping 12GB of RAM. Storage-wise, both the devices come with 256GB of onboard memory. But you get an extra SD card slot with the Note 10+ to expand things even further. SD card is missing only on the smaller Note. However, both of the devices lack a 3.5mm headphone jack, which may not please the audiophiles.

Talking about the battery, Galaxy Note 10 Plus is equipped with a humongous 4300mAh battery. Note 10 places itself on the modest side with a smaller 3500mAh unit. Both of the devices come with a 25-watt fast charger inside the box. However, you can also use a 45-watt fast charger to speed up the charging speed of the Note 10+. You can also charge the device wirelessly at 15-watt. S-pen, the biggest highlight on the Note devices, this time comes with an in-built gyroscope with which users can give air gestures to trigger certain features on the device.

Budget Honor 8A Lite with Wireless FM launched in Nepal

Budget Honor 8A Lite with Wireless FM launched in Nepal