Home Samsung Samsung takes the DxOMark lead with its Samsung Galaxy Note 10 Plus... 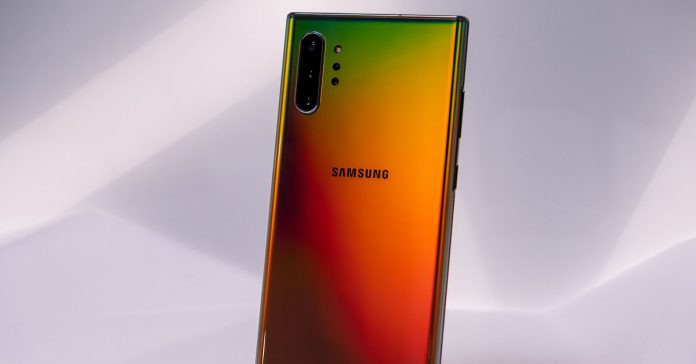 DxOMark is the Holy Grail of camera scores and rankings. Every smartphone company, as well as ourselves, look up to DxOMark to find out which smartphone has the best camera. DxOMark tests comprise of scientific tests of lenses, sensors, image quality, video quality, number of lenses, camera features, etc. And so, the scores and rankings become a benchmark for some while buying new smartphones. And the latest development in the DxOMark leaderboard brings the new Samsung Galaxy Note 10 Plus 5G onto first place!

It had been a while since a Samsung smartphone made to the top of the list. It was the Huawei P30 Pro that was the leader for quite some time. Yes, the Samsung Galaxy S10 Plus 5G, later, shared the same spot, but could not take down the P30 Pro. But now, the tables have turned in Samsung’s favor. It was obvious that the Galaxy Note 10 would definitely pack some great artillery in the camera section. But now, it just got confirmed.

It’s not that the Galaxy Note 10 Plus 5G cameras are any different than the regular Note 10 Plus. But DxOMark tests generally require the top-end phone, which is the 5G variant of the Note 10 Plus. So, that’s plausible. The Samsung Galaxy Note 10 Plus packs a Quad-camera setup at the back. The setup comprises of a 12 MP primary camera, another 12 MP Telephoto lens, a 16 MP Ultra-wide angle lens and a ToF (Time-of-Flight) Depth Vision sensor. The 5G variant adds an extra ToF sensor. So, you get all kinds of lens you would want in a smartphone camera. The front camera is a 10 MP sensor.

Also, the Galaxy Note 10 Plus lets you take 4K videos @ 60fps and Super Slo-Mo videos @ 960fps as well. In addition to this, the phone is equipped with a Pro-grade camera to shoot videos, meaning you won’t need any extra gear to capture professional-level videos. Features like Live Focus videos and Zoom-In Mic really convince you too. And the Super Stabilization feature works even in Hyperlapse videos!

Furthermore, Galaxy Note 10 Plus also has Edit-On-the-Go features. You can edit your videos directly on the phone itself, without having to connect to your PC! Its native video editor allows you editing functionality right on your phone with things like trimming and transitions. Plus, there are other features including AR Doodle, 3D Scanner, and even Night Mode on the Front Facing camera! And by the looks of all this, it’s doesn’t seem like a surprise that this phone made to the top of the DxOMark list.

Samsung does enjoy the top spot on the DxOMark list currently. But how long will it stay there is the big question. We have other flagship phones dropping in very soon. For instance, Huawei might want its top spot back with its Mate 30 Pro. And of course, the new iPhone XI are to arrive soon as well. And how can we forget the king of smartphone cameras, the Google Pixel 4XL? Let’s wait for the Game of Phones…