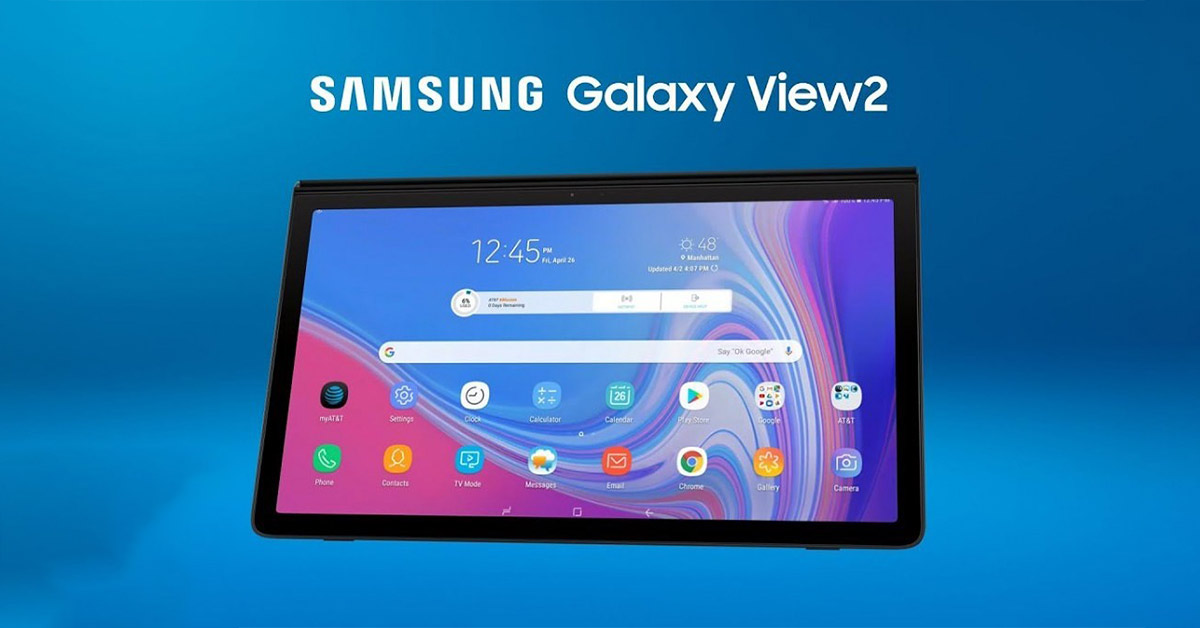 Tablets were supposed to be the future. They were this device that was the missing link between mobile phones and laptops. However, the devices have seemed to have gotten lost somewhere in between as they haven’t really lived up to their “so-called” potential. But that isn’t stopping Samsung from launching another tablet.

The Korean Giants have just launched the new Samsung Galaxy View 2 which is the successor the Galaxy View, released in 2015. This new device is meant for someone who wants a tablet and a TV on the same device. It is basically a TV and tablet hybrid.

The Galaxy View 2 sports a mammoth 17.3-inch display that has quite a bit of bezel on the surrounding. Even with the tall display, Samsung has only included full HD resolution on the tablet. The Galaxy View 2 definitely feels large while handling, so, Samsung has included a built-in cover that also works as a stand while viewing multimedia on the device.

Inside the device, Samsung has included its very own octa-core Exynos 7884 chipset that is being aided by 3 GB of RAM. It features 64 GB of internal memory with support for external storage.

In terms of optics, the Samsung Galaxy View 2 houses a 5-megapixel rear-facing camera. To back all of the hardware, this device packs a large 12,000 mAh battery. There hasn’t been any news regarding the charging technology it supports, though. With a large display and battery, Samsung has targeted this device towards a specific audience. And to make the user experience more worthwhile, the Galaxy View 2 has four speakers with Dolby Atmos Audio.

The Samsung Galaxy View 2 is already on sale on AT&T’s website. As for the price, well, take a breather first. The tablet will be available for $37 per month on a 20-month installment plan or for $739.99 without any plans.